March 5, 1842 - In a prelude four years prior to the start of the Mexican War, troops under Mexican leader Rafael Vasquez invade Texas and briefly occupy San Antonio in the first invasion since the Texas Revolution.

The Republic of Texas still had its problems. Yes, it was an independent nation since winning the war with Mexico in 1836. Problem is, Mexico did not recognize that. Plus, to their west, Comanche territory was still in question, and the new Republic of Texas' stated goal to control lands into New Mexico was particularly problematic with the Comanche nation controlling the area in between, what today would be most of west to northwest Texas. But it was still somewhat of a surprise when the forces of Mexican General Rafael Vasquez crossed the Rio Grande River in 1842. Yes, there had been those rumors. On January 9, 1842, Monterey General Mariano Arista had spoken about invasion and amnesty for those that allowed it. But when the Vasquez force settled into the city of San Antonio on March 5, 1842 without much of a fight, the Republic of Texas was unsettled to say the least.

So what precipitated Mexico's action? First, the Comanche question. Republic of Texas policy toward the Comanche nation which controlled the vast portion of West Texas that the Republic also wanted had been mixed since the war for Texas Independence had ended. President Sam Houston negotiated peace with the tribe during his first term, but his successor, Mirabeau Lamar disagreed, returning on the attack against the tribe by invading Comancheria, the area of Comanche control, after his election in 1838. Continued Comanche raids at the end of Houston's term had favored the electorate toward Lamar, who wanted a more aggressive approach. How aggressive? During a peace conference in 1840, thirty-five Comanche chiefs were killed. What was the Comanche response? The Great Raid of 1840 saw the towns of Linville and Victoria destroyed.

But what did that have to do with Mexico's response and attack? The Republic of Texas had its hands full on its western flank with the Comanche, costing lives, treasury, and attention. Its next election in 1841 brought Sam Houston back as President, with negotiated peace with the Comanche his high priority. In fall of 1841, Antonio Lopez de Santa Anna returned to the Presidency of Mexico. His policy was to harass the Texas frontier and create havoc that would discourage further immigration. At Santa Anna's orders, General Vazquez crossed the Rio Grande River with seven hundred men. On March 5, after several brief skirmishes, Mexican forces took control of San Antonio, raised the Mexican flag, but left two days later when Texas military approached.


Did Mexico Come Back?

Quick answer. Yes, and they'd stay until the Battle of Salado.

Longer answer. President Houston and citizens of southern Texas were aghast. He declared a national emergency, thinking that the Vasquez attack was only a prelude to an attack on Austin. Houston made appeals to the United States for money and men. Volunteer companies were organized with thoughts to invade Mexico first before they could attack. In June and July, Mexican forces crossed the Rio Grande River again and skirmished with Texas militia. They returned to Mexican territory quickly and Houston thought the problem had been answered, dismissing the militia.

On September 11, 1842, one thousand four hundred Mexican troops, Cherokee allies, and two cannon crossed into Republic of Texas territory again. Under General Adrian Woll, a French soldier of fortune, they captured San Antonio with Tejano assistance. Six days later, with Texas forces luring Mexican forces from town, the Battle of Salado Creek, northeast of San Antonio, occurred on September 17. Despite being greatly outnumbered, Texian militia, two hundred twenty in number, defeated the Mexican troops, who counted more than one thousand five hundred in their command. Woll retreated from San Antonio, followed by the Texas troops, but crossed the Rio Grande back to Mexico with limited resistance. It was estimated that sixty Mexican soldiers were killed with hundreds wounded in the Battle of Salado Creek against only one Texian killed and nine wounded.

On To The United States

One year before the 1842 battles with Mexico were fought, new President John Tyler, now an independent with no political party affiliation, announced his plan for expansion during a special session of Congress on June 1, 1841. His main goal was the annexation of Texas. The questions for both the Republic of Texas and the Congress of the United States at this time were more complicated. They involved slavery, Great Britain, and a possible reproachment with Mexico by the Republic of Texas to remain an independent Republic. Great Britain was against the United States gaining the territory, wanting to halt their expansion west, but did not want to annex the Republic of Texas itself. Anti-slavery forces were afraid adding Texas, a slave Republic, as one state, or even more, would tip the balance of power to the slavery states. On September 18, 1843, negotiations began between representatives of the United States and the Republic of Texas. They did not always go smoothly. However, two years later, annexation would occur. Mexico did not like it much at all, i.e. the Mexican American War would start in 1846. 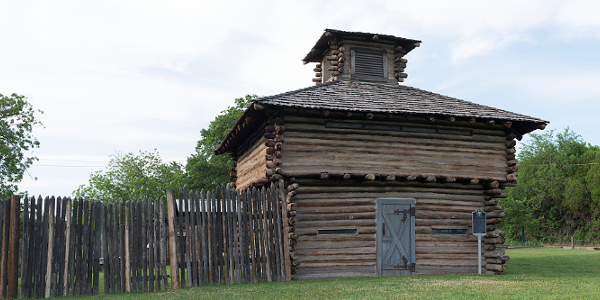