January 21, 1888 - The Amateur Athletic Union (commonly referred to as the AAU) is formed. The association was created to assist teams and players in a variety of sports. 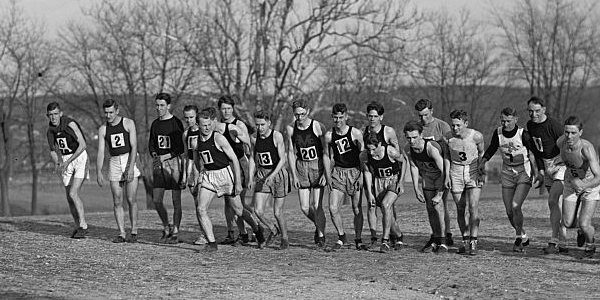 It was a time when amateur sports were an almost exclusive part of the sport landscape in the United States. Professional baseball of the Major League variety had recently begun in 1871 with the National Association and subsequent National League in 1876. There was professional boxing of various kinds and horse racing. It was a time when there was no basketball at all until four years later in 1892 with Naismith's invention, so therefore no NBA, not founded in any form until 1946, and no true professional football league until the founding of the American Professional Football League in 1920, which would become the National Football League after a name change. Amatuer sports, for the most part, had the sporting landscape to itself, but had little organization. So some men who had been players themselves at the New York Athletic Club, James E. Sullivan and William Buckingham Curtis amongst them, began to formulate an idea of an athletic union. On January 21, 1888, it was formed, what we know as today as the AAU or the Amateur Athletic Union.

James E. Sullivan had been a track star at the Pastime Athletic Club since 1877, and had recently started a career in sports publishing with the newspaper, the Athletic News, in 1880. William Curtis was a Civil War veteran, serving with the Illinois Volunteers, and was a championship competitor in several sports, including gymnastics, rowing, weightlifting, and sprinting. For nineteen years, he did not lose one race in the one hundred yard dash. Curtis was one of the founders of the New York Athletic Club in 1868 and the Chicago Athletic Club in 1872. He was also involved in sports publishing, editing the New York sports newspaper called the Spirit of the Times.

By the time 1888 rolled around, Sullivan, Curtis, and several other prominent athletes were considering a consolidated union that would create standards and uniformity. They would run championships in a variety of disciplines and eventually represent the United States in international sports federations, including the Olympic movement and national sports teams until 1978. Harry McMillan was elected its first President in 1888 and served three years. Initially, fifteen athletic clubs joined the new organization.

Early Historic Dates of the AAU

On April 6, 1888, the newly formed Amateur Athletic Union conducted its first championship. Competitions were held for boxing, fencing, and wrestling at the New York Metropolitan Opera House. Since that date, most national championships are held under the aegis of the AAU.

January 1, 1915 - Women's swimming is recognized as an AAU sport after controversial rulings and votes to ban women from competitive AAU sports in early 1914.

AAU and the Olympic Games

When the International Olympic Committee was formed in 1894, James E. Sullivan and William Milligan Sloane, an educator from Princeton, were the two IOC members from the United States. They formed a committee, now known as the U.S. Olympic Committee, in 1895 to organize participation of American athletes in the first modern Olympic Games, to be held in 1896 in Athens, Greece. There were fourteen athletes from the United States competing at the first modern Summer Olympics Games in Athens; track and field (athletics), shooting, and swimming. They won the most Gold Medals, eleven.

With the passing of the Amateur Sports Act of 1978, the AAU lost most of its responsibility in managing amateur sports at the Olympic level, replaced by national Olympic organizations of the various sports.

"The new Amateur Athletic Union seems to live. Among the organizations which have recently applied for membership in it are the Chicago Athletic Club, the Pullman Athletic Club, and the Garden City and Wanderers, all of Chicago. The membership consists of 15 clubs. The Union's first annual boxing and fencing championship meeting will be held at the Metropolitan Opera House April 6. ..." 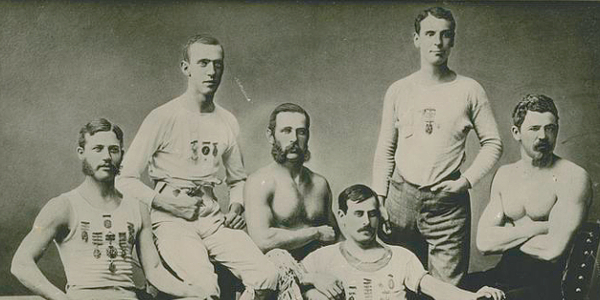