June 1, 1890 - Preparations for the United States census begin using an automated tabulating machine with punch cards invented by Herman Hollerith. It was a historic moment in the history of computing; Hollerith's company eventually became IBM. 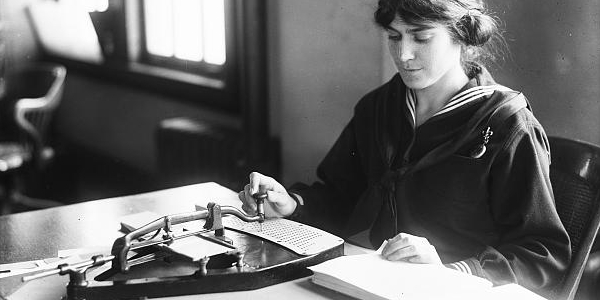 In many ways, thinking of the start of International Business Machines (IBM) and the computing age, it seems incongruous that its beginnings would initiate during the Victorian era. But it did. When Herman Hollerith developed his automatic tabulating machine for use with the census, the advent of the age of automation was here. Hollerith worked on the 1880 census as a statistician and began thinking of a better way to tabulate the laborious task, using the suggestion of a friend of basing it on the Jacquard loom. After teaching at MIT, Hollerith began working for the United States Census Bureau in 1884. That same year, he filed a patent for the Art of Compiling Statistics. Five years later, it was granted on January 8, 1889 (Patent #395,782). His doctoral thesis about a punch card system to tabulate results became the basis for his awarded degree at Columbia University in 1890.

Hollerith, under contract with the Census Bureau, began making tabulators for use with the 1890 census. Use of his machines was meant to reduce the time for the census from eight years to six, some say to three months. It saved the Bureau five million dollars. Its popularity grew. By the 1900 census, Hollerith's tabulators were being used around the world for census data collection and other uses. England, Italy, Germany, Russia, Austria, Canada, France, Norway, Puerto Rico, Cuba, and the Philippines were among those joining the automated world for their census duties.

As the industry grew, Hollerith continued to refine his machines, becoming the basis for the data processing industry. Automatic card-feeds, keypunch, and removable control panels to support job changing with little effort became hallmarks. His designs would dominate the industry for over one hundred years. Hollerith also began experimenting in the field of braking systems for the railroad industry, with patents for corrugated metal tubings and electromagnetic pneumatic and vacuum operated brakes.

Herman Hollerith was born in Buffalo, New York to an immigrant Professor from Germany. He graduated from the Columbia University School of Mines with an Engineer of Mines degree at the age of nineteen.


Hollerith began producing his punch card tabulating machines under the name The Hollerith Electric Tabulating System until 1896 when he founded the Tabulating Machine Company in Georgetown. On June 16, 1911, four companies, including Hollerith's, joined together as a holding company to form the Computing-Tabulating-Recording Company. The consolidation was the brain child of Charles R. Flint, a financier. Besides Hollerith's firm, the other three integrated into the company were the International Time Recording Company, Computing Scale Company of America, and the Bundy Manufacturing Company. Bundy was a manufacturer of timekeeping devices after the invention of a time clock to record worker's arrivals and departures by Willard Bundy in 1889.

The holding company was headquartered in Endicott, New York, and between the four firms employed one thousand three hundred workers. Over the next decade, under the leadership of Thomas J. Watson, fired from rival National Cash Register Company, CTR would explode with business, reaching into Europe, South America, Asia, and Australia. Watson never liked the name CTR, and in 1924, the holding company renamed itself International Business Machines or IBM. Today, IBM employs over three hundred and fifty thousand employees.

1890 - Hollerith wins competition by census to use his device, saving years and millions of dollars in the count.

1906 - The first automatic feed tabulator is developed, operating at 150 cards per minute. 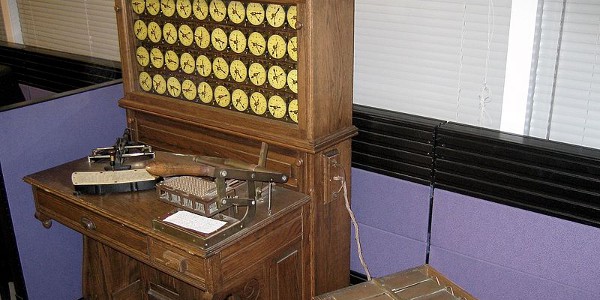