There was no such thing as the Antiquities Act, which didn't come to pass until 1907 allowing a President to establish a National Monument by his own hand. So when President Benjamin Harrison, and others, decided it was important to safeguard the woods and valleys still left within Washington, D.C., he had to use other tools. There were only two national parks in existence by this time, i.e. Yellowstone the first in 1872, and Mackinac National Park in 1875, with two more coming in California by the end of the 1890 year, Sequoia, in September, and Yosemite, in October. No, Mackinac is no longer a national park (transferred to the state of Michigan to be a state park in 1895), but still a cool place to visit.

Civic leaders had been thinking about establishing places of repose within the growing capital. The National Zoo had been established in 1889, so it seemed natural for the effort to protect the woodlands in the northern park of the District of Columbia. Charles C. Glover, was a banker (Riggs Bank), philanthropist, and advocate for city parks. He would help create over three thousand acres of parks in Washington, D.C., including the nearly two thousand acres of Rock Creek Park when Congress finally established the park in 1890, an effort begun two decades earlier in 1866.

The Act of Congress on September 27, 1890, appropriated one million two hundred thousand dollars for the purchase and associated costs, with one half of the cost to be repaid to the United States Treasury by the District of Columbia. Annual maintenance and other costs were to be shared fifty/fifty by the District of Columbia and the United States Government.

Once purchased, it only took five days before the Rock Creek Park Commission had their first meeting. They would settle on one thousand six hundred and six acres at a cost of one million one hundred and seventy-four thousand five hundred and eleven dollars. Construction of facilities and paths was begun in 1897, with substantial completion by 1912. Two bridges were constructed across Rock Creek in 1901, the Boulder Bridge (still standing) and the Pebble Dash Bridge (since replaced). Twenty-one miles of bridal paths and four miles of footpaths were constructed by 1912.

Rock Creek Park was transferred to the National Park Service in 1933.

Rock Creek Park has been extended since the days of its establishment, now including areas such as Meridian Hill Park, Dumbarton Oaks, and more. It receives more than two million visitors a year and is one of the most heavily visited National Park units, #41 as of 2018, in the nation, even though most who visit Washington, D.C. likely don't realize it. There are three Visitor Centers (the Nature Center, Planetarium, and Pierce Mill), plus ranger services at the Old Stone House, a gem of the pre-Revolution era, built in 1766 and located in Georgetown.

The National Park Service unit includes much more than the original Rock Creek Park acreage, so a visit to Rock Creek Park can also include areas such as Fort Bayard, Fort Russy, Fort Stevens, Fort Reno, Georgetown Waterfront Park, and Meridian Hill Park with the largest cascading fountain in the United States. They boast that there are ninety-nine places to visit. There are ranger guided hikes, a planetarium show, concerts in the summer, plus thirty-two miles of trails to hike among its one thousand seven hundred and fifty-five acres. 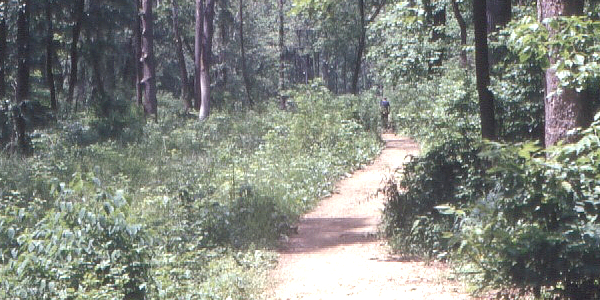