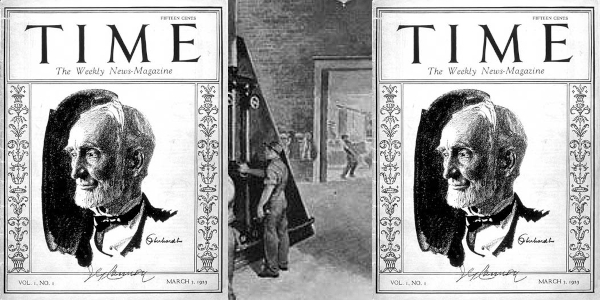 Over the last one hundred years, Time Magazine was one of the most influencial magazine publications in the United States, and around the world. On March 3, 1923, it hit the newstand with its iconic one person cover, now an obscure politican, former Speaker of the House Joseph G. Cannon. There would be only thirty-two pages in the first edition, published in New York City by its two co-founders, Henry Robinson Luce and Briton Hadden. Hadden would serve as its first editor. Its original intent, to provide straight news with no particular bias.

How did it begin? Henry Robinson Luce and Briton Hadden were classmates at Yale, had run the Yale Daily News, and were three years from their graduation in 1920. Their take on the public was that they were not well informed and that a magazine (first proposed name, Facts) that could summarize the most important news of the week in less than one hour would be valuable and popular. They raised eighty-six thousand dollars starting in 1922, and were ready for its first publication by March of the next year, with Roy Edward Larsen hired to gain subscribers.

The first five years were lean, but starting in 1928, profits from advertising and circulation began to grow significantly. Profits in 1926 were $126,000. By 1927, its reader base was 127,000 per week, and by the mid-1930's, revenues had grown to over $12 million per year, and net income of $2.7 million. The company had started two other profitable magazines as well, Fortune and Life, and bought Architectural Forum. All told, circulation for Time had grown to 615,000 per week, Life 1,300,000, Fortune 140,000, and the Architectural Forum 30,000. They'd started a radio program, the March of Time, broadcast on CBS starting March 6, 1931, that was listened to by eight million. A newsreel in theaters adapation was seen by an estimated twenty million per month.

It was originally sold for fifteen cents an issue.

At its height of circulation, Time Magazine sold twenty million copies per week worldwide, and had one hundred publications in its empire, included Sports Illustrated and House and Home.

With the changing times in newsprint and the advent of the internet cutting into its popularity, in 2017, Time cut its circulation down to two million.

Briton Hadden got his first job after graduating from Yale at the New York Herald while Henry Robinson Luce headed west to work for the Chicago Daily News. After Luce was dismissed from the paper, Hadden convinced him to join him writing for the Baltimore News in December 1921. It was there, the next year, that they hatched the idea of a news magazine. For most of the first six years of publishing Time Magazine, Hadden served as its editor, with Luce, Larsen, Robert Livingston Johnson, and other founders tending to the business side. After Hadden died suddenly in 1929, Luce and Larsen expanded the brand and took the company through expansion and continued success.

Luce would remain Editor-in-Chief of the firm until 1964. Roy Edward Larsen would work for Time for fifty-six years. 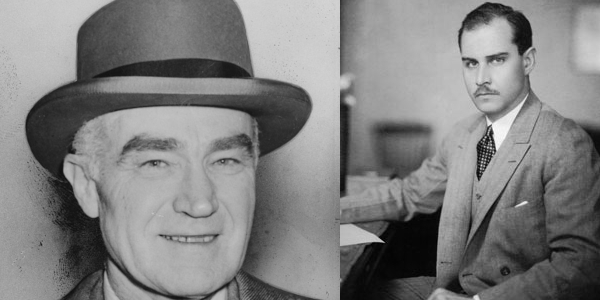