January 5, 1925 - Nellie Tayloe Ross is inaugurated as the first woman governor of the United States in Wyoming. Miriam Ferguson is installed two weeks later as the second during a ceremony in Texas. 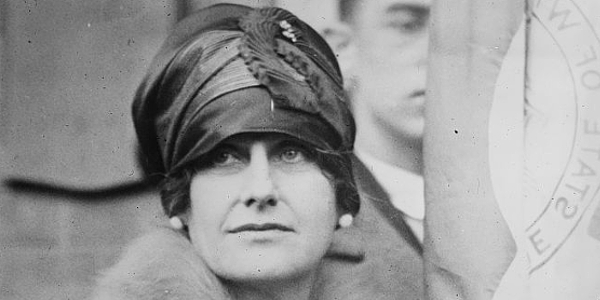 Yes, when Nellie Tayloe Ross and Miriam Ferguson took the oaths of office for governor in their respective states in 1925, it was woman power nonparalleled in the auspices of United States politics. And in the case of Ross, as first governor of Wyoming, she would serve her term as, through 2020, the only governor of Wyoming. What's up with that?! And that fact is more surprising given the women's rights record of Wyoming even prior to her election. In 1869, Wyoming Territory had been the first in the union to give women the permanent right to vote.

Nellie Tayloe Ross was forty-seven years old when she ran for governor in 1924. Born in Missouri, she had been the Democratic Governor of Wyoming's wife until his passing, then ran for the seat in a special election with a platform that included prohibition. She was an educator by trade, urged for tax cuts and assistance for poor farmers. She championed child labor laws, banking reform, and advocated for children, women, and miners. On January 5, 1925, she was sworn into office after winning election by eight thousand votes from the total of seventy-nine thousand. In 1926, Ross ran for a full term, but was defeated by Republican Frank Emerson by one thousand three hundred and sixty-five votes, blaming it on her stance for prohibition.

Miriam Ferguson (Wallace) was born and educated in Texas, then married James Edward Ferguson, a lawyer, who also became governor. Ferguson was a Democrat against prohibition. In 1917, during his second term, husband James, known in political circles as Pa Ferguson, was impeached, convicted, and removed from office in a political payback for disagreements with the former Lieutenant Governor and newspaper publisher, William Harding Mayes. He was convicted on ten counts by the Texas Senate, including misappopriation of public funds and receiving $156,000 from an unknown source. He was banned from seeking election to any Texas office. He ran anyway in the 1918 Democratic primary, but was defeated by his successor and former Lieutenant Governor William P. Hobby.

Miriam, known as Ma Ferguson, was not so banned. She mounted a campaign in the 1924 election under the slogan, "Me for Ma, and I Ain't Got a Durned Thing Against Pa," stating that the voters would get two governors for the price of one and that she agreed with her husband's positions. Ma Ferguson won with 58% of the vote, despite the fact that former governor, William P. Hobby, a Democrat, supported her Republican challanger. She was sworn into office on January 20, 1925, the first female governor who had won election in a general campaign. Ferguson did not gain reelection in 1926, losing in the Democratic primary, but would win again in 1932. She tackled difficult and controversial subjects; against prohibition despite not drinking, firmly against the Klu Klux Klan, including an anti-mask law that was overturned by the courts, advocated for a state sales and corporate income tax, which the legislature did not pass, and issued four thousand pardons to prisoners to relieve overcrowding.

What Did Ross and Ferguson Do After Serving?

Nellie Tayloe Ross was influential in the Democratic Party despite her defeat for a second term. She became a supporter of Al Smith for President, despite their disagreement on prohibition, and was nominated for Vice President of the United States at the 1928 Democratic Convention, gaining thirty-one votes from ten states. In 1933, she was appointed the Director of the Mint by President Franklin D. Roosevelt, the first woman to gain that post, and served during the difficult years of the depression. She served five terms until retiring in 1953.

Miriam Ferguson ran for another term for Governor of Texas in 1940, but failed to regain the Governor's office. 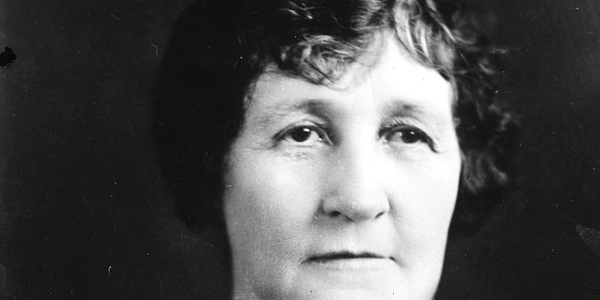