October 11, 1929 - JC Penney opens its Store #1252 in Milford, Delaware, the last state in the Union to have one of their stores. The growth of the nationwide chain indicated the prosperity of the decade only two weeks before the stock market crash of 1929 would ensue. 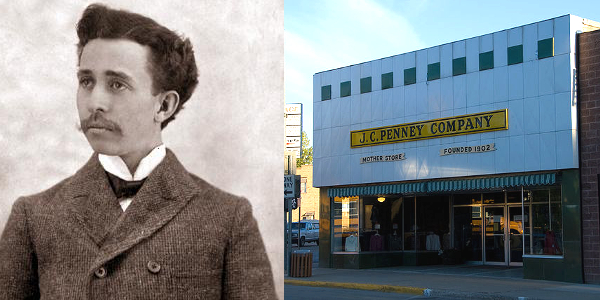 They did not now what would come two weeks later, or, if you're a student of the demise of store retail in the 2010's, what the industry would be like ninety or so years later. All J.C. Penney, the department store chain, knew on October 11, 1929, was that over one thousand stores would traverse the nation's states and dominate retail just over twenty-five years after its founding.

James Cash Penney founded the chain on April 14, 1902 in Kemmerer, Wyoming, a seemingly odd place to begin a retail giant. Kemmerer, a coal mining town, would have 843 residents in the 1910 census; even today there are just over 2,500. Penney had been part of a small chain of stores known as Golden Rule, working for the owners, when they suggested he move to Kemmerer and open up his own store, a one room shop, for them. The first year went well, earning a profit of $8,000 from sales of $28,000. By 1907, Golden Rule was no more, but Penney had full controlling interest in three stores; within five years, Penney had a total of thirty-four stores in the Rocky Mountain states.

Growth continued at an exponential pace. By 1917, there were one hundred and seventy-five stores. By 1924, there were five hundred. That was doubled by 1928 when revenue reached $190 million dollars (today that's $2.71 billion). Store #1252 would open on October 11, 1929, allowing J.C. Penney to boast that they had a store in all forty-eight states.

During the Great Depression, Penney himself lost most of his personal fortune and borrowed to meet payroll for the stores, but the stores, with their low price philosophy, did better than most. After weathering that storm, growth continued after the depression decade with Penney's now in one thousand six hundred locations by 1941. Penney's were traditionally located in downtown locations with the first mall location opened in 1961 in Audubon, New Jersey. The larger mall stores allowed Penney's to expand merchandise. Through that decade and up until 1973, Penney's continued to grow, reaching its highest penetration of stores with 2,053 locations that year.

Today, despite the challenges of store retail in the United States against traditional competition such as Wal-Mart and Target, plus internet based giants such as Amazon and Ebay, J.C. Penney still has eight hundred and sixty locations in the United States and Puerto Rico and has been attempting, like many other retailers, to rebrand themselves for the current and difficult retail landscape. Total revenue in 2017 was $12.5 billion and the chain had 98,000 employees. The mother store in Kemmerer, Wyoming is still open.

Who Was James Cash Penney and Why Did He Hire Sam Walton?

Penney was born in 1875 to strict Baptist preacher parents from Hamilton, Missouri. How strict? Before he had reached his teens, James Cash had to buy his own clothes. Apparently, he thought eventually owning the stores would be a good path for his future. By 1898, he was working for the Golden Rule chain of stores. Within four years, the owners of that chain offered him a partnership in a new store they planned for Kemmerer, Wyoming. Penney invested two thousand dollars in that store. For more than four decades, Penney would be active as Chairman of the Board, resigning in 1958, and continued to work for the chain for more than a decade after leaving the top post. A museum dedicated to James Cash Penney is located in the J.C. Penney House in downtown Kemmerer.

Nobody knows why Sam Walton, the founder of Wal-Mart, was hired by Penney's in 1940 for their store in Des Moines, Iowa after his graduation from college, but it may, as history unfolds, become the worst move in the department store's history. His pay was low, $75 per month; Walton would work there for eighteen months. James Cash Penney even personally helped a young Sam Walton wrap packages during a visit to the Des Moines store. Twenty-two years later, Walton would found Wal-mart. 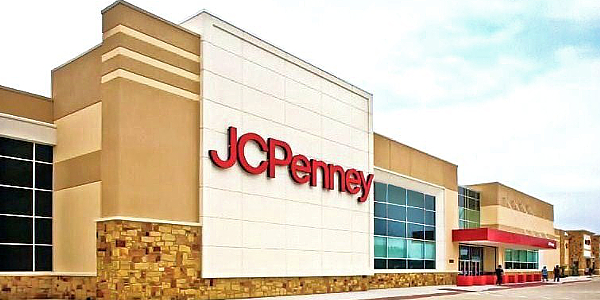