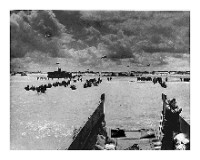 Photo above: Troops from the United States and other Allied nations land on the beach at Normandy, France in 1944, beginning the western European invasion that would lead to defeat of Nazi Germany. Courtesy National Archives. Right: British military officers in the North African desert in 1941. Courtesy Library of Congress.

June 3, 1940 - The United States government approves a sale of surplus war material to Great Britain.
June 14, 1940 - On the same day Paris fell to the German army and Auschwitz received its first Polish prisoners, the Naval Expansion Act is signed into law by President Franklin D. Roosevelt, increasing the capacity of the U.S. Navy by 11%. Four days earlier, Roosevelt had condemned the actions of Italy's declaration of war against France and the United Kingdom.
September 2, 1940 - The Great Smoky Mountains National Park, the most visited park in the National Park Service today, is officially dedicated by President Franklin D. Roosevelt. The park, whose land had been acquired in part by John D. Rockefeller, Jr. with a $5 million contribution, straddles the North Carolina and Tennessee state lines.
September 16, 1940 - The U.S. Congress approves and enacts the first peacetime conscription draft.

March 11, 1941 - The George Washington Carver Museum is dedicated at the Tuskegee Institute with the participation of such luminaries as Henry Ford. The museum is now part of the Tuskegee Institute National Historic Site.
March 11, 1941 - The Lend-Lease Act is approved, which provided $7 billion in military credits for American manufactured war supplies to Great Britain and other allies; in the fall, a similar Lend-Lease pact would be approved for the USSR with a $1 billion loan.
July 7, 1941 - The United States occupies Iceland, taking over its defense from Great Britain and attempting to thwart a potential invasion by Nazi Germany.
August 14, 1941 - An eight point declaration of principles called the Atlantic Charter is issued by President Roosevelt and Great Britain Prime Minister Winston Churchill.

September 28, 1941 - Ted Williams ends the 1941 season with a batting average over 0.400, the last player to accomplish that feat.
December 7, 1941 - The attack on Pearl Harbor, Hawaii, commences at 7:55 a.m. when Japanese fighter planes launch a surprise attack on United States soil, destroying the U.S. Pacific Fleet docked at the base. This attack, which took the greatest amount of U.S. naval life in history with 1,177 sailor and marines perishing in the attack, as well as the loss or damage to twenty-one naval ships, led to the entry of American troops into World War II. One day later, the United States of America declares war on Japan, officially entering World War II. On December 11, 1941, the United States declares war on Germany and Italy, responding to their declaration of war against America.

February 19, 1942 - Executive order 9066 is signed into law by President Franklin D. Roosevelt, confining 110,000 Japanese Americans, including 75,000 citizens, on the West Coast into relocation camps during World War II. The remains of the first of these detention camps resides in California's Manzanar National Historic Site. These camps would last for three years.

June 4-7, 1942 - The Battle of the Midway is fought at Midway Islands in the Pacific with the Japanese fleet encountering its first major defeat of the war against the United States military. As the Battle of Midway comes to an end on June 7, Japan invades the Aleutian Islands, the first invasion of American soil in 128 years.
June 20, 1942 - The development of the first atomic bomb is signed into agreement between the Prime Minister of Great Britain, Winston Churchill, and President Franklin D. Roosevelt in Hyde Park, New York.

August 7, 1942 - The United States Marines land on Guadalcanal in the Solomon Islands in the first American offensive of World War II. A naval battle would commence on November 12 for three days with the U.S. Navy able to retain control despite heavy losses.

November 8, 1942 - North Africa is invaded by the United States and Great Britain.
December 2, 1942 - The first nuclear chain reaction is produced at the University of Chicago in the Manhattan Project, creating fission of the Uranium U-235, under the direction of physicists Arthur Compton and Enrico Fermi.

February 14, 1943 - The United States encounters its first major defeat in the European theater of World War II at the Battle for Kasserine Pass in Tunisia.
April 13, 1943 - The Jefferson Memorial in Washington, D.C. is dedicated on the 200th anniversary of Thomas Jefferson's birth by President Franklin D. Roosevelt.

July 10, 1943 - The United States Army's 45th Infantry Division lands on the island of Sicily, starting the campaign of Allied invasion into Axis-controlled Europe. Nine days later, Rome is bombed by Allied forces. The conquest of Sicily would be completed on August 17 when U.S. forces under General Patton and British forces under Field Marshall Montgomery arrive.

June 6, 1944 - The Normandy Invasion, D-Day, occurs when one hundred and fifty-five thousand Allied troops, including American forces and those of eleven other Allied nations (Australia, Belgium, Canada, Czechoslovakia, France, Greece, the Netherlands, New Zealand, Norway, Poland, and the United Kingdom) land in France. Allied soldiers stormed the beaches of France to begin the World War II invasion of Europe that would lead to the liberation of Paris. Operation Overlord gained footing quickly, pushing through the Atlantic Wall in the largest amphibious military operation in history.
June 22, 1944 - The G.I. Bill of Rights is signed into law, providing benefits to veterans.

July 21, 1944 - The United States military begins to retake the island of Guam after Japanese troops had occupied the island during World War II. The battle would end on August 10.
November 6, 1944 - The last campaign speech of Franklin D. Roosevelt, seeking his fourth term in office, is broadcast from his Hyde Park, New York home. One day later, Roosevelt would gain that fourth term by a significant, but smaller margin than any of his previous elections, especially in the popular vote where Dewey lost by only three and one half million votes. The Electoral College margin, however, at 432 to 99, insured Roosevelt good footing in prosecution of World War II.

December 18, 1944 - The United States Supreme Court rules in the case of Korematsu vs. the United States, the wartime internment of Japanese Americans on the West Coast was valid during a time of war.

May 7, 1945 - The unconditional surrender of Germany at Reims, France concludes the military engagements of World War II in Europe. It is accepted by General Dwight D. Eisenhower in his role as the commander of Allied troops in the European theater of the war.
July 16, 1945 - The first atomic bomb, the Trinity Test, is exploded at Alamogordo, New Mexico, after its production at Los Alamos.

August 6, 1945 - President Harry S. Truman gives the go-ahead for the use of the atomic bomb with the bombing of Hiroshima. Three days later, the second bomb is dropped on Nagasaki, Japan. On August 15, Emperor Hirohito of Japan surrenders.

January 10, 1946 - The first meeting of the United Nations general assembly occurs after its founding on October 24, 1945 by fifty-one nations, including the Security Council nations of China, France, the Soviet Union, the United Kingdom, and the U.S.A. These actions would lead to the disbanding of the League of Nations on April 18, when its mission was transferred to the U.N.

April 1, 1946 - Four hundred thousand mine workers begin to strike, with other industries following their lead.

March 12, 1947 - The Truman Doctrine is announced to the U.S. Congress. When passed it would grant $400 million in aid to Greece and Turkey to battle Communist terrorism. President Harry S. Truman implements the act on May 22.

June 20, 1947 - President Harry S. Truman vetoes the Taft-Hartley Labor Act that would have curbed strikes, only to be overridden by Congress on June 23.

April 1, 1948 - The Soviet Union begins its land blockade of the Allied sectors of Berlin, Germany. A counter blockade by the west was put into effect, as well as a British and U.S. airlift of supplies and food, until both blockades were lifted on September 30, 1949.

December 15, 1948 - Alger Hiss, former State Department official, is indicted for perjury in connection to denials of passing state secrets to a communist spy ring. He would be convicted of the conspiracy on January 21, 1950 and receive a five year sentence.

March 2, 1949 - Captain James Gallagher lands the B-50 Lucky Lady II in Texas after completing the first around-the-world nonstop airplane flight. It was refueled four times in flight.
April 4, 1949 - NATO, the North American Treaty Organization, is formed by the United States, Canada, and ten Western European nations (Belgium, Denmark, France, Iceland, Italy, Luxembourg, Netherlands, Norway, Portugal, United Kingdom). The treaty stated that any attack against one nation would be considered an attack against them all.
June 29, 1949 - United States withdraws its troops from Korea.
October 7, 1949 - Tokyo Rose, the femme fatale of Japanese war broadcasts, is sentenced to ten years in prison. She would be paroled in 1956 and pardoned in 1977.

October 14, 1949 - Eleven leaders of the United States Communist party are convicted of advocating a violent insurrection and overthrow of the U.S. government. The Supreme Court would uphold the convictions on June 4, 1951. 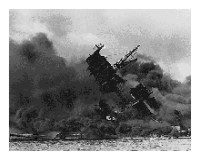 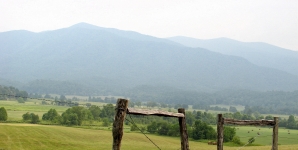 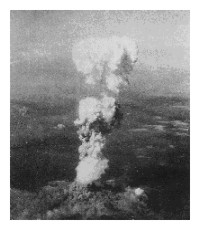