With the Senate vote in 1978 to return the Panama Canal back to Panama in 1999, the nearly one hundred year history of Washington's involvement in the canal would come to an end. Photo: Panama Canal workers, circa 1906. 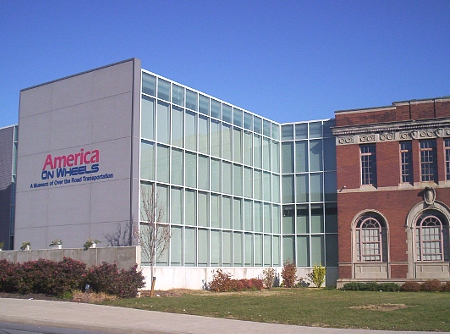 October 1, 1971 - Walt Disney World opens in Orlando, Florida, expanding the Disney empire to the east coast of the United States. It had been sixteen years since Walt Disney had opened his first park, Disneyland, in Anaheim, California, but the idea for a second park had started very soon after that 1955 date. With the Disney company and their heavy involvement in the exhibits of the New York World's Fair of 1964-5, company executives considered using the Flushing Meadows site as the location for his second park. This has, at times, been more of a rumor than known fact, but Charles Ridgway, press secretary for Walt Disney World, has confirmed that it was actually considered. It would have been a natural fit, as Disney had provided that World's Fair with a number of its most popular exhibits, including It's a Small World, the Carousel of Progress, Ford's Magic Skyway, and an animatronic Lincoln, staples of his parks after that fair was over. But, it was decided that the cold winters and high land prices were too much of a deterrent. The folks at Disney began looking for another location where they could gain more automony with cheap land prices. And yes, centeral Florida is where that was.

Over the next several years, Disney began purchasing land outside Orlando, a total of approximately thirty thousand acres, in the Kissimmee area, and cobbling it together, with eventual state approval, into his own government entity. It was Walt Disney's vision to build two parks, a replica of Disneyland, and the future and nation based EPCOT. They would focus on the Magic Kingdom or Disneyland, Disney World, the Florida version, first.

How They Chose the Land

Four years after the opening of Disneyland in California, Walt Disney began contemplating an East Coast location. Seventy-five percent of the United States population lived east of the Mississippi River and he was only getting five percent of his Disneyland attendance from them. And he wanted more control of the land around his park; Anaheim had sprung up many businesses that Walt did not like around his Disneyland resort. In November 1963, Disney flew over Bay Lake outside Orlando and was pleased with the open land near an airport and Interstate construction that could easily accommodate tourists coming to Florida from the northern metropolitan areas from Boston to New York and down to Atlanta. So he began to accumulate the land, thirty thousand five hundred acres of it, on the sly, with a variety of dummy corporations to throw off suspicion and tamp down land speculation. He bought tracts of land, mineral rights beneath it, much of which was swampland of little value to its original owners.

The purchase of properties began in April 1964 in complete secrecy, buying acres of land for as little as one hundred dollars per. It was not until May 20, 1965 that an Orlando Sentinel article speculated the purchases might be from Disney, although even they denied its accuracy, which Disney continued to deny through October 25, 1965, after a second Sentinel article claimed that it actually was Disney who had purchased the land.

The Resort is Built

Construction on the first phase of the resort began on May 30, 1967, the year after Walt Disney's death in 1966. The project was now headed by his brother, Roy O. Disney. It was Roy who began to contemplate completion of not only the Magic Kingdom portion of Disney World, but Epcot and other parks. For this to succeed, he stated, the Disney corporation wanted complete control over two cities, Bay Lake and Reedy Creek, known as the Reedy Creek Improvement District, and now known as Lake Buena Vista. The state of Florida wanted the resort to succeed and signed the district into law on May 12, 1967. By the opening date of October 1, 1971, the Disney Corporation had built the Magic Kingdom, drainage canals, two golf courses, and two hotels. Fort Wildernes would open one month later.

And what was the financial investment? As of one month prior to opening day, land purchases had cost only $5.7 million with an additional cost for beach property of $629,000. Design and construction cost had been $257 million. The Contemporary Resort Hotel had cost $70 million to build; the Polynesian Village $23 million. Total investment through Opening Day, $420,580,000.

And what about those famous streets and attractions? Main Street, $26 million; Fantasyland, $44 million; the Castle, $6 million.

It was cheap and wonderful. Tickets for adults cost only $3.50 and children 12-17 $2.50, under 12, $1, although that did not include ride tickets. Ride tickets for the best rides, those E tickets, cost only 90 cents. Parking was 50 cents. The city of Orlando was a small city with only ninety-nine thousand residents; today it has over three times that many in the city, and over two million in the metropolitan area. The Magic Kingdom park itself was only slightly bigger than the original Disneyland, one hundred and seven acres versus eighty-five. The surrounding land, that thirty thousand acres, was still predominantly swamp.

Its castle was much bigger than its predecesser, one hundred and eighty-nine feet tall versus seventy-seven.

New York Times, September 30, 1971 - "New Florida Countdown - Disney World is Opening" ... Disney World opens to the public tomorrow, and the atmosphere among Florida business interests is as thick with tension as a Cape Kennedy countdown.

Fortunes are riding on the success of the mammoth amusement-vacation resort and the mood here is exultant that the staggering forecasts of economic boom have been accurate. ...

How many people actually came to opening day? Actually the crowd was small and manageable, ten thousand. It was purposefully opened during the off season so the park could work out any problems. 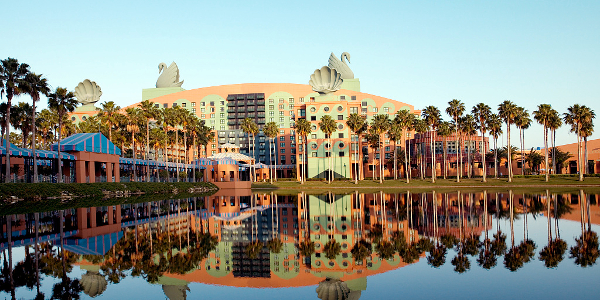 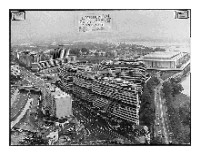 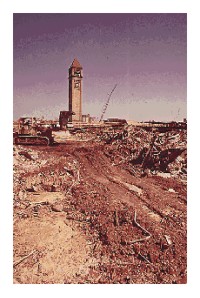