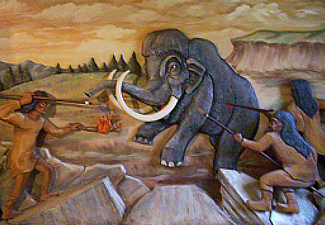 There's more to history in the USA than the great parks and monuments of the National Park Service. Yes, I know, we're guilty of thinking that there isn't ourselves sometimes when trip planning, but each state has a significant amount of historic sites of various shapes and subjects within their own confines, and many should not be missed when you trek nearby to perhaps better known locales. In Missouri, that is certainly the case. While you may be following one of the many historic trails taking pioneers west from the Jefferson Expansion Memorial Arch (i.e. Santa Fe, Oregon, Pony Express, and Lewis & Clark), don't forget to check into the state sites that fill in the gap to the story of the Missouri plains and how they got filled with Europeans, whether all of the residents of the time preferred that or not. Don't get lost when you wander around this home. It's large and filled with interesting items, from furnishings of the owner and period, plus the idea that you can get natural air conditioning form a cave below the home. 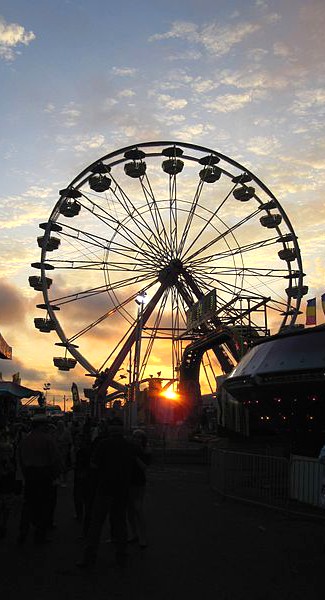 Katy Trail State Park is located in Sedalia, including the Katy Depot, which serves as a welcome center. If you come to Sedalia in August, you can take in the Missouri State Fair. Over 300,000 people attend the Missouri State Fair in August for eleven days. The fair began in September 9-13, 1901 in Sedalia on 150 acres with staples such as music, food, rides, and the famous Mule Show. Sedalia won a competition to host the fair over a number of Missouri cities and has held the event continuously for the past one hundred plus years. (Photo above, Missouri State Fair Ferris Wheel).