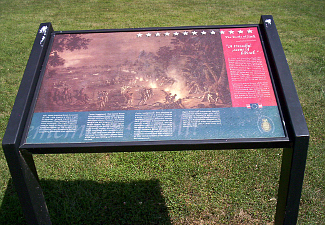 Photo above: Wayside exhibit along the trail at the Paoli Battlefield, Paoli, Pennsylvania. A battlefield of significance. A massacre that would lead to the rallying cry "Remember Paoli" for battles of liberty to come. And it's all contained within this forty acre memorial to the men who fought against their British occupiers as they threatened to take over the capital of the nascent democracy in Philadelphia in their bold military move by ship south. Paoli followed the largest battle of the war at Brandywine one week earlier, and a thwarted, by tropical storm, battle a couple days before just down the road. And it would later lead to a Washington mistake that cost us Philly by the end of the month. Yes, all that history, and barely a drop in the heritage bucket about the American Revolution in almost all history books. So, once again, we discuss the battles of the war for freedom in a column about lesser known subjects. Boy, do we need a driving tour of this history, or what? Image above: Painting by Xavier della Gatta, 1782, of the Battle of Paoli. Courtesy Wikipedia Commons, Valley Forge Historical Society. 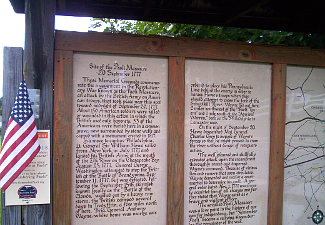 What Precipitated the Battle?

The aborted major battle called the Battle of the Clouds. On September 16, George Washington had marched his troops out of Philadelphia to meet the British as they marched north. Around Malvern, Pennsylvania, battle lines began to form with skirmish activity costing the Continential Army 20-25 killed plus prisoners, and the British Army 5 killed and seven wounded men. But suddenly, a major tropical storm hit, dampening the powder for their muskets and causing a quagmire on the roads. Washington thought better of his plan to attack and retreated during the downpour, beginning his movement west, but eventually leaving General Anthony Wayne behind. Photo above: Explanation and sign at the entrance to the Paoli Battlefield Park.

What Caused the Defeat?

Surprise. Although there had been two warnings of a possible attack and additional pickets guarding Wayne's camp, the location of the two thousand and eight-six Continental soldiers were surprised at the midnight attack. The pickets had been overwhelmed and a frenzy ensued. There was no real way to counteract the attack in the darkness, and the brutality of the British dragoons caused a general and understandable panic in Wayne's men. Photo below: Memorial over the fifty-two graves of the Continental soldiers who died in the battle. 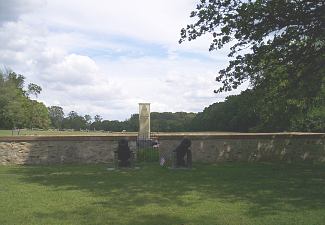 September 3, 1777 - Battle of Cooch's Bridge, Delaware. Skirmish between German troops fighting for Britain and light infantry under Maxwell. Noted as the battle where the American flag was first flown.

September 22-26, 1777 - George Washington, thinking the British were heading west toward his supply base near Reading, sites his army at Camp Pottsgrove. 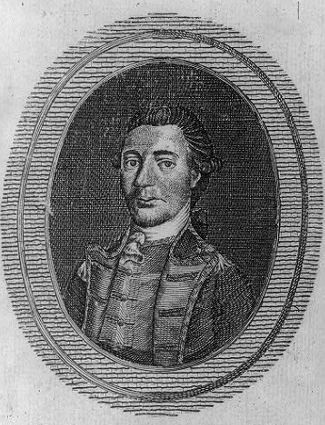