Photo above: The Memorial Collonade on the Princeton Battlefield. 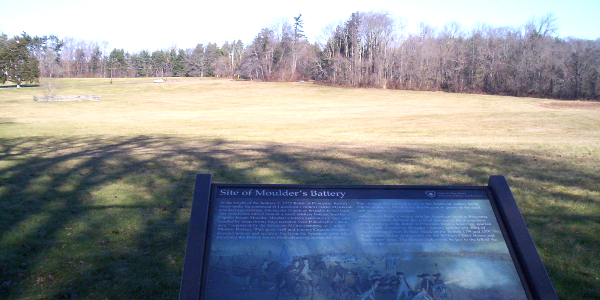 Yes, this will sound like a broken record if you've read our American Revolution coverage before, but the Battle of Princeton, so important to the early efforts of George Washington to rally his troops, and the public, to believe that he had a cause that could be won, does not get enough history coverage, visitation, or love. There are plans afoot, with the recent acquisition of the land of Washington's charge, to change that. It should not be the subject of a lesser known history column, but preeminent in the history of winning a war that created the United States of America. So here's our mantra for the Battle of Princeton. Go visit the site. There's not as much there as there should be, but that does not make it any less important. Photo above: Wayside marker and the field of battle at Princeton. 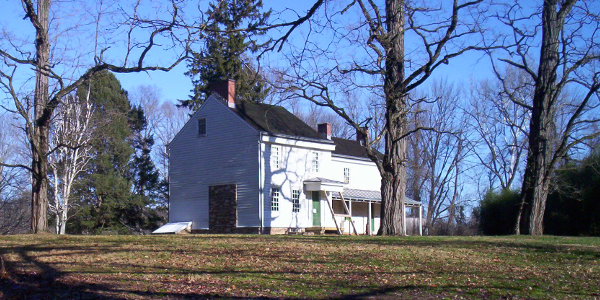 There are over six hundred acres of the battlefield preserved with the new addition of the Washington Charge land at Maxwell's Field being purchased by the Civil War Trust/Campaign 1776 preservation group. Although there is not a lot of interpretation here outside the Ionic Collonade, designed by the architect of the United States Capitol, Thomas U. Walter, and the structures of the Clarke House, which served as a field hospital, and Stony Brook Friends Meeting House just outside the park, the history here is replete with valor that saved a nation.

It was at the end of his ten day surprise foray after crossing the Delaware River on Christmas. There had already been two battles at Trenton, the second on January 2nd and essentially still in place. At 2 a.m. on January 3rd, Washington decided to march his troops nine miles to Princeton, circling Cornwallis. An attack against the British Garrison under Mallhood, twelve hundred strong, would be the plan. But the battle did not begin well, with General Hugh Mercer mortally wounded and the Continental troops in disarray. The militia was sent in to reinforce, but they, too, were set to flight. General George Washington, upon arrival, rallied the militia with reinforcements, attacking Mawhood's troops and driving him from the field. It would be Washington's first victory against the main British Regulars force.

Photo above: Clarke House on the Princeton Battlefield.

Princeton Battlefield has over six hundred eighty acres of the battle preserved, plus the Clarke House, built in 1772, that witnessed the battle. Although the house has period furnishings, it is open sporadically. There are trails, waysides, the Clarke House, Ionic Collonade, the Stony Brook Friends Meeting House, and the site of the Mercer Oak.

How Much to Visit
Free. There is a fee for the Visitor Center/Museum at Washington's Crossing State Park, New Jersey on weekends from Memorial Day to Labor Day. $5.00 per car fee for New Jersey residents; $7.00 for non-residents. Rates subject to change without notice.

Hours Open
The battlefield is open all year sunrise to sunset. A reenactment is held on the third of January or its nearby weekend. The Visitor Center at Washington's Crossing State Park, New Jersey, has exhibits on the Ten Crucial Days battles, including Princeton. It is open daily from 9:00 a.m. to 4:00 p.m.

So what else is there to do near the Princeton Battlefield? Staying on the American Revolution front, start out with Washington's Crossing. The Washington's Crossing state park in New Jersey is actually the Visitor Center for Princeton, even though it's over ten miles away, but both sides of that park have lots of history to explore. From Philadelphia to Morristown, the American Revolution has tons of sites to visit, including Monmouth Battlefield and the sites in Trenton. For those who want to take a hike or recreate, try Delaware Water Gap National Recreation Area. 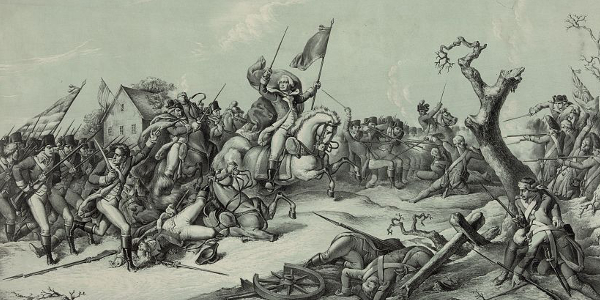 For the past five years, the Institute of Advanced Studies at Princeton has been dedicated to developing the site of Maxwell's Field, where Washington held his final charge against the British Regulars, into faculty housing. The Civil War Trust, and their Campaign 1776 arm, has been diligent at trying to prevent this. On December 12, 2016, they came to an agreement to purchase fifteen acres of the site, allowing sixteen homes to be built on the remainder of the land.

Additional acreage had been previously saved behind the Ionic Collonade on the battlefield. 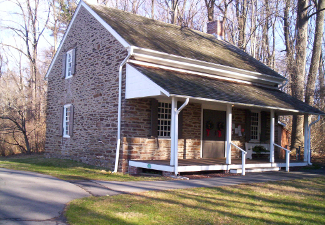 At the time of the battle, the Meeting House was on the edge of farm fields in plain view of the battle. It had been built in 1760 on the site of the original, built in 1726. Stony Brook was a Quaker community descending from six families who came to the area in 1696. The Clarke family deeded just over nine acres in 1709 to the Friends for the meeting house. Although during the battle this was open farmland with trails leading from the Clarke House to the Friends Meeting House, today those same trails lead through woodland. It's a nice historic walk.

Photo above: The Stony Brook Friends Meeting House is not technically on the battlefield, located down a trail on the edge. Photo above right: Soldiers of the Continental Army lithograph by Henry Alexander Ogden, 1897. Courtesy Library of Congress. 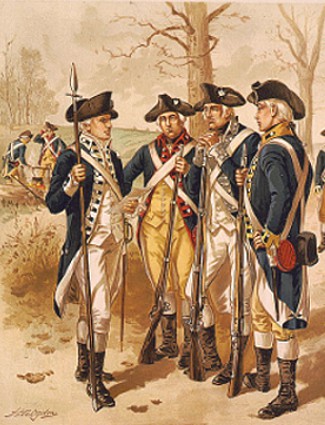 From Washington's Crossing to Princeton

On December 25, 1776, George Washington led his frozen Continental Soldiers across the Delaware River, attacking Trenton, New Jersey in a bold and surprise raid. The Hessians, surprised by the attack on December 26, lost two-thirds of their fifteen hundred man force to capture. Washington crossed back into Pennsylvania after the attack, but returned to Trenton on December 30. Cornwallis approached and the Second Battle of Trenton occurred on January 2.

Disagreements in the British Army on whether to continue the second Trenton attack ended in a stay of the fight, but during the night, Washington left that field, leaving artilleyman Knox to keep the British at Trenton. He moved toward the British garrison at Princeton at 2 a.m. on January 3, 1777. 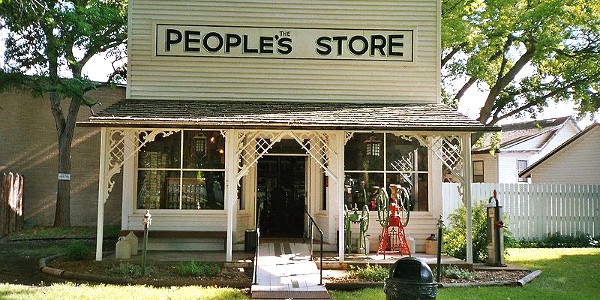 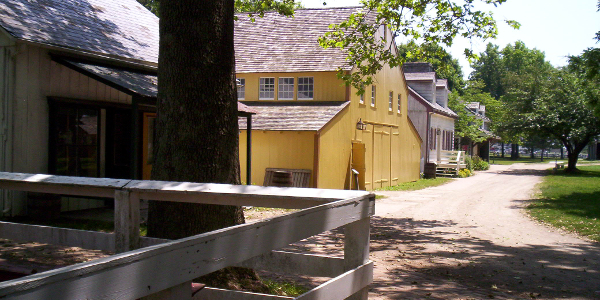 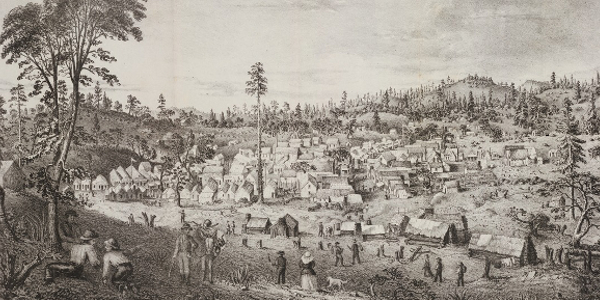