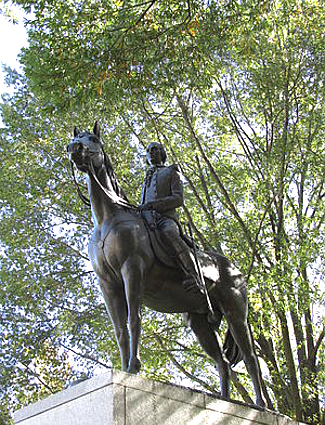 For most, the battles of the American Revolution were fought in places like Lexington, Concord, Brandywine, Monmouth, Saratoga, Charleston, and Yorktown. But, there were battles and campaigns fought by allies during the battles of independence that have become lesser known because they were fought outside the original thirteen colonies, but were very important to the end result. One such campaign, fought by Spanish troops under the command of Bernardo de G&aacutelvez, helped win the day against British troops across the southeast, not only defeating them, but drawing British energy from the battles listed above in the thirteen colonies, thus preventing the British from circling them from the south. That fact alone would assist the Continental Army toward victory. Photo above: Painting of the Battle of Pensacola, 2015, Augusto Ferrer Dalmau. Courtesy Wikipedia Commons. 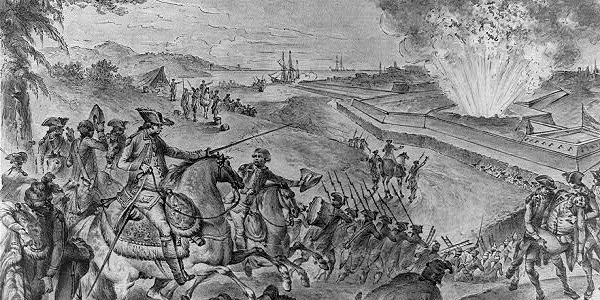 Spanish involvement in the American Revolution did not begin with overt action. King Charles III in 1776 wanted to assist the American cause; the British were consistent enemies to the Spanish and were now in possession of Florida and more, which had been Spanish territory prior to the Seven Years War. In January of 1777, newly appointed governor Colonel Bernardo de G&aacutelvez of the territory of Louisiana, still Spanish property, was given the task to befriend the United States in their cause. He started to smuggle supplies to the Continental Army through routes along the Mississippi River.

Over the next two years, Spanish attempts to aide the Americans remained beneath the surface, although British authorities were well aware of the supply chain and more. On May 8, 1779, Spain decided to end their no longer assumed neutrality and declared war against the British, now firmly on the American side. Bernardo de G&aacutelvez and Spanish troops could now take confrontational action with the King's authority.

Photo above: Image of the explosion of a British magazine during the Siege of Pensacola, American Revolution, under Spanish troops commanded by Bernardo de G&aacutelvez, 1784?, Nicolas Ponce, the American Revolution in Drawings and Prints. Courtesy Library of Congress.

Sites of the G&aacutelvez Expedition as well as the G&aacutelvez legacy statues and structures are spread across old British West Florida. There is no real historic site to visit, but there are statues, signs, and plazas throughout the southeast. Plus, if you're in Washington, D.C. in the Foggy Bottom section of the city, the statue honoring G&aacutelvez sits in a park like setting across from the Department of State.

When Are These Areas Open and How Much to Visit?

Most of the statues and plazas are open year round with the Hotel G&aacutelvez a Hotel and Spa open for business under the Wyndham name. It's not cheap, but not as expensive as you might think. Room rates from $119 and up. It makes for a very interesting historic stay, even if the hotel wasn't there during the expedition, and is more of a history attraction itself.

With the history of Bernardo G&aacutelvez spread from Texas to Florida, the history in the area is replete within the history of New Orleans to Galveston, the Natchez Trace Road to the Gulf Islands National Seashore reaching to Pensacola. 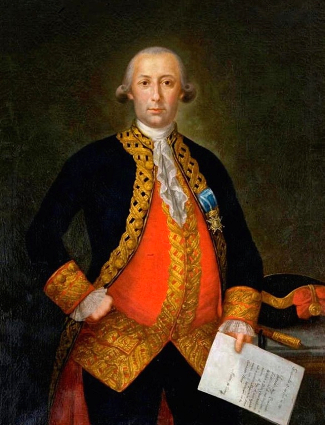 History of the G&aacutelvez Expedition Battles

When notified on July 21, 1779 that official war was now declared, Bernardo de G&aacutelvez put plans already made into action. He had heard that the British were planning to attack New Orleans; G&aacutelvez would not wait and would attack first.

On August 27, G&aacutelvez and a force that would reach one thousand men set out for Baton Rouge. He attacked Fort Bute, guarded by a small force, on September 7. Victory was swift. G&aacutelvez continued toward Baton Rouge and Fort New Richmond; the siege there lasted nine days from September 12 before the five hundred and fifty strong British contingent would surrender.

Attacks on Mobile and Pensacola

On March 1, 1780, Colonel G&aacutelvez began a siege of Fort Charlotte in Mobile Bay. For fourteen days, he bombarded the British position before they surrendered. His plan was to attack Pensacola in the fall, but a hurricane dispersed his fleet and he returned to port.

By 1781, British forces decided that retaking Mobile was important to ward off a future Pensacola attack. With seven hundred men, the British marched overland in January, attacking an outpost to the Mobile defenses. They were defeated. With Mobile reinforced, de G&aacutelvez sailed his fleet toward Pensacola from Havana with additional troops from Mobile and New Orleans, and began a siege on March 9. Fort George, two redoubts, and a battery were manned by one thousand eight hundred British militia, loyalists, and Indian allies. G&aacutelvez had twenty-one ships, and over seventeen thousand soldiers and sailors.

For nearly two months, the siege and battles for Pensacola raged. On May 10, 1781, at 3:00 p.m., the British forces under John Campbell surrendered. West Florida was now officially in the possession of the Spanish as a term of surrender; over one thousand prisoners were captured. Bernardo de G&aacutelvez was promoted to Lieutenant-General and made Governor of both West Florida and the Louisiana Territory. On December 16, 2014, Bernardo de G&aacutelvez was made the eighth honorary citizen of the United States by Congress, a hero of the Revolutionary War. 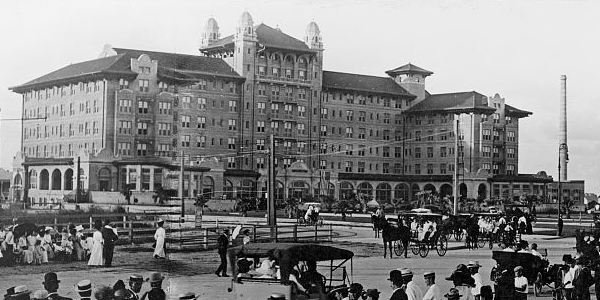 Although the American Revolution expedition may not be as well known as some, the amount of legacies left by Bernardo G&aacutelvez, namesake to such, are scattered throughout the southeast United States. Towns such as Galveston, Texas, the now gone G&aacutelvez Town, Louisiana, and parishes of St. Bernard and East and West Feliciana (named after his wife) come from G&aacutelvez. There are statues of G&aacutelvez in New Orleans, Mobile, and Washington, D.C.

One of the most unique remnants of G&aacutelvez is the hotel named after him in Galveston. Built in 1911 and known at the time as the Million Dollar Hotel, it remains today as a National Register of Historic Buildings structure, still open under the Wyndham umbrella. It was built after the Hurricane of 1900 to draw tourists back to town, which it did, and used by the United States Coast Guard, not tourists, during World War II. After the Texas Rangers closed down its illegal gambling exploits in the 1950's, the hotel became rundown. Refurbishing took place in the 1960's and 1970's. Today it has over two hundred rooms, some of which are named for its famous guests. Those guests included Franklin Delano Roosevelt, Frank Sinatra, and General Douglas MacArthur.