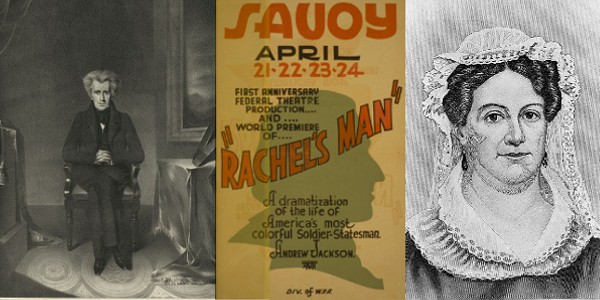 Image above: Image of Andrew Jackson, painting by Alfred Newsam, 1834; the playbill for the production Rachel's Man about his life, U.S. Federal Theater Project, 1937-8; and Rachel Jackson, his wife, engraving by John Chester Buttre, 1883. Courtesy Library of Congress. It's the home of the President whom many historians, for good or bad, compare to the current ribald Trump in the White House today. Yes, it's Andrew Jackson, the previously most charismatic, controversial, and off the cuff chief executive who was embroiled in duels, War of 1812 heroics, blamed for depressions, and lived in this stately home, known as the Hermitage, outside Nashville, Tennessee. Today you can still visit the grounds of Andrew and Rachel's home, learn about his history as President, as well as before and after, the many famous visitors who traversed the threshold of the Hermitage from that moment forward, and get a sense of what life was like in the 1830's during Jackson's heydey. There's the home itself to visit, cabins in the back, a slave history that makes a man shudder, and the portrait of the home of a man who may not have had a Trump Tower (think of that visit one hundred years from now), but had a Hermitage. Photo above: Hermitage drawing, 1830/1850, drawing by T. Birch, engraving by J.W. Street. Courtesy Library of Congress. 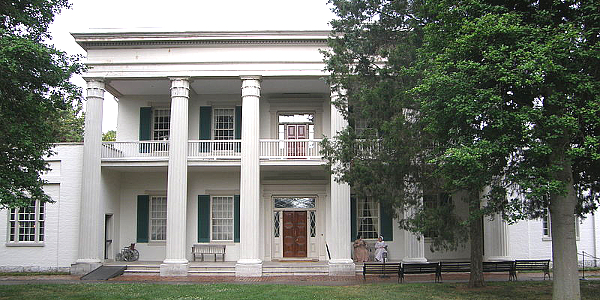 The first structure to inhabit the Hermitage Plantation was not the stately white mansion above, but a cabin, known as First Hermitage, that graced the property built by the original owner, Nathaniel Hays between 1798 and 1800. Hays had a small farm with two slaves; his neighbor was Andrew Jackson. On July 5, 1804, Jackson had to sell his larger property, Hunter's Hill, to avoid bankruptcy, and bought the Hermitage land, four hundred and twenty-five acres, from Hays.

The Hermitage Mansion would be constructed from 1819 to 1821, after Jackson's successful foray in the War of 1812. It was a Federal style building that contained eight rooms. When later remodeled, it was expanded with two wings, adding five rooms to its total.

The Hermitage historic site is located twenty minutes east, ten miles) of Nashville at 4580 Rachel's Lane, Hermitage, TN 37076. From East or West on I-40, you take Exit 221 (from the West) or Exit 221A (from the East), then Hickory Boulevard north. Look for signs to the site. They're on the right.

The Hermitage includes not only the mansion (with guided tour), but Audio Tour of the entire site, including the stories of the slaves, plus exhibits in the Visitor Center under the title Born for a Storm. There's also Alfred's Cabin, the Hermitage Garden, the Field Quarters, and the first Hermitage cabin to explore. How many acres? Around one thousand one hundred and twenty acres.

When are the Sites Open and How Much to Visit

The Hermitage is open year round, closed only on Thanksgiving and Christmas. Summer hours are 8:30 a.m. to 5:00 p.m., slightly shorter in winter. Parking is free. Admission costs range from $10 for children 6-12 to Adults at $20. Under 6 free. This ticket includes access to the Visitor Center, grounds of the home and plantation, plus a guided tour of the mansion. A longer tour is available for $8 more.

Visiting the Hermitage in what is now the eastern suburbs of sprawling Nashville brings you near many other historic sites, not only those of Nashville proper (think country music and Reiman Auditorium plus Opryland just for two), but battles of the Civil War. In that vein, there's Fort Donelson, Franklin, and Stones River, just to name three, two of which are National Park Service battlefields. 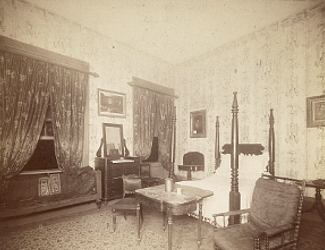 The Hermitage and Jackson's Life There

When Jackson initially bought the property, he was involved in a number of business propositions, including running a general store, tavern, and thoroughbred racetrack at Clover Bottom on the Stones River, and fought a duel in 1806 with Charles Dickinson, which resulted in Dickinson's death. When the War of 1812 began, he had been a General in the Tennessee Militia, and was sent by the Army to the frontier to protect the nation. His action in the Battle of New Orleans made him a national hero. While his years as President from 1829 to 1837 was frought with both accomplishment and trouble, Jackson paid off the national debt, forced relocation of Indian tribes in the Trial of Tears, foreshadowed the Civil War with his strong stance against secession, survived an assasination attempt, and precipated the Panic of 1837 depression. Whew! We're tired from just writing that.

Even with all this controversy, many historians think Jackson was one of the ten best Presidents in United States history. He lived at the Hermitage sporadically in some of the years of ownership, but retired to the plantation full time in 1937.

Photo Above: Historic photo of General Andrew Jackson's bedroom at the Hermitage, 1892, Giers and Koellein. Courtesy Library of Congress. 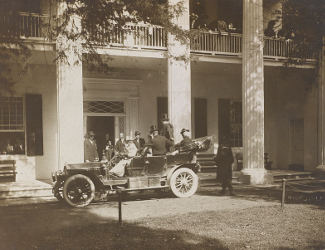 Famous Visitors to the Hermitage

While you can be one additional member to the visitation tally which has now seen sixteen million people go through the Hermitage doors since it opened as a museum in 1889, other, perhaps, more famous visitors have graced its halls since the Presidency of Andrew Jackson.

Sam Houston stayed at the Hermitage, plus the Marquis de Lafayette, President James K. Polk, and President Martin Van Buren. As you can see in the photo above, Presidents continued to visit the Hermitage even after Jackson's death in 1845. Sixty years later, Theodore Roosevelt would drive up to its porch to visit. 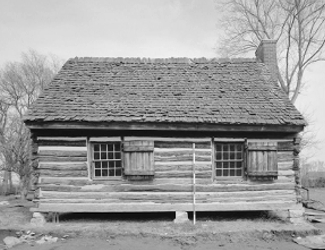 As noted before, the life of Andrew Jackson while owning the Hermitage was replete with controversy and accomplishment. The most noted prior to his presidency was likely his victory over the British in the War of 1812. Today you can see the land of his victory there as part of Jean Lafitte National Park.

Some of his accomplishments, although others would disagree that all of these were victories, include his actions with the Force Bill and his policy to defund the Second Bank of the United States, which led to his Censure by Congress. 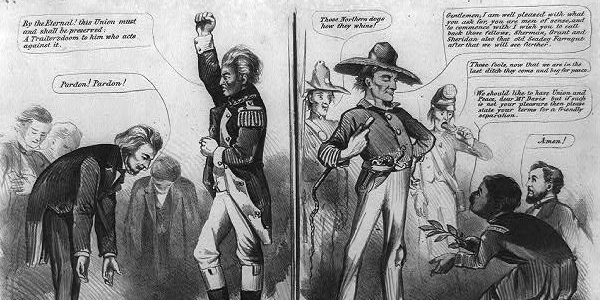