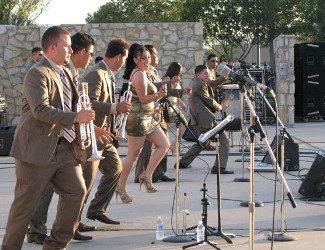 Image above: Dance performance in the Music Under the Stars series at Chamizal National Memorial, 2010. Courtesy National Park Service. What a river won't do for a border dispute. At one time the lands of the Chamizal dispute had been predominantly Mexican territory, but over one hundred years ago, the Rio Grande River decided it wanted to undergo a different course, thus giving the United States an extra six hundred acres in the city of El Paso, Texas. Mexico wanted its land back for that century, but it wasn't until 1963 that the United States, and Presidents Kennedy and Johnson, thought better relations with Mexico, thus preventing a possible Communist nation to its south, was worth a second look. Yes, the Chamizal Treaty would alter the course of the Rio Grande River and allow the two nations to gain a solution. Today, Chamizal National Memorial tells that story along the Rio Grande River, well, it's man-made altered course, as well as hosting ranger guided programs and Music Under The Stars treats. It's kind of a reminder that you can come up with a solution, Texas, U.S., and Mexico style. Photo above: Mural at Chamizal National Memorial, 2014, Carol M. Highsmith. Courtesy Library of Congress. 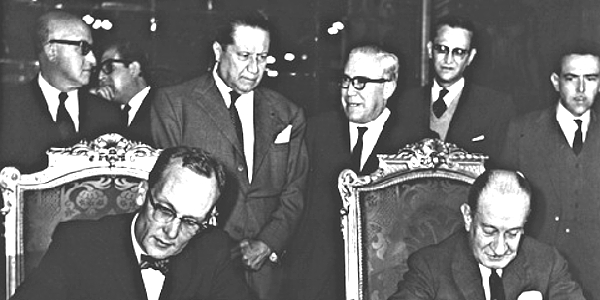 After the Mexican American War was over, the border between the two nations in the majority of Texas was established by the Rio Grande River. Land to the north, United States; land to the south, Mexico. However, over time, the Rio Grande River began to shift; after the floods of 1864, by 1873, six hundred acres had been made United States land through the change, eventually incorporated into El Paso and known as El Chamizal. Mexico did not agree. After a channel had been cut to control flooding, another parcel of land, Cordova Island, was created, owned by Mexico, but inside U.S. control.

By 1909, the dispute was heating up. President Taft and his counterpart, President Diaz, planned a summit with Taft agreeing for the first time that a U.S. President would enter Mexican territory. There was heavy security. An assassin was caught along the procession route, only feet from the two Presidents. Attempts continued to solve the problem with agreement to arbitration through the International Boundary and Border Commission. On June 15, 1911, a proposal was made, but the United States disagreed.

It was not until 1962 that President Kennedy, fresh off the Cuban Missile Crises and concerned about the possibility that Mexico might become a Communist nation, that he agreed to meet with the President of Mexico in Mexico City, and within a year, accepted the 1911 arbitration. On August 29, 1963, the Chamizal Treaty was signed. The agreement gave Mexico 366 acres of the Chamizal tract and 71 acres of Cordova Island. It established 193 acres as United States territory and gave the United States compensation for 382 buildings in the ceded territory. A concrete channel was built that would permanantly establish the course of the Rio Grande in the area, paid by both nations, and three bridges were constructed between El Paso and Ciudad Juarez.

Photo above: Signing of the Chamizal Treaty on August 29, 1963 between Thomas C. Mann, Ambassador to the U.S. (left) and Manuel Tello Baurraud, Mexican Secretary of Foreign Affairs (right), 1963, U.S. Department of the Interior. Courtesy National Park Service via Wikipedia Commons. Below: Marker within the park along the U.S. and Mexico International Border with the Visitor Center in the background, 2014, Carol M. Highsmith. Courtesy Library of Congress. 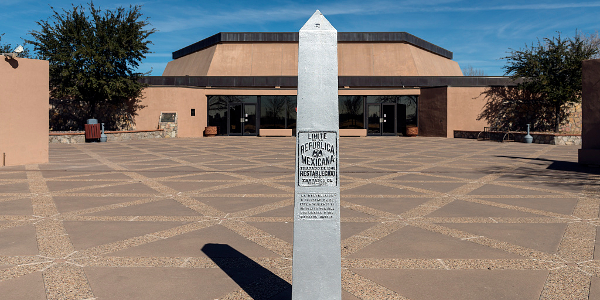 Chamizal National Memorial is located along the Rio Grande River in El Paso, Texas. It is located near the intersections of Interstate 10 and U.S. 54 between Paisano Drive and Delta Drive. There is parking for one hundred and sixty-two cars on site. There is public transit nearby.

The park is open year round with the Visitor Center located in the Chamizal National Memorial Cultural Center open seven days a week from 10:00 a.m. to 5:00 p.m. It has a theater, exhibits, visitor information and tours, plus a park store. The Frank Smith Gallery is located next door. There are walking trails and picnic tables outside on the fifty-five acres of the park. An outside amphitheater also showcases various performances during the year, including the Music Under the Stars series.

The Chamizal Cultural Festival is held in October and Ranger Guided tours of the Memorial are held some days. Check at the Visitor Center for a list of those and other programs.

There is no fee for the park or Visitor Center.

There's a bunch to do within the El Paso region, both historical and cultural, but if you're looking for history and nature from the National Park perspective, there's a good amount both north and south. From Big Bend National Park to Carlsbad Caverns, plus Guadalupe Mountains, Fort Davis, and the great White Sands National Monument, these unique sites will add a bit more nature to your visit than Chamizal, but boy, will they be fun for most adventure travelers. 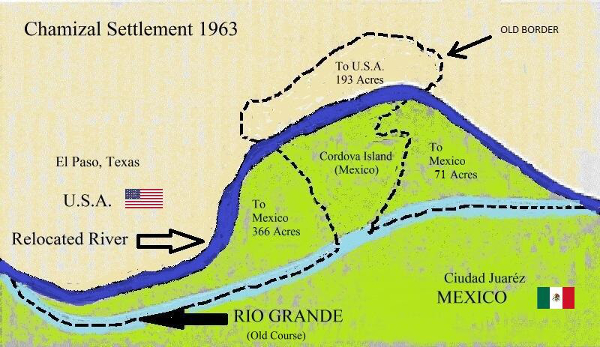 The United States of America and the United Mexican States: Animated by the spirit of good neighborliness which has made possible the amicable solution of various problems which have arisen between them;

Desiring to arrive at a complete solution of the problem concerning El Chamizal, an area of land situated to the north of the Rio Grande, in the El Paso-Ciudad Juarez region;

Considering that the recommendations of the Department of State of the United States and the Ministry of Foreign Relations of Mexico of July 7, 1963, have been approved by the Presidents of the two Republics;

Desiring to give effect to the 1911 Arbitration award in today's circumstances and in keeping with the joint communique of the Presidents of the United States and of Mexico issued on June 30, 1962; and

Convinced of the need for continuing the program of rectification and stabilization of the Rio Grande which has been carried out under the terms of the Convention of February 1, 1933, by improving the channel in the El Paso-Ciudad Juarez region,

and The President of the United Mexican States, Manuel Tello, Secretary for Foreign Relations,

Who, having communicated to each other their respective Full Powers, found to be in good and due form, have agreed as follows:

ARTICLE 1 - In the El Paso-Ciudad Juarez sector, the Rio Grande shall be relocated into a new channel in accordance with the engineering plan recommended in Minute No. 214 of the International Boundary and Water Commission, United States and Mexico. Authentic copies of the Minute and of the map attached thereto, on which the new channel is shown, are annexed to this Convention and made a part hereof. 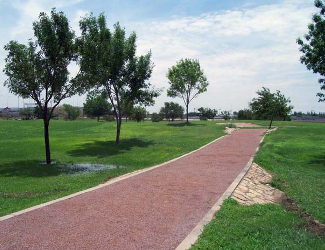 ARTICLE 6 - After this Convention has entered into force and the necessary legislation has been enacted for carrying it out, the two Governments shall on the basis of a recommendation by the International Boundary and Water Commission, determine the period of time appropriate for the Government of the United States to complete the following:

(a) The acquisition, in conformity with its laws, of the lands to be transferred to Mexico and for the rights of way for that portion of the new river channel in the territory of the United States;

(b) The orderly evacuation of the occupants of the lands referred to in paragraph (a).

ARTICLE 7 - As soon as the operations provided in the preceding article have been completed, and the payment made by the Banco Nacional Hipotecario Urbano y de Obras Publicas, S.A., to the Government of the United States as provided in Article 5, the Government of the United States shall so inform the Government of Mexico. The International Boundary and Water Commission shall then proceed to demarcate the new international boundary, recording the demarcation in a Minute. The relocation of the international boundary and the transfer of lands provided for in this Convention shall take place upon express approval of that Minute by both Governments in accordance with the procedure established in the second paragraph of Article 25 of the Treaty of February 3, 1944. 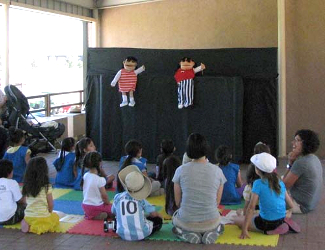 ARTICLE 8 - The costs of constructing the new river channel shall be borne in equal parts by the two Governments. However, each Government shall bear the costs of compensation for the value of the structures or improvements which must be destroyed, within the territory under its jurisdiction prior to the relocation of the international boundary, in the process of constructing the new channel.

ARTICLE 9 - The International Boundary and Water Commission is charged with the relocation of the river channel, the construction of the bridges herein provided for, and the maintenance, preservation and improvement of the new channel. The Commission's jurisdiction and responsibilities, set forth in Article XI of the 1933 Convention for the maintenance and preservation of the Rio Grande Rectification Project, are extended upstream from that part of the river included in the Project to the point where the Rio Grande meets the land boundary between the two countries.

ARTICLE 11 - The relocation of the international boundary and the transfer of portions of territory resulting therefrom shall not affect in any way:

(a) The legal status, with respect to citizenship laws, of those persons who are present, or former residents of the portions of territory transferred;

(b) The jurisdiction over legal proceedings of either a civil or criminal character which are pending at the time of, or which were decided prior to, such relocation;

(c) The jurisdiction over acts or omissions ocurring within or with respect. to the said portions of territory prior to their trausfer;

(d) The law or laws applicable to the acts or omissions referred to in paragraph (c).

DONE at Mexico City the twenty-ninth day of August, nineteen sixty three, in the English and Spanish languages, each text being equally authentic.

Photo above: Puppet show in the Visitor Center at Chamizal National Memorial. Courtesy National Park Service. Text of Treaty from Treaties and Other International Acts Series 5515.