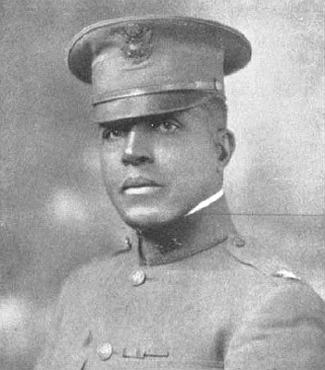 His home, that of Charles Young, is known as Youngsholm to those familiar with this Wilberforce, Ohio, historic site recently upgraded to National Monument status by President Obama. It's tale, and that of Charles Young, surrounds his time as a Buffalo Soldier, after starting life as a slave, born during the Civil War in Kentucky in 1864, then rising in the U.S. Army to become the first African American colonel. The home and site, approximately sixty acres, was purchased by Young in 1907 and named a National Historic Landmark on May 30, 1974. Photo above: Montage of three Buffalo Soldiers, names unknown; (left) Infantry soldier circa Sturgis, Dakota Territory, 1884-1890, photo by John C.H. Grabill, (center) 25th Infrantry soldier at Fort Custer, Montana, 1884-1890, photo by Orlando Scott Goff, (left) 1st Infantry soldier, 1866, photo by Staley Brothers. Courtesy Library of Congress. 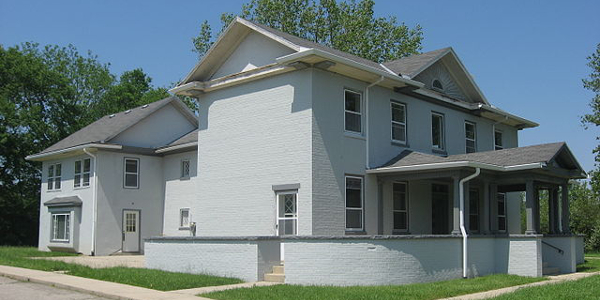 Colonel Young was born in May's Lick, Kentucky on March 12, 1864, one year prior to the end of the Civil War. His parents were still slaves, even though the Emancipation Proclamation had been in effect as of January 1, 1863, but only in effect in the slave states that were in rebellion. Since Kentucky was a slave state, but not in rebellion, Lincoln did not have Commander in Chief authority to ban the practice. Kentucky would not become slave free until the enactment of the Thirteenth Amendment on December 18, 1865. Young's father could not wait. In February of 1865, he escaped and enlisted in the 5th Regiment, U.S. Colored Heavy Artillery. His mother and Charles moved across the state line to Ripley, Ohio, a town at the height of abolitionism.

In 1884, Charles Young attended the U.S. Military Academy at West Point, becoming the third African American to graduate from the University in 1889. His first commission came as a 2nd Lieutenant in the 9th Cavalry at Fort Robinson, Nebraska. Young would serve with admiration in the Philippine American War, then be assigned to teach a class on Military Sciences and Tactics at Wilberforce College in 1894, introducing himself to the area. He would leave the area in 1898 to serve as a Major of the 9th Ohio Battalion of volunteers in the Spanish-American War. His career would continue outside the Ohio area when in 1903 he was named the first African American to become a national park superintendant at Sequoia National Park, manning and maintaining the park with his troops.

Image above: View of the home at Charles Young Buffalo Soldiers National Monument, 2011, Nyttend. Courtesy Wikipedia Commons. Below: Photo of the Buffalo Soldiers in the 25th Infantry at Fort Keough, Montana, 1890. Courtesy Library of Congress. The regiment was one of four segregated units formed after the Civil War. 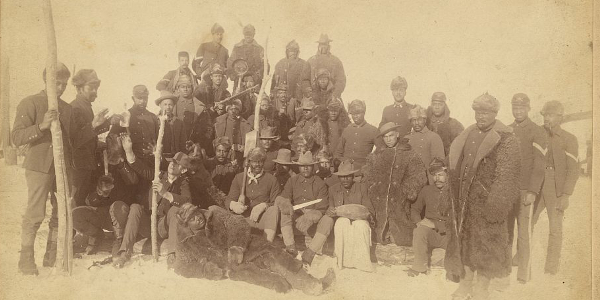 Charles Young Buffalo Soldiers National Monument is located at 1120 US Route 42 E, one mile west of Wilberforce University and Central State University on Route 42 in Wilberforce, Ohio, or Xenia, Ohio. Where are Xenia and Wilberforce, Ohio? They're suburbs of Dayton, less than twenty miles away to the southeast, a little over a half hour drive.

The Charles Young Buffalo Soldiers National Monument sits on sixty acres with a home museum and historical site markers telling the story of Colonel Young, the Buffalo Soldiers, and the National Park Service.

A cell phone tour is available for not only the National Monument, but the history of the Wilberforce area. Call 937-556-4215 at the Charles Young house to start the tour.

The home is open on various days, sometimes by appointment only, or on weekends. The grounds are open year round. Call before going if you want to take the house tour. It is free to visit. There is an online film, ten minutes long, that can prepare you for your visit, whether on the grounds or a house tour.

Although Wilberforce is small, it does have two very interesting and diverse attractions beyond the National Monument. There is the National Afro-American Museum and Cultural Center, plus the Central State University Botanical Garden. For a bit more pastural and waterway pursuit, try Ceasar Creek State Park to the southwest. For the National Park Service fan, there's Hopewell Culture National Historic Park, and with the same theme, but state park oriented, there's Newark Moundbuilders at Great Circle State Park. Back to National Historic Sites, there's the history of Orville Wright, Wilbur Wright, and Paul Laurence Dunbar at Dayton Aviation National Historical Park. 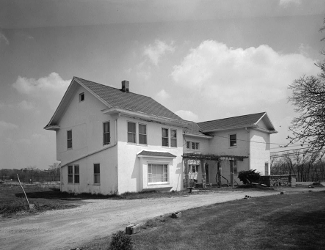 Charles Young Back in Ohio

Young continued to serve in the military until 1917, with stints in diplomatic posts in Haiti and the Dominican Republic under President Theodore Roosevelt, as well as a lietenant colonel in command in the Mexico punitive expedition raids against Pancho Villa in 1916. In July 1917, he retired with the rank of Colonel.

While the last decade of his career had taken him to many places outside Ohio, he maintained his resident in Wilberforce, having purchased the home "Youngsholm" in 1907 with his wife Ada. The house had a storied past, built in 1839, and having served as a stop on the Underground Railroad. He would return to this home throughout his career. When he retired, Young again taught as a professor at Wilberforce University. 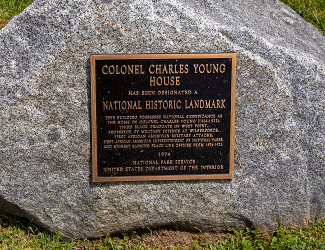 History of the Buffalo Soldiers

The regiments of the Buffalo Soldiers were established in 1866. Congress annnounced six regiments of segregated black troops, which became four, to serve in the rebuilding of the nation during reconstruction, as well as fight in conflicts of the western Indian wars, the Spanish-American War, as well as actions in the Philippines and Mexico. As part of their construction efforts, they were assigned posts at some of the first National Park sites, including Yosemite and Sequoia, the latter where Charles Young commanded the soldiers and completed many infrastructure projects.

The original Buffalo soldier regiment, the 10th Cavalry, had been named by the Indians who fought against them in the Indian wars sometime between 1871 and 1877, with the name eventually becoming associated with all of the regiments. Their service in the Indian Wars continued through 1890. The Buffalo soldiers continued as part of the United States Military until the last regiment, the 27th Cavalry, was disbanded in 1951. On July 26, 1948, Executive Order 9981, ending segregation in the United States military, had been signed by President Harry S. Truman.

Photo above: Historical marker placed on a stone from Sequoia National Park where Colonel Young had been superintendant. Courtesy National Park Service. 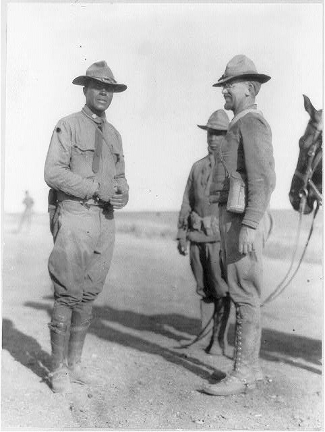 Two interesting sites that tell the story of the African-American regiments include the Buffalo Soldiers National Museum located in Houston, Texas and a statue dedicated to them in Kansas. The museum contains exhibits about the history of the Buffalo soldiers during their storied engagements from 1866 to 1951. A bronze statue honoring their service sits at the site of the formation of the 10th Cavalry of Buffalo soldiers at Fort Leavenworth, Kansas.

Photo above: Major Charles Young and Captain John R. Barber, as soldiers in the 24th Infantry in Mexico, 1916. Courtesy Library of Congress.

T-Shirts and Gifts from the official souvenirs of Americasbesthistory.com, including items about Charles Young and the Buffalo Soldiers (below). 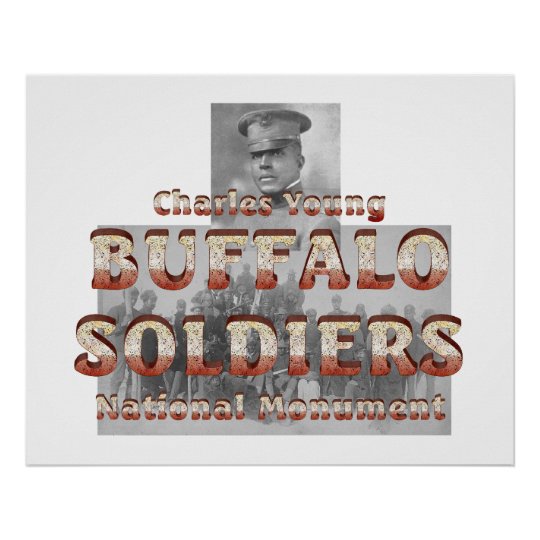