In some ways, the least important part of Booker T. Washington's life was spent on this farm in Hardy, Virginia, now reconstructed as a National Monument, due to all the fantastic and important achievements in his life to come. In other ways, the rise of Washington from slavery on this farm, his upbringing by his mother, and the overcome to become one of the preeminent educators in the history of the United States could not be more important. Without this past, it would be difficult to understand the importance of his future. And that future, boy, was it important, whether that be his early education days at the Hampton Institute or the more prominent years as a educator at Tuskegee. So if you get the chance to travel through the western mountains of Virginia some day, take the opportunity to learn where Washington came from and how far he went. It's an important story of Americana bad and what would become great. Image above: Farm at Booker T. Washington National Monument, Melissa Johnson. Courtesy National Park Service. Washington was born on April 5, 1856 into the slave kitchen cabin, fourteen by sixteen feet, earth floor, on the site of this Hardy, Virginia farm known then as the Burroughs Plantation. His mother, Jane, was a slave, the plantation cook. His father is thought to be a white man from a nearby plantation, whom Washington did not know. Washington did not attend school while living on the plantation, but did carry books for the Burroughs daughter, Laura, to her teaching position.

At nine years old, with the Civil War now over with Lee's surrender at Appomattox Court House on April 9, 1865, only sixty-five miles east, Booker T. Washington and his family were free. In the fall of 1865, they (mother Jane, brother John, and sister Amanda) moved from the plantation to Malden, West Virginia where his mother married another free slave, Walter Ferguson.

Once in Malden, Booker T. Washington started school at nights while working in the salt mines. In 1872, that education took him to Hampton Institute, where he graduated in three years and later became a professor. That position would lead to his involvement in the establishment of the Tuskegee Institute in Alabama in the fall of 1881. 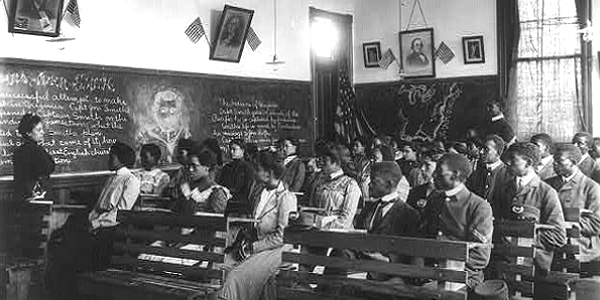 The National Monument of Booker T. Washington's birthplace is situated on a two hundred and seven acre site in Franklin County, Virginia. It includes a Visitor Center with exhibits, a twelve minute film, bookstore, and visitor orientation. There are several trails, the Plantation Trail that takes you to the reconstructed buildings of the Burroughs Plantation, as well as a one and one half mile walking trail, the Jack-O-Lantern Branch Heritage Trail through the countryside.

There is also a picnic area, farm animals, and an example of a Piedmont Virginia area garden in the summer.

The homestead farm at the National Monument is open year round, except major holidays, and is free to visit.

When you're in the area, you are not far from the sites of the Appalachian Mountains, including the famous trail, the Shenandoah Mountains, and the Blue Ridge Parkway. For Civil War sites, you are a little more than one hour away from Appomattox Station and Appomattox Court House, site of two battles that precipitated the surrender of Robert E. Lee to General U.S. Grant in 1865. The sites of Richmond and Petersburg battlefields are east of there. The Burroughs Plantation and Visitation

James Burroughs and his wife Elizabeth had bought the plantation in 1850, bringing with them their slaves, including Washington's mother Jane. When the Civil War broke out in 1861, five of the Burroughs' sons enlisted to fight for the Confederacy and husband James died during its first year. This left Elizabeth and their ten slaves to run the plantation. It struggled.

Upon the conclusion of the war, a stranger came to the farm and read a speech, which Washington and his family assumed was the Emancipation Proclamation. After that day, they were free.

Guided walking tours are usually available explaining the significance of Booker T. Washington and the Burroughs Plantation where he was born. They take thirty minutes to one hour. Check with the Visitor Center prior to arriving to make sure they are available on the day you plan to visit.

On special days, there are Living History interpreters who specialize in various activities indigenous to the era and location. 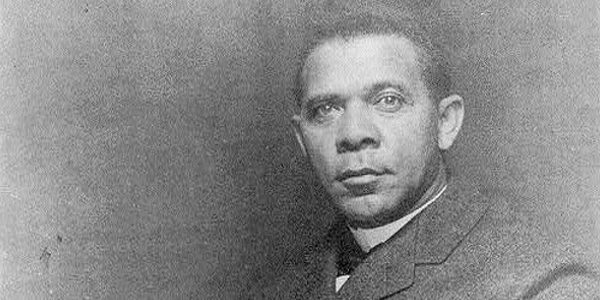 Once Washington graduated from the Hampton Institute, he immediately began teaching school in his hometown of Malden, using his pay there to fund the education of his brothers at Hampton. In 1878, he attended the Wayland Seminary in Washington, D.C. before taking a position at Hampton Institute from 1879-1881. While there, he was a dorm father to the fifty Native American students.

This position brought him to the attention of General Samuel C. Armstrong, founder of the Institute in 1868, a Union soldier who had commanded a unit of African-American soldiers, the 9th United States Colored Infantry, from November 1863. He became his mentor and friend. When George W. Campbell, Lewis Adams, and Mirabeau B. Swanson were appointed to found the school at Tuskegee, General Armstrong recommended Booker T. Washington for the job as its first principal.

The Tuskegee Institute opened on July 4, 1881, using a room in the local church. Booker T. Washington taught and ran the Tuskegee Institute for more than thirty years, overseeing its rise to one thousand five hundred and ninety students within the first twenty-five years. The school had one hundred and fifty-six teachers, including George Washington Carver, and a campus of two thousand three hundred acres. Although Washington is best known for his accomplishments at the Tuskegee Institute, his resume was much larger than that. He assisted in the development of the West Virginia Colored Institute, now West Virginia State University. In 1900, he published his first autobiography, "The Story of My Life and Work," and founded the National Negro Business League. He would publish five books in his lifetime.

He fought for racial justice throughout his life, despite some contentions with NAACP founder W.E.B. Dubois who considered Washington too accommodating to white society, funding legal challenges to Jim Crow laws which rose to the Supreme Court, Giles vs Harris in 1903.