Photo above: Sign about the Battle of Kelly's Ford along the Rappahannock River.

As you pop through Virginia to the more well-known battlefields of Manassas or Fredericksburg and even those below that scale like Balls Bluff, you're in the vicinity of others that saw action, but are even further off the beaten track. One of those is the land where the Battle of Kelly's Ford was held. Photo above: One of the wayside exhibits about the Battle of Kelly's Ford. 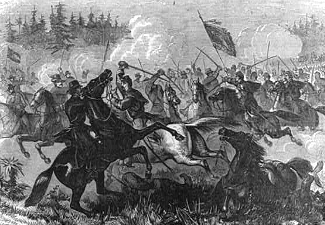 Kelly's Ford is an area along the Rappahannock River where soldiers crossed to get to the other side, i.e. the enemy. What is now the Route 3 area of Virginia had been the site of battles since December of the year before when Burnside attempted to scale Marye's Heights at Fredericksburg, then marched in the mud. As spring approached, troopers constantly moved around the area, looking for movement toward a larger scale battle. On March 17, 1863, they would find a smaller engagement, rated C on the A-E scale, as Union cavalry under William Averill forced the troopers of Fitzhugh Lee across the Rappahannock River at Kelly's Ford, moving them back several miles. He did not follow up, a Union tradition at the time, but artillerist John Pelham was killed on the Confederate side (a noticeable loss) and this was the first time Union cavalry in the reorganized Army of the Potomac had proved their worth. The Battle of Kelly's Ford was the first all cavalry battle of the war and would lead to action later that spring at Chancellorsville and Brandy Station. There were 2,100 Union troopers engaged versus 800 Confederates. There are some interesting places to visit, although the site in not interpreted in the way you've probably come to expect at larger battlefields. On the southern side of the Rappahannock River at Kelly's Ford (bridge on Route 620), there are three wayside exhibit panels that explain the battle action. Above, west, of that intersection up Kelly's Ford Road, to the intersection of Route 673, the land between the road and the river was used in the battle. There are trails on the C.F. Phelps Wildlife Management Area land that take you to some of the site, as well as on the land now preserved by the Civil War Trust. You can search for the Pelham marker. You can see still standing battlefield landmarks, field hospitals, and trails to the site of the original river cross. These are not easy to find, ... best to ask a local when you're there.

Photo above: Union cavalry in hand to hand combat with Confederate troopers. From Frank Leslie's Illustrated Newspaper, courtesy Library of Congress. Photo Below: Land within the Phelps WMA along the Rappahannock River that was part of the ground where the Battle of Kelly's Ford was held. 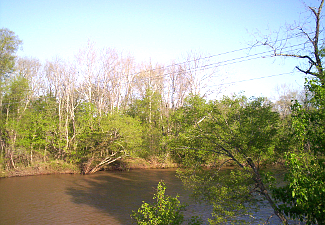 If you're coming up from the larger battlefields of the Wilderness, Spotsylvania, Chancellorsville, and Fredericksburg, continue on Route 3 west about ten miles. Look for Route 620 (it's not that well marked on the road, ask someone before you go too far) and take a right. Stay on Route 620 till you get to the Kelly's Ford intersection and bridge. The wayside markers are there.

From Route 15 south, you can take Route 651 east near Remington to Route 620. You'll be on the other side of the bridge there. The C.F. Phelps Wildlife Management Area is all around you in this area, predominantly on the northern side of the river.

How Much to Visit
Civil War Trust Land - As far as we can tell, free. Of course, they'd like as much in donation as you can spare to buy and preserve more battlefield land.

C.F. Phelps Wildlife Management Area - Day fee $4 or Yearly fee $23 or free if you have a Virginia hunting or fishing pass. There are no collection facilities here. Permits may be bought online or at a location that sells Virginia Fishing and Wildlife permits. 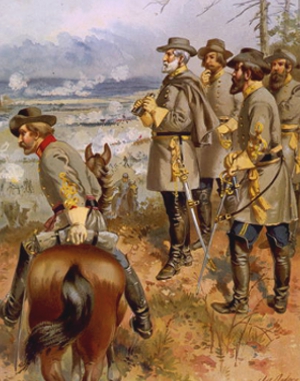 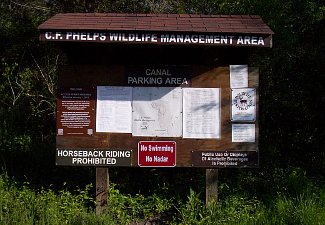 Even though you may come to the Phelps WMA to explore its Civil War past, Phelps is predominantly a place for outdoor recreation. You can hunt (check for season dates), fish, hike, canoe, and explore the wildlife in this area along the Rappahannock River, plus primitive camp there for a modest fee.

Cost: $4 per day or $23 per year or in possession of a valid Virginia Game and Inland Fisheries Fishing and Hunting pass. These are good at all of the various WMAs in Virginia. 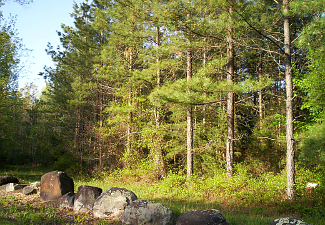 A unique opportunity from a Civil War standpoint is that the C.F. Phelps Wildlife Management Area allows you to camp on their land. This only costs $4 per night, or $23 per year (there are restrictions on length of stay, i.e. 21 days in a row). So you'll be very close to, or staying on land where the action occurred. Now don't expect a campground. Basically we're talking a parking lot and trails to the interior where you can camp. There are no facilities, at least when we were there, not even pit toilets, so bring your own.

Camping: Primitive carry in and carry out camping allowed with fees paid. Access from various parking lots around the WMA. 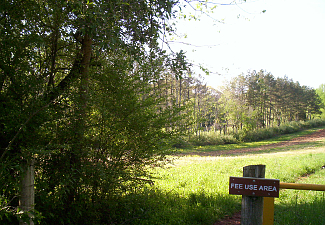 Photos left and above: Various photos of the Phelps Wildlife Management Area. 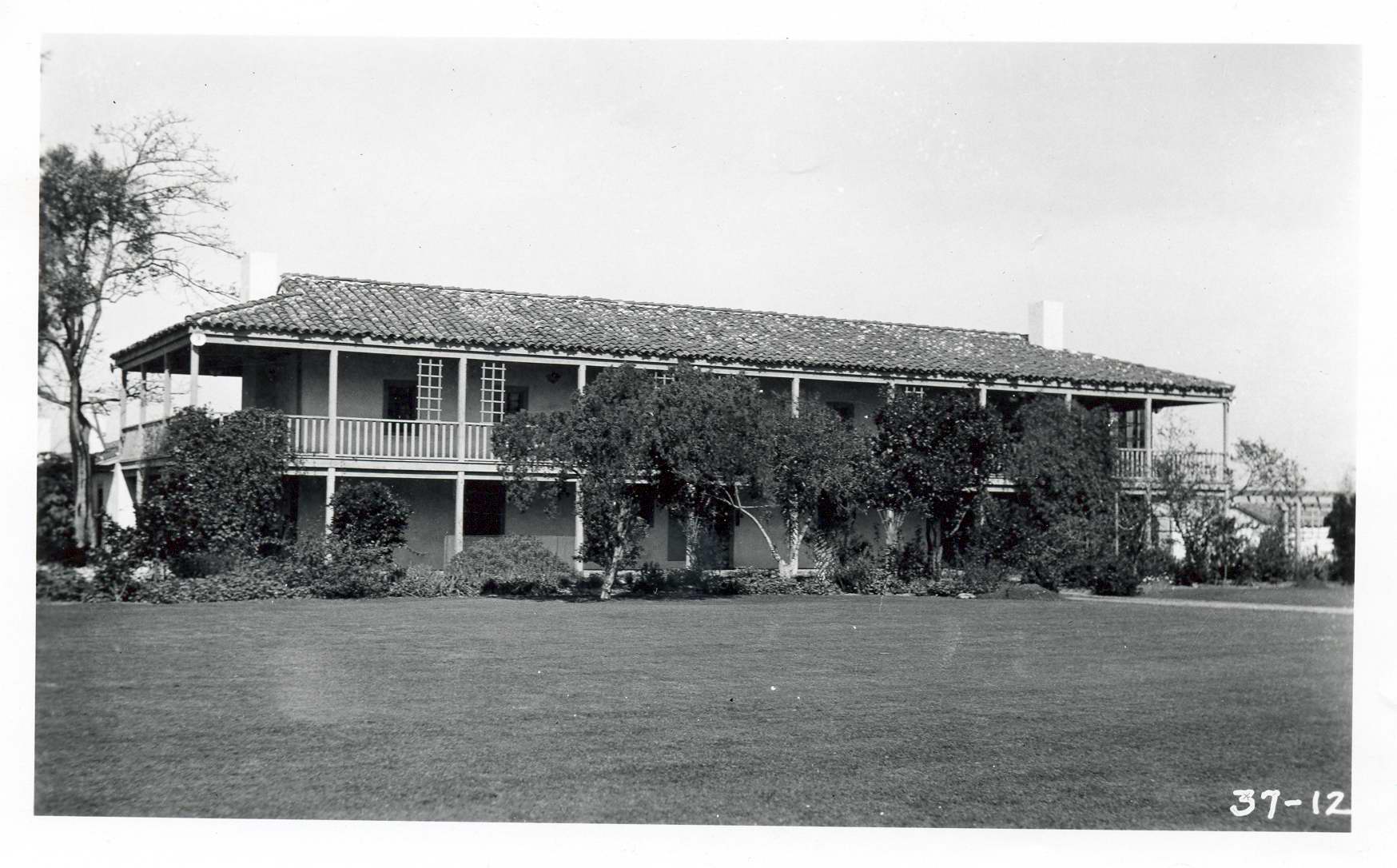 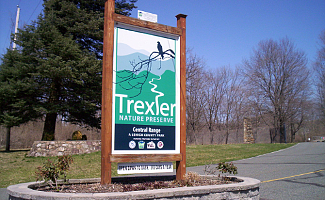 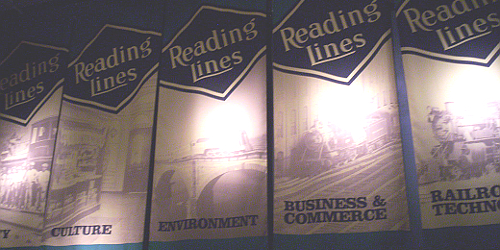