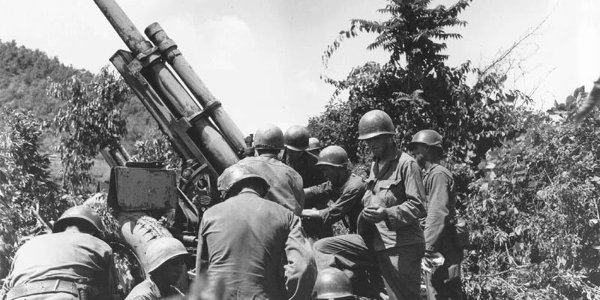 Leading to the Invasion, January to June 1950

The division of the Korean peninsula in 1945, using the 38th parallel as suggested by the United States, was never satisfactory to either the Korean people or either subsequent government. It had been an arbitrary dividing line brought on by necessity and a bit of hubris by United States Colonel Dean Rusk, who did not think, when proposed, that the Soviets would agree to a line that far north. They did. But when the Moscow Conference and U.S. Soviet Joint Commission in December 1945 agreed that independence to Korea would only come after a five year trusteeship, riots broke out, followed by strikes. Elections were called in 1948, still under the trusteeship, resulting in two different elected governments, one in the northern zone controlled by the Soviet Union; the other in the South controlled by the United States. Riots and uprisings continued, but the Soviet Union kept their word, leaving the North in 1948. The United States left the South in 1949. While the Korean peninsula continued to have its challenges, the Chinese Civil War between the nationalists and communists raged. North Korea supported the Communists. When they won, they agreed to support the North if they invaded South Korea. Meanwhile, Stalin, after the U.S. had fully withdrawn, started to support North Korea again, thinking that the United States did not consider South Korea as having strategic importance.

The situation in the early months of 1950 saw North Korea, backed by China and the Soviet Union, and armed with heavy weapons by the Soviets, given permission by Stalin to invade, knowing that the United States had left the south with no heavy weapons. By May, a plan to attack was formulated. They would start a skirmish in Ongjin Peninsula, then encircle Seoul. When a peace overture was rejected on June 11, North Korea changed its plan for a general attack across the 38th parallel. It would occur on June 25, 1950. On that same day, the United Nations Security Council issued Resolution 82, condemning the invasion by the North. The Soviet Union had been boycotting the council since the beginning of the year in protest over the seating of Taiwan, not Beijing. The United States declared a "police action" two days later with Truman sending troops.

August 4 - September 18, 1950 - Battle of Pusan Perimeter
Troops: USA/South Korea/British Commonwealth Nations/Netherlands 141,808; North Korea 87,000.
Casualties (Killed/Wounded/Missing): USA/Allies 60,504 total casualties; North Korea 63,590.
United Nations troops defend a perimeter around the city of Pusan in the southeast after defeats pushed them south. Six weeks of North Korean attacks are repulsed, and with supplies and men dwindling due to heavy losses, they retreat. Battle was the furthest North Korea advanced during the entire war.

October 25 - November 1, 1950 - Battle of Unsun, North Korea
Troops: USA/South Korea 2 divisions; China 2 corps.
Casualties (Killed/Wounded/Missing): USA/South Korea 1,679; China 600 plus.
Accidental first encounter between USA and China troops in the Korean War leads to one of the most devastating losses by the United States in the war.

Full Text, 82nd Resolution of the United Nations, Complaint of Agression Toward the Republic of Korea

The Security Council,
Recalling the finding of the General Assembly in its resolution 293 (IV) of 21 October 1949 that the Government of the Republic of Korea is a lawfully established government having effective control and jurisdiction over that Part of Korea where the United Nations Temporary Commission on Korea was able to observe and consult and in which the great majority of the people of Korea reside; that this Government is based on elections which were a valid expression of the free will of the electorate of that part of Korea and which were observed by the Temporary Commission, and that this is the only such Government in Korea,

Mindful of the concern expressed by the General Assembly in its resolutions 195 (III) of 12 December 1948 and 293 (IV) of 21 October 1949 about the consequences which might follow unless Member States refrained from acts derogatory to the results sought to be achieved by the United Nations in bringing about the complete independence and unity of Korea; and the concern expressed that the situation described by the United Nations Commission on Korea in its report[1] menaces the safety and well-being of the Republic of Korea and of the people of Korea and might lead to open military conflict there,

Noting with grave concern the armed attack on the Republic of Korea by forces from North Korea,

Determines that this action constitutes a breach of the peace; and

I - Calls for the immediate cessation of hostilities; Calls upon the authorities in North Korea to withdraw forthwith their armed forces to the 38th parallel;

(a) To communicate its fully considered recommendations on the situation with the least possible delay;

(b) To observe the withdrawal of North Korean forces to the 38th parallel;

(c) To keep the Security Council informed on the execution of this resolution:

Adopted at the 473rd meeting by 9 votes to none, with 1 abstention (Yugoslavia). 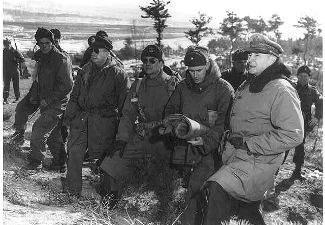 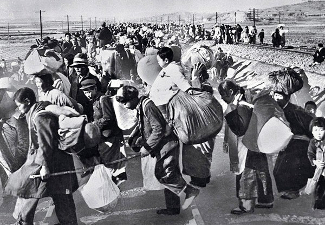