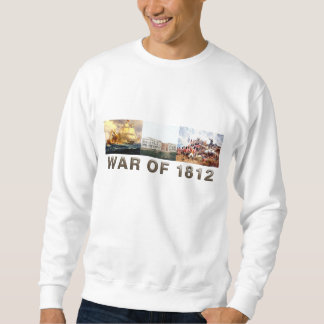 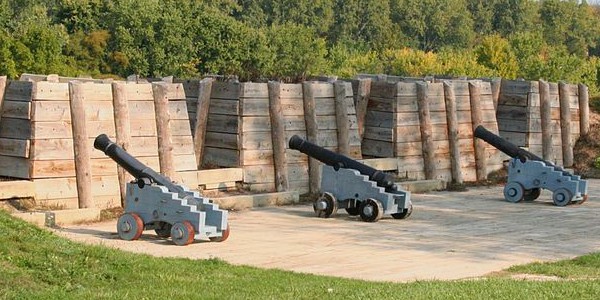 The cannons at Fort Meigs, War of 1812. Courtesy Wikipedia Commons. 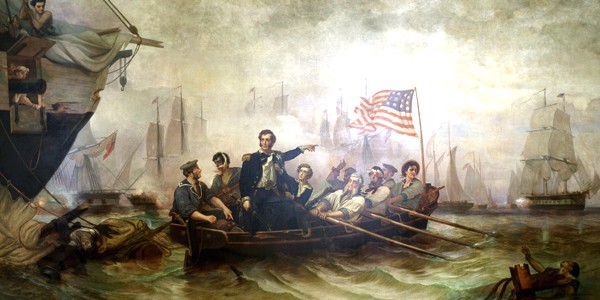 January 18-23, 1813 - Battles of the River Raisin, Michigan Territory
Troops: USA 1,000; British 597, Indian Allies 800.
Casualties (Killed/Wounded/Missing): USA 504, 547 captured; British/Indian Allies 188-212, 3 captured.
First day retreat by British and their Indian allies from Frenchtown is countered four days later in their recapture of the town. Second battle was the highest casualty loss of Americans for any day in the War of 1812. Now the River Raisin National Battlefield Park.

April 28-May 9, 1813 - Siege of Fort Miegs, Ohio
Troops: USA 2,800; British/Canadian 895, Indian allies 1,250.
Casualties (Killed/Wounded/Missing): USA 456, 530 captured; British/Allies 80, 41 captured.
British and Native American allies attempt to capture the new fort, at eight acres the largest to that time in the war, in northwestern Ohio. Relief sortie by Americans failed with heavy casualties, but British do not gain the fort and cease the siege.

June 6, 1813 - Battle of Stoney Creek, Upper Canada
Troops: USA 3,400 with 1,328 engaged; British 700.
Casualties (Killed/Wounded/Missing): USA 54, 100 captured; British 162, 52 captured.
Night attack on American camp leads to British victory and a turn of affairs in the fight for Upper Canada, with American forces retreating back down the Niagara River to Fort George.