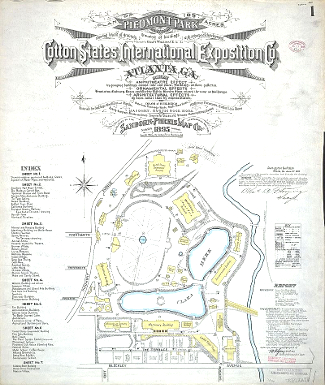 Sanction and Type - Prior to the Bureau of International Exhibitions. Would be considered a Special style Recognized event today like those on the 2-3 or 7-8 years of the decade. Exposition received Federal appropriation of $200,000. State Department lent its diplomatic channels to seek foreign exhibits, although diplomats did not, for the most part, seem to be actively soliciting foreign governments, with most work done by private agents. 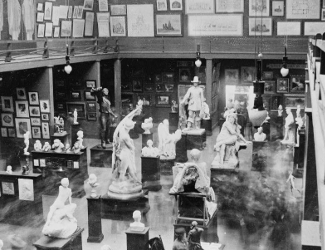 It was meant to promote trade as its title suggests. For Atlanta, a small city by comparison to other world's fair towns with only 75,000 population in 1895, it was an audacious undertaking. The decades surrounding the millennium were filled with fairs that attempted to jumpstart their towns to a higher status; Omaha 1898, Portland 1905, and in 1895, it was Atlanta. An industrial exposition would expand the idea of the south in arts and industries and civic leaders bought into the idea, pledging $238,000 to its organization. Smaller industrial fairs beneath the international scale had been previously held in the city, i.e. 1881 and 1887, so Atlanta knew how to mount an exposition. They achieved federal recognition and opened the fair in Piedmont Park with President Grover Cleveland, using an electric wire to put the machines of the fair in motion from his summer home at Buzzard's Bay.

There was a beautiful artificial lake named Clara Meer, and the buildings were built to be permanent with most covered with yellow pine shingles. There was a Woman's building made of staff, a Government building, Fine Arts Building, Liberal Arts Building, largest on site, Agricultural Building, Machinery Hall, the Negro Building, an Auditorium and Police Headquarters, the Georgia State Building, Mining and Forestry Building, Chimes and Clock Tower, Main Entrance and Pennsylvania State Building (sheltering old Independence Bell), and South Railway Company Building, and many more. Exhibits came from many states and more than a dozen nations. The Midway touted Buffalo Bill's Wild West Show.

But perhaps the highlight of the exposition was the address by Booker T. Washington on Opening Day. He was in charge of the controversial Negro Building, which was the first of its kind at a world exposition. Congress had given its appropriation contingent on the Negro building being part of the fair. 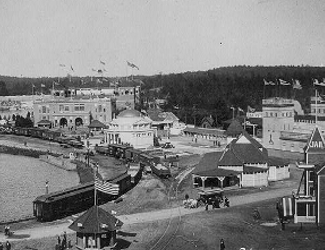 The exposition had finance trouble during its run, and called upon its directors to shore up footing and pay off its debts. It lost money, even after the directors influx, a marginal $25,000. Overall, however, it was considered a success. Its backers were pleased with the increase in economic activity and population that ensued.

Judy Larson - "That this patriotism, the attachment of the south, the New South, back to the union, was more ritual, than actual. It manifested itself in more regional ways, but was very necessary in reestablishing loyalty, pride of place, the rituals of reconciliation. Sectionalism was still there. It was cultural, rather than sociological."

Saying that went something like, "Paris had the Eiffel Tower, ... and Atlanta had the Negro building." Negro buildings at Atlanta was new idea, although not seen as positive in all quarters. There was even bickering among black community, whether it would be taken seriously. Expectations were different. Booker T. Washington speaking was new idea and probably best thing about the Atlanta fair. Liberty Bell also shown. Theme was actually recreation of an image, don't know that Cotton States was the theme, had few exhibits on it. Overall appeal of theme, people did not come to Atlanta for cotton. Atlanta had two other expositions, successful, but industrial not culturally significant. It was a push, their audacity to try to pull it off." 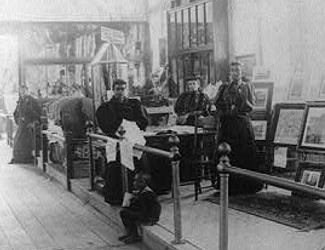 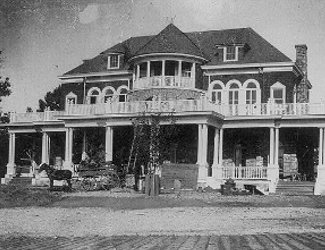 A variety of sources list different participants. Use the above as a guide, not gospel.

New York State building, which cost $25,000 and was located next to the Fine Arts Building, won a Gold Medal for building and most efficiently promoting the interests of the expo.

In the Transportation Building, the Maritime Canal Company displayed a scale model of a canal through Nicaragua, linking the two oceans so trade routes would be open between southern ports and Asia. Twenty years later, two California expos, San Francisco 1915 and San Diego 1915-6, commemorated such a canal through Panama.

Site transportation was provided by an intramural railroad.

A Department of Public Comfort was established to handle the visitors, estimating that 8,000 visitors could stay at boarding houses and private homes while local hotels could house 5,000. A bonus was offered for new hotel rooms built, $15-35 per room. 1,500 new rooms were added, plus 1,000 extra in upper floors of stores downtown.

Legacies
After the fair, the permanent buildings that remained in Piedmont Park were mostly torn down and sold for scrap to absolve the exposition's debt. The New York Building was given to the Piedmont Driving Range. Today only the stairway to the original Fine Arts Building remains in Piedmont Park, plus the lakes constructed for the fair. 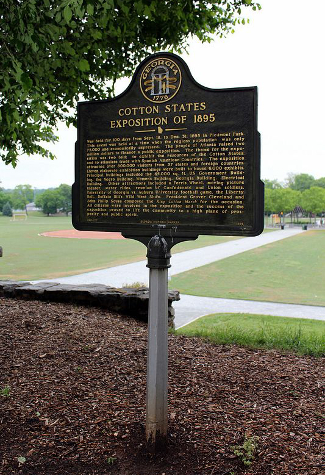