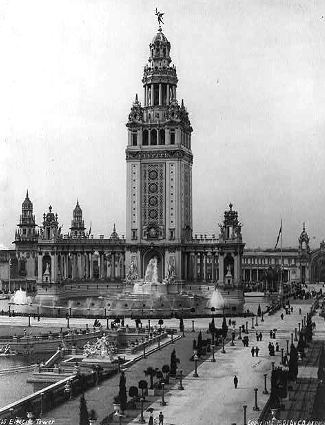 Total Cost - Total cost of Exposition Authority $7,122,977. Total cost, including participants, reported as $10 million - 11.345 million on promotional brochure and other sources, but may not be accurate.

Sanction and Type - Prior to the Bureau of International Exhibitions. Would be considered a Registered event today like those on the 5 year of the decade. Exposition was recognized by both Federal and State governments, both of whom gave appropriations. The Pan-American Exposition Company was incorporated by the State of New York. On behalf of the United States government, the Department of State in June of 1899 formally invited each of the governments in the Western Hemisphere to participate in the exposition. 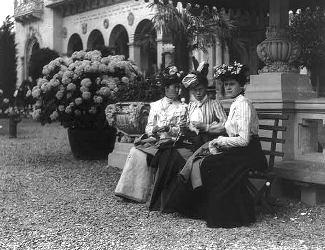 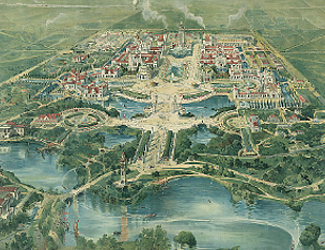 The Pan-American Exposition, from a historical standpoint, was a fair dominated by one single event, the demise of American President William McKinley at the hands of a patron. There's no use in saying otherwise. However, the event meant to foster trade and relations within Pan-American countries had been more than that prior to September.

It was to be a world's fair confined to the nation of the Pan-American region, the continents of North and South America. The idea was conceived at the Atlanta Cotton States Exposition in 1895 at an exhibitor's banquet. John M. Brinker, a Buffalo railroad speculator, thought the idea of holding a fair to foster visions of Pan-American harmony would be great for Buffalo. The buildings were constructed in Spanish Renaissance style, eventually known as the Rainbow City, with a stunning visual array, particularly at night when the electricity splashed the buildings. An Electric Tower was built three hundred and seventy-five feet high to reflect the power of Niagara Falls and its hydro-electric potential. It had forty-four thousand lights. There was an Ethnology Building, the fair's most popular, which attracted 75% of all visitors. The Midway, an expensive and attractive area of the site, included attractions such as a Trip to the Moon, which would later resurface on Coney Island. Critics liked the fair, althoug some early visitors caused bad word of mouth due to construction delays.

The main Pan-American Buildings were grouped around the main open areas of the grounds; the Plaza, Tower Basin, Court of Fountains, and the Esplanade. There was a Triumphal Bridge, which spanned the Grand Canal, a mile long waterway. Buildings included the U.S. Government, Horticultural, Graphic Arts, Mines, Ethnology Building, Temple of Music, Machinery and Transportation, Manufacturing and Liberal Arts, the Electric Tower, Electricity Building, and a twelve thousand seat Stadium.

One interesting note about the Midway. It had been closed on Sundays by edict of the Pan-American authority, but concessionaires wanted that changed. The Midway managers opened their concessions in July, but were arrested, then released. Shows were then reopened, but closed when park guards refused to allow the public to enter. They would attempt to open on Sundays later that month, but that attempt failed, too.

The fair was not a financial success with an estimated financial loss of $3 million. An April snow storm plus the tragic events of September caused blows that were difficult to recover from. Benefactors saw positives in its performance, touting the benefits to the commercial interests of the region and nation. 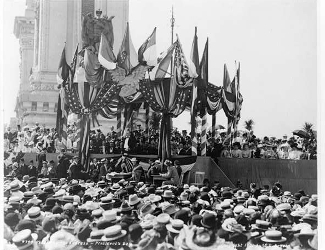 President McKinley at the Fair

President McKinley arrived on President's Day, September 5, gave a speech lauded as one of his best, and visited the pavilions of Canada, Honduras, Chile, Cuba, Mexico, Santo Domingo, Puerto Rico, Ecuador, and other exhibits. He returned the next day for an unscheduled visit, deciding to shake hands with visitors. Outside the Temple of Music, a socialist anarchist, Leon Czolgosz, shot him. McKinley would die eight days later. The fair would close for two days, then reopen.

Fred Lavin - "Reaction for first month and a half not as good as expected because of bad weather which expo from prior winter to mid-June. As result, some buildings were not completed until late June. After then, reaction became very favorable. Theme was "To Unite the Americas in Bonds of Prosperity." Unseasonably bad weather reduced attendance in May and early June. Contrary to popular opinion, McKinley's assasination Sept. 6 did not reduce attendance for more than a few days. Largest month's attendance occurred in October. Buffalo was 8th largest city in U.S. in 1901 and had hosted national GAR convention in 1897 and a series of smaller fairs in the 1880s. It also had a major league baseball team in the late 1880s. Most funding provided by bonds and stocks purchased by citizens and companies in Buffalo area. There was some U.S. and New York state funding, but it was not too substantial. Bondholders were substantially paid back in full; shareholders received nothing back. This was an exposition of and for the Americas, i.e. the nations of the Western Hemisphere."

Aaron Heverin - "The Pan-Am was considered to be Buffalo's crowning achievement. Not since the early 1800s when Samuel Wilkeson rallied the citizens of Buffalo together to build an entrance to the Buffalo Harbor in order for consideration as a terminus for the Erie Canal was Buffalo roused as strongly as it was for the Pan-Am. Over 75% of every Buffalo newspaper was dedicated to coverage of the fair. Exhibits, buildings, people, cultures... Everything was covered in great depth. The biggest (New Idea) of course was the introduction of electricity as a massive means of power and illumination. Power, which was generated from Niagara Falls, was routed to the fair and put to work illuminating all the buildings and exhibits. Outside of some of the souvenirs being in the shape of bisons, and the sourvenirs view book containing images and historical data about the city of Buffalo, not much was included at the fair that was strictly "Buffalo" made. The weather was reported as being the wettest summer in the history of Buffalo up until that time, and of course we all know what happened to William McKinley. Buffalo had never hosted a fair of this magnitude before, however it was no stranger to celebrations and pomp and circumstance. Ever since the days of the Erie Canal, the city was known to throw incredible "parties" for both dignitaries and ordinary citizens. When Abraham Lincoln visited in 1861, the entire city went crazy with welcoming parties and gathering. When he returned in 1865 in death, the city was prepared to give tribute in a spectacular manner. The fair lost vast amounts of money due to complication with construction materials and the bad weather. Also, attendance was not at all what was expected even though the fair drew huge crowds. One of the main reasons that Buffalo was chosen for the fair was the fact that it was accessible from anywhere in the country by boat and railroad, the railroad being the biggest mode of transportation into and out of the city." 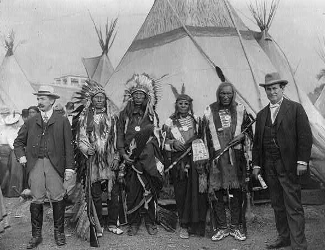 Guatemala or Dominican Republic buildings are listed, but might not have been constructed as planned. Whether there were any exhibits representing these nations is not known.

A variety of sources list different participants. Use the above as a guide, not gospel.

Expo Tidbits
New York Times reported that the authority capital stock raised was $2.5 million with an authorized bond issue of $2.5 million. There was a government appropriation of $500,000. The Midway cost $3 million. New York State appropriated $300,000 with city and Historical Society contributing $100,000.

John Philip Sousa wrote "Invincible Eagle," initially to be title "The Spirit of Niagara," but changed its name when he thought it might rival "Stars & Stripes Forever." It is considered one of his greatest marches.

The Trimphal Bridge was a structure swung from four piers that were one hundred feet high and surmounted by a sculptural group.

E.M. Statler, a Buffalo restaurantor built the largest hotel in the world for Buffalo 1901. It was a temporary hotel costing $60,000 and housing 5,000 guests. During the fair, Statler's hotel rarely had more than 1,500 guests, but still broke even. He would build an even bigger hotel for St. Louis 1904, the Inside Inn, that was located inside the fairgrounds.

Legacies
The main remaining building of the Pan-American Exposition in Delaware Park is the New York State Building, which houses the Buffalo and Erie County Historical Society. There are some reports that a small building from the Indian Stockade at 1950 Delaware and that the Wisconsin Building remains, moved to Point Abino, Ontario, Canada, although historians from the Historical Society have found no evidence of that.

John M. Milburn was President of the expo; William I. Buchanan was Director-General. 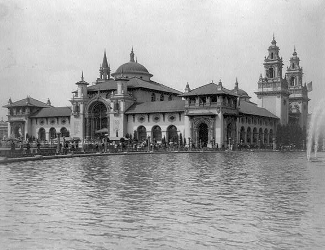 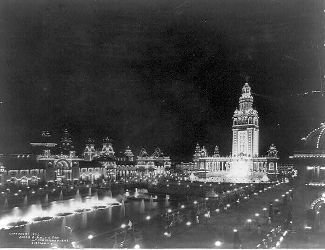