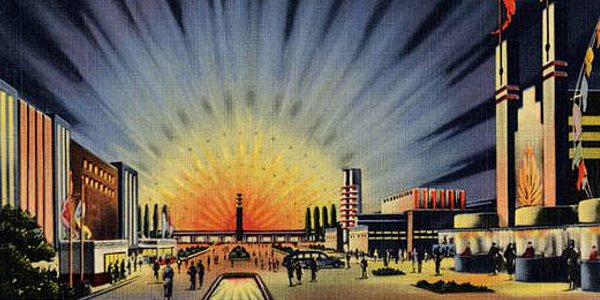 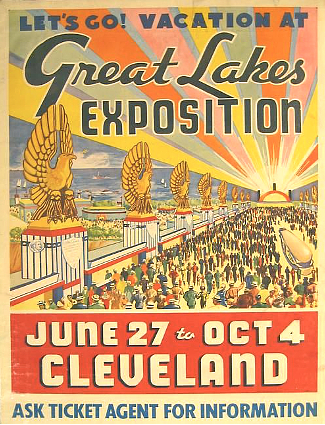 1937 - 3-3.5 million. Unknown whether one represents paid and the other paid plus staff.

Sanction and Type - Unsanctioned by the Bureau of International Exhibitions during the first decade of the Bureau. Suggests a recognized event of Special theme such as those held on the 2-3 year or 7-8 year of the decade in today's BIE terms despite acreage above the current BIE limits for that style of expo.

Ticket Cost - Full admission price unknown. There were additional charges for certain areas of the expo, including the Streets of the World Exhibit, which cost 25 cents adults, 15 cents children. 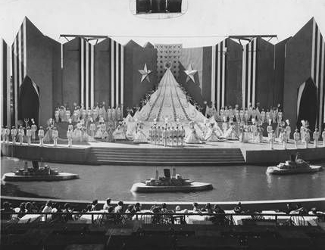 They, Cleveland, wanted to capitalize on their 100th anniversary, as well as stimulate the economy during the depression, so city leaders jumped on the exposition bandwagon, creating the Great Lakes Exposition. It was a nomimal world event, within the first decade of the Bureau of International Expositions when official events began to be sanctioned. It was not one of those, although events, particularly in the 1930's continued to proliferate as the bureau gained standing. There was competition for the exposition market during Cleveland's years. San Diego had extended their event into 1936. Dallas was hosting an unsanctioned world's fair during both 1936 and 1937. Brussels 1936 and Paris 1937 were starting the official BIE World's Fair trot. But the leaders were undaunted by all that, building an exposition around the theme of the Great Lakes along the lakefront, and creating a Streets of the World exhibit area that extended itself to a somewhat international standing. Take that.

The Streets of the World had one hundred and fifty buildings, many replicas of famous structures around the world, on one hundred and ten acres. There was an additional charge to enter.

Despite a short time frame to get it all together, the three thousand workers transformed the refuse site north of the already constructed Municipal Stadium (1932) in only eighty working days. On opening day, 61,276 visitors traipsed through its gates, and continued to come as Cleveland hosted many conventions during 1936, augmenting visitors. Television was a big draw. Tourists liked the Florida exhibit.

Although there was a $1.1 million loss during the 1936, the season was extended, and another added, as most of the cost had been for construction, and the employment the fair produced, nearly 11,000 people, was a sufficient spur for a 1937 season. There were new attractions, including Billy Rose's Aquacade. Despite its popularity, and harmed by bad weather in the beginning of the season, the 1937 year did not reach its attendance goals. But due to solid financial footing from its backers, the exposition, during both years, was considered a success. 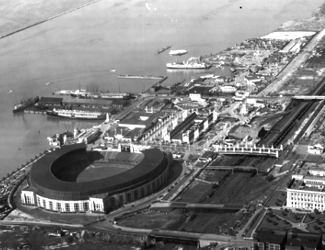 John Vacha - "Official pretext for expo was centennial of Cleveland's incorporation as city (1836), although real reason was to spark revival of area economy during Depression. Flash crowd of 30,000 showed up for preview on eve of opening. Fair got reams of overwhelmingly favorable daily coverage in press. No overall expo theme, but many regard "The Romance of Iron and Steel" as the key exhibit. Also use of light as architectural element was one of major contributions of exposition. Iron and steel underlaid the economy of entire Great Lakes region. As for lighting element, Cleveland was and is home of the industrial research park of General Electric. 1st season received boosts from appearance of FDR on August 14 and Mrs. Jesse Owens after Cleveland husband's Olympic victories. No funding problems for either year. Seed money raised privately and quickly."

"Press reaction still uniformly generous. Lower attendance for 2nd year may have been due to some of novelty wearing off. Theme exhibit for 2nd year was "The Making of a Nation" which didn't appear to have particular relevance to time or place. Second season hampered by unseasonably rainy weather." 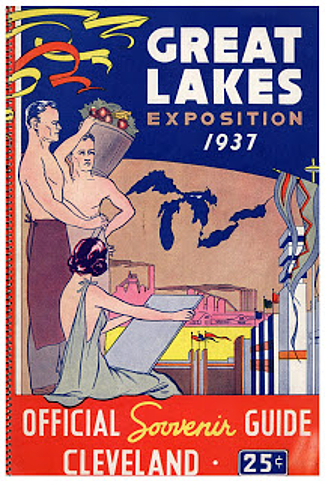 In the Hall of Progress - Czechoslovakia and the United States.

In the Hall of Great Lakes - Canada.

Note: It is sometimes difficult to tell whether certain nations or exhibit representatives actually participated in a significant way. That may be especially true with an event with a nominal international exhibit scope. Newspaper reports as well as the official guidebook may indicate participation, whether official or unofficial, when actual participation did not occur, or occurred minimally. Take the above as a guide, not gospel.

Expo Tidbits
$70 million estimated spent by visitors over the 2 years. More than 1/3 of the visitors had come from out of town.

Lakeside Exhibition Hall offered the key exhibit of the fair, "Romance of Iron and Steel," which included a mine shaft.

Legacies
Donald Grey Gardens are the only remnants of the exposition in the city. The Horticultural Building was to be permanent, but the building burned down in 1941. The Rock N Roll Hall of Fame now sits near the site of the Firestone singing fountain.

Lincoln G. Dickey was General Manager. Dudley Blossom was general chairman of the Great Lakes Exposition. There was an Executive Committee, Administrative Committee, Trustees, Operating Staff, Architects and Engineers, as well as committees for the Horticultural Exhibit, Publicity Department, and the General Staff. During the 1937 season, W.T. Holliday, President of Standard Oil, was president. Dudley S. Blossom continued as general chairman. 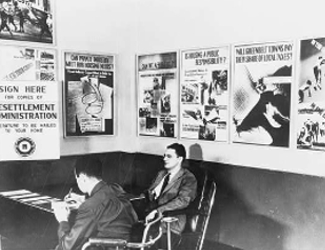