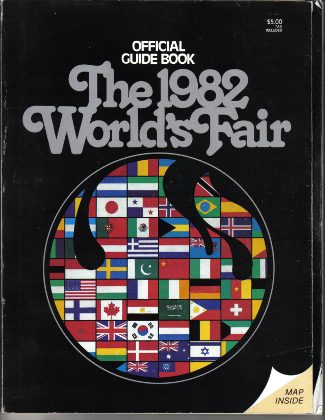 Sanction and Type - Sanctioned by the Bureau of International Exhibitions on April 27, 1977 as a Special Category Expo on the topic of Energy. 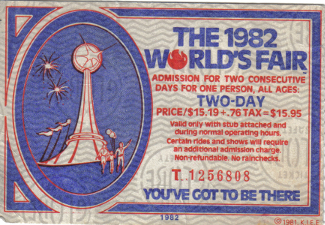 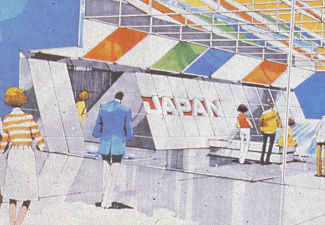 To not note the ambition of the city to host a world celebration would be remiss. Knoxville, a small city by any measurement in 1982, (City population in 1979 was 181,534, metro of 482,544) decided to host the world on one of their favorite topics, energy, and managed to pull off an engaging small expo that met expectations. The Philadelphia Inquirer noted, prior to opening day, "What started off looking like a modest regional energy exposition has ballooned into a celebration that promises to be the biggest and most celebrate affair of its kind ever held in the Southeast." The Expo Authority predicted 11 million people would come. 11 million people came. They overcame the elites in New York who noted, in a Wall Street Journal article, "What If You Gave a World's Fair and Nobody Came?" Shut up! They did. There were over twenty nations represented, fifty-four restaurants, and parking for over ten thousand cars. There was a gleaming United States Pavilion that cost $22.8 million dollars and was meant to be a permanent addition to Knoxville. The exhibit inside was wonderful, including a gigantic IMAX presentation; it didn't remain permanent. Above that pavilion and rising above the entire fair site was the Sunsphere. It was 266 feet high, cost $4 million, and was meant to be permanent. It remains today.

The international pavilions were housed in warehouse type structures built for the purpose and were draped in engaging designs and containing exhibits to marvel the crowds. The Chinese pavilion included a unique look into the handcrafts and culture of the nation that was just beginning to emerge into a capitalist and communist training ground. The Japanese, Korean, and Australian pavilion hit their energy and cultural marks as well.

Yes, there were problems. The site was small and a bit cramped, partly due to its ribbon nature and in part due to meeting its attendance goals. Those are really not bad problems to have. The city was said to have loans to repay after the fair due to infrastructure improvements and a variety of reports state that the fair broke about even (some say a $1 million profit). Much of the troubles associated with the event occurred at the end or post-fair. The fair chairman ended up in prison during the Savings and Loan scandel. Some of his shenanigans had been reported prior to the fair, but the impact was predominantly post-fair. There was lots of criticism after the fair about the lack of post-fair redevelopment that was promised, but did not come as planned. 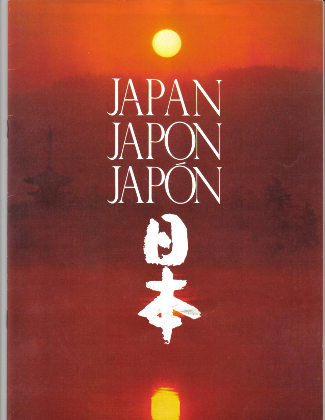 Leonard Levitan, Exhibit Technology - "My favorite expo media story is about the TODAY Show at the 1982 Knoxville World's Fair. The author, John Gunther, had written a book about the U.S. in the 1950's wherein he described Knoxville as a "dusty little town" which it was .... then. Briant Gumbel, Jane Pauley and the TODAY crew arrived just before opening day of the Fair and were welcomed with limos, gratis hotel, food and all the courtesies the Fair could put together. They bent over backwards to make NBC's job easy and pleasant with real southern hospitality. The whole purpose of the Fair was to change that image of Knoxville and Eastern Tennessee, to attract new industry and residents to the region. Gumbel and Pauley did a good job and everything was going well. On the last day, with the last comment of the show, Jane Pauley looked into the camera speaking nationwide and said as a closing remark: "You know, as enjoyable a time as we have had here in Knoxville, I have to admit, all in all it still is a "dusty little town." At that moment, every local support for the NBC crew vanished leaving Gumbel and Pauley and several NBC crewmen to pack everything up and carry it off the fairgrounds themselves. Nobody would help. They couldn't even get a taxi to the airport. I think they hitchhiked. Five years after the Fair, Eastern Tennessee and the Knoxville environs could boast a new GM Saturn Plant and a new Nissan Plant, plus an extension of the Alcoa Plant and Magnavox moved to Knoxville tripling the population of the area and reducing unemployment to almost zero."

"The only significant concept introduced in 1982 that impacted the American public was how far the Japanese had developed robotics for industrial applications. I was responsible for two other innovations in Knoxville in the Federal Express Pavilion. One was the concept of the use of video for lineups, firmly adopted today by all theme parks. I also introduced laser as a continuous nighttime event. I was not the first to use laser as an entertainment media, but I was the first to obtain permission from the U.S. Government for the continuous presentation every night up in the sky. Up to that time it was illegal except for special dispensations by the FAA, say for the Fourth of July. The only other innovation I witnessed at Knoxville was a railroad track and a freight train that came rattling through the middle of the Fair once a day. The energy theme was related to the establishment of the Tennessee Valley Authority outside Knoxville."

"Knoxville had a grandstand party for demolition of the first building on the intended site to celebrate the beginning of construction. Unbeknownst to the celebrities present with the governor pressing the button, the building detonated had several hobos inside who came staggering out through the smoke and rubble. (Even though inexperienced), Knoxville had the best personal life of a city to put on a fair. They were charming, helpful, handing out cups of coffee, the head of the fair was very cordial. Five years after the expo, there was lots of economic development in surrounding area that came because of the fair, i.e. Saturn, Nissan, and Magnavox plants."

Bruce Schulman - "There was a *LOT* of excitement in East Tennessee, but I don't think it was matched nationwide. It seems from the research I have done that the fair was considered nice, but not overly compelling. No major "must see" draw to pack them in. The expo was not considered big news nationally, so media reaction was comparitively subdues. Locally, it was news every day. The press accounts I have read indicated a lukewarmly positive press. No one was bowled over with what they saw. NY reporters didn't care for Knoxville, which they termed "a scruffy little city." Nothing really significant came of the fair. With my hometown, Oak Ridge, the atomic city, nearby, it (theme) was suited. TVA also is headquartered in Knoxville. (Overall Theme) Not bad, but not inspired, either. There were several problems but they managed to turn a very, very, very, very small profit when all was said and done." 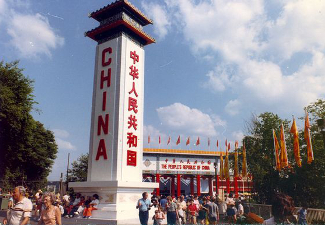 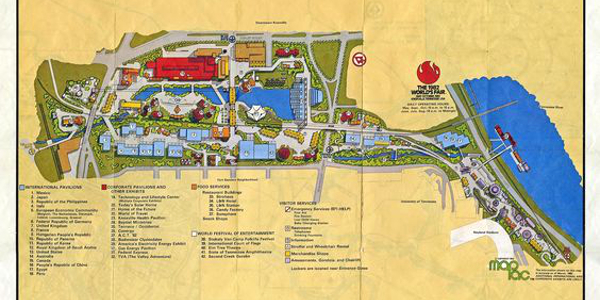 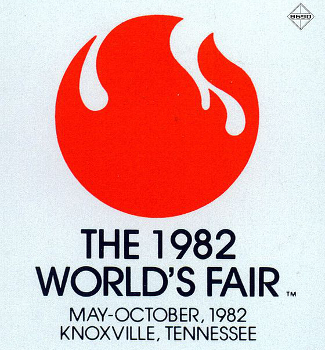 Coca-Cola was the Official Soft-drink of the 1982 World's Fair. The had specially designed kiosks around the site. Since the 1905 Lewis and Clark Centennial Exposition in Portland, Coke had been at eleven international exhibitions.

Transportation on site included an aerial mountain chair from the Candy Factory to the China pavilion or gondolas from the Sunsphere to the Folklife Festival. The Amuseument Area included a Ferris Wheel, Log Flume, Pirate, Wave Swinger, and eight others.

World's Fair spurred other development, including 3 new hotels, the Quality Inn, the Hilton, and a Holiday Inn, which would top the exhibition hall to be convention center after fair.

Legacies
Although the to be permanent United States Pavilion was demolished, the Sunsphere and Tennessee Amphitheater remain, as well as other existing structures that had been on-site prior to the fair, including the Candy Factory and Victorian houses. The original exhibition space beneath the hotel, is also there, and will be renovated starting in 2017. They form the core of World's Fair Park. The new after fair Knoxville Convention Center now occupies the site of the U.S. Pavilion. 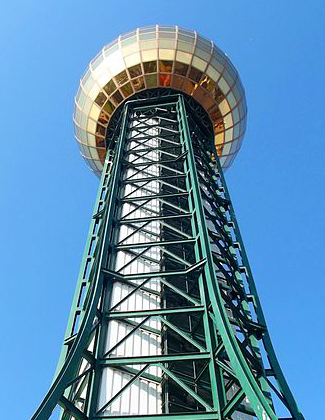