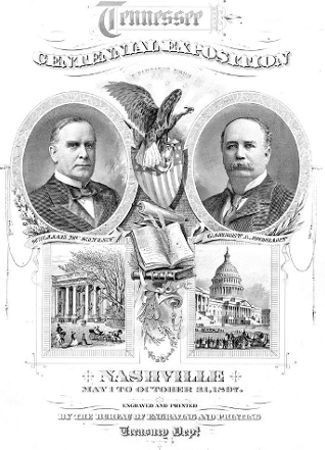 Sanction and Type - Prior to the Bureau of International Expositions. Would be considered a Recognized Expo with Special characteristics like those on the 2-3 or 7-8 years of a decade. The U.S. Congress approved an appropriation for government exhibits and buildings ($130,000), and authorized foreign exhibitors to attend, with articles duty free. 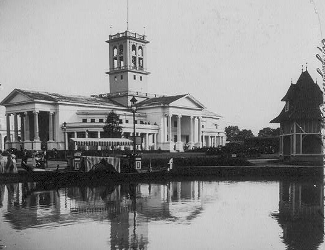 There was so much competition within the United States for hosting World's Fairs in the 1890's that Douglas Anderson, with idea for the fair in 1892, suggested six cities vie for the right. Nashville won, joining in with Chicago, with the World's Columbian in 1893, and smaller fairs in San Francisco 1894, Atlanta 1895, and Omaha 1898 in hosting of the world during that last decade of the 1800s. It was about civic pride. It was about patriotism. But it was also difficult to differentiate yourself from the competition. So Nashville built a replica of the Parthenon to host their fine arts display. It's still there. Well, a rebuilt version of it, and it's still a very popular tourist attraction.

They drew in exhibits from sixteen nations, although most were unofficial, but did include official exhibits from Washington, and nearly all states participated. It was a fair that still tried to reconcile the wounds from the Civil War and show that southern cities had rejoined the national and international economy. There were the boyhood cabins of Abraham Lincoln, as well as one of Jefferson Davis, at the fair. There were railroad exhibits from George Pullman that had previously been exhibited at the World's Columbian. There was a separate Mexico pavilion and an amusement section called Vanity Fair. Yes, there was a lot of suxtaposition at this exposition, like many others, ticketed as the 100th anniversary of the state's founding.

Fourteen principal buildings were constructed, about fifty total. Minerals and Forestry, 526' x 124' with an annex 72' x 162'. There was an auditorium seating six thousand. A Woman's Building - 160' x 65' that included rooms such as the Chattaanooga room, Georgia room, Mount Vernon room, etc. The Commerce Building was the largest structure at 591' x 256'. That's where the foreign exhibits were located. The Parthenon had fifty-eight columns and an art display worth over $1 million. That's alot for 1897. The Erectheon was reproduced for the History Building with 4200 square feet. There was a Children's Building, Transportation Building 400' x 120' on the western border of Lake Watauga, an Agricultural Building 525' x 200', Machinery Building 375' x 138', and Negro Building. 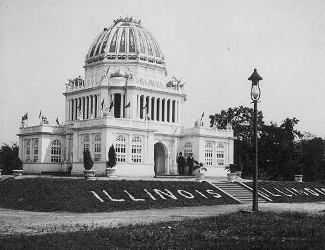 They didn't reach their attendance goal of two million, in some measure due to the outbreak of yellow fever in the Gulf States, which caused quarantines in some areas and scared other visitors away. In the end, the Tennessee Centennial turned a profit, some quote it as $39, although profit in World's Fair terms is in some ways difficult to assess. The subscriptions that support the fair are sometimes called revenue. 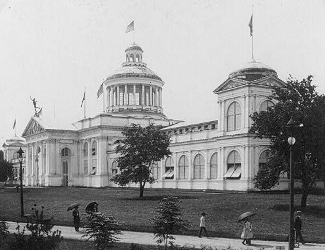 States and cities with their own buildings: New York, Illinois, Alabama, Texas, Arkansas, and cities of Memphis, Knoxville, Cincinnati, and Louisville.

Note: Above taken from the Official Report, although it is still sometimes difficult to tell whether certain nations or participants from those nations actually participated in a significant way. Take the above as a guide, not gospel.

The population of Nashville and suburbs at the time was about 150,000.

The fair should have been held in 1896 to accurately reflect the Centennial of Tennessee, but was postponed until 1897 to give the fair enough time to complete construction.

Its site in West Side Park had tranportation from the city center by street car and train for 5 cents. 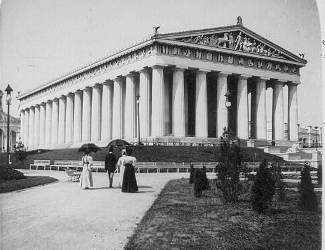 Legacies
The Parthenon Building remained after the exhbition with Centennial Park established around it in 1902. By 1920, the original structure was beyond repair. It was rebuilt in concrete from 1902-1931 and renovated again in 1988. It currently serves as Nashville's Art Gallery with state of the art galleries, a gift shop, and office space.

John W. Thomas, President of the Nashville, Chattanooga, and St. Louis Railway, was president of the exposition. Major Eugene Castner Lewis, Chairman of the Board of NC & SL railroad, was Director-General. He had orginated the idea of the Parthenon. The other officers of the exposition were V.L. Kirkman, Nashville, 1st Vice President; W.A. Henderson, Knoxville, 2nd Vice President; John Overton, Jr., Memphis, 3rd Vice President; Charles E. Currey, Secretary; W.P. Tanner, Treasurer. A.W. Wills was Commissioner-General. Robert T. Creighton was Engineer in Charge of the Buildings and Grounds. 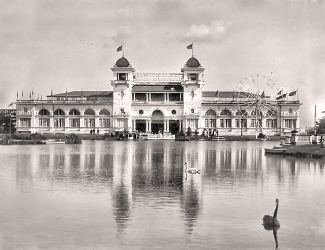