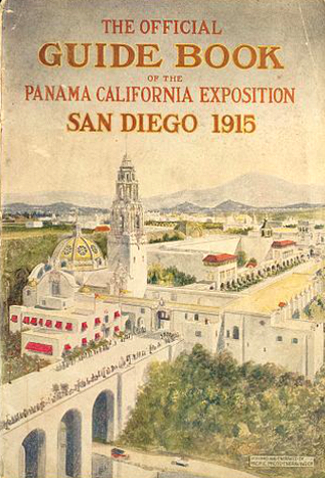 Site Acreage - Various sources list a different amount of acreage, so what the expo actually contained within the visitor gates is difficult to ascertain. The range suggest 194 acres within 1400 acres of Balboa Park, and between 400-640 acres, but those figures are unknown as to what they represented.

Sanction and Type - Prior to the Bureau of International Exhibitions. It's difficult to qualify what type of expo San Diego 1915-6 would have been in BIE lexicon today. Its duration suggests a registered event, however, the lack of international participation and smaller theme scope suggests a "special" theme event held on the 2-3, or 7-8 years of the decade. Congress did eventually support the exposition and there was federal recognition of the event.

Ticket Cost - Regular admission was 50 cents for adults weekdays and 25 cents after 6 pm and Sundays, plus charged 25 cents extra for people with cameras. 25 cent price for children. Season tickets originally $25, then reduced to $10 later in 1915 season and $5 in 2016 due to problems of impending war in Europe.. 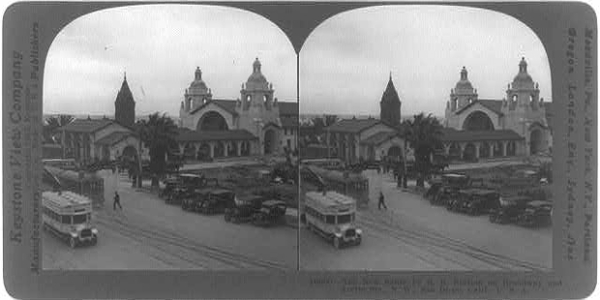 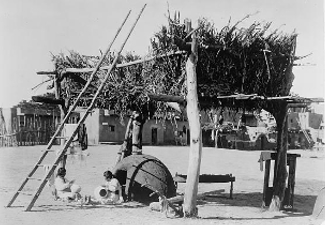 It was a bold move, attempting to host a world's fair in a city with a 1910 population just over thirty thousand, all the while competing against the larger exposition with more international flare in San Francisco. But the leaders of the movement to host the exposition to celebrate the Panama Canal had been gaining steam for over a decade. The San Francisco effort had started first, in 1904, but the San Diego Chamber of Commerce and business leaders were undeterred, announcing on July 9, 1909, that they would seek Congressional recognition for their own fair. With New Orleans also in the running, state leaders in California voted in 1910 to back San Francisco with San Francisco stating that once federal recognition was granted to them, they would support San Diego for a more limited fair. They didn't back them, prompting Congress to deny, at first, San Diego's approval. David C. Collier, the San Diego railroad tycoon, kept pushing, eventually committing up to $500,000 from his own money to the fair. Congress relented, approved, and San Francisco eventually shipped their international exhibits down in 1916 after their fair closed. Yes, that's why the International was added to the title in the second year.

The fair was stylish. From the entrance across Priente Cabrilla, a bridge of Roman style 135 feet high, across a deep canyon., you could see the buildings of Spanish-Colonial style in white concrete with red tile roofs. There was an $1 million open-air organ. The New Mexico Building was a replica of the Mission of San Estevan at Acoma. There was an ornate Japanese temple. The amusement area, known as the Isthmus, was two thousand five hundred feet long and had a replica of the Panama Canal plus a War of the World's fantasy exhibit on New York City being destroyed by Asia and Africa in battleships and planes. Well, some of that came true, albeit in a different location with Pearl Harbor and World War II. Just ahead of their time and a bit off course.

Despite the competition, a world war, and the size of the city that was hosting, the Panama-California (International) Exposition was a profitable hit. No, it didn't reach lofty heights in attendance compared to other fairs, but it turned a profit, which was gifted to the San Diego museum. The first months started slow, causing concern, but by the summer months, attendance picked up, quelling fears of an early close. With new exhibits opening, i.e. Brazil, and attendance by important figures, Thomas Edision and Henry Ford together, the expo gained steam, even prompting the call, and eventual agreement, to open for a second season. An audit at the close of the 1915 season showed a profit of $233,721,81, which went to pay debt, and turned over a net surplus of $56,570 to the 1916 exposition. And with the addition of the international exhibits from San Francisco, it would change its name and become a more representative world's fair. 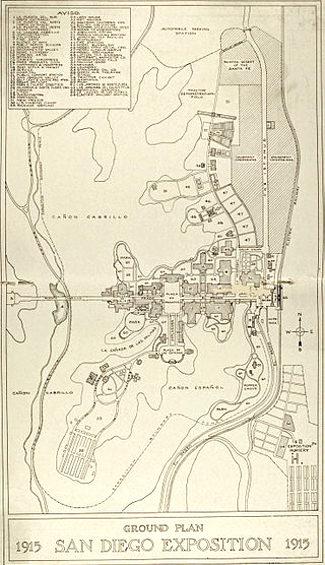 Richard Amero - "Prominent figures attended during the first years of both fairs, but declined considerably during the second years. Of course, the first year of the 1915 fair ran concurrently with San Francisco's so people coming from the East took in both if they had the money. The public relations department was good. It used people who had worked for the other fairs, especially Seattle's. D.C. Collier, the director general, was an effective salesman in the wild west manner popular at the time ... a sort of John Wayne who cavorted well with politicians. His ideas were too extreme to see the light of day, but everyone liked the ballyhoo. Through his efforts for the fair, he got connections in Washington, D.C. that helped him land jobs promoting fairs later."

"The 1915-16 fair was outstanding because of its dramatic impact in opening eyes to the possibilities of San Diego & the Southwest. New Mexico and Santa Fe benefited from their exhibits. I am not so sure about Montana, Washington, Kansas and Nevada. I think the International Harvester and Lipton Tea Exhibits generated valuable publicity for their companies. Likewise, for many of the industrial and food product exhibits in the bib exhibit buildings. San Diego was not a rich city. Scarcely able to afford keeping the exposition alive after its formal ending, it yet succeeded in perpetuating museums which have proliferated so that they now occupy almost the entire former exposition plant. Architecturally and symbolically, the City & I are still struggling over the meaning of the Exposition. How much do we owe Mexico and Spain and is there a way of showing our awareness of our debt? The theme of the first fair (1915-16) was part of the ethos of the City Beautiful Movement. It took visitors & San Diegans into the ozone. When they landed, they had some difficult adjustments to make. The City Beautiful was a dream that was mostly unrealizable in permanent terms & it did not address serious social & economic problems. After the fair, San Diegans split up into a faction that wanted to keep the high culture & a faction that wanted their culture low, but more than than a faction that wanted jobs that temporary fairs could not supply. The theme was multifold depending on who was generating the publicity. The idea that San Diego & the Southwest would become an agricultural wonderland for the small farmer ("Back to the land") was fanciful & had few repercussions. Imperial Valley bloomed because of water from the Colorado River, but the Exposition did not go into that. The cultural aspects of the theme were the best. Dr. Hewett of the Museum of New Mexico & the American School of Anthropology was responsible for this. The architecture was not entirely Goodhue's as he left it to his assistants and Frank P. Allen, Jr. & complained afterwards. A lot of blarney has circulated about the buildings being the most beautiful in the world & the Plaza de Panama being a rival to the Zocalo, the Piazzi di San Marco, etc. This is, of course, ridiculous." 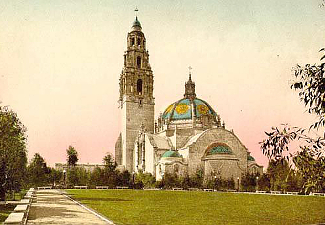 Note: It is sometimes difficult to tell whether certain nations actually participated in a significant way. That may be especially true with an event that started out regional, then national, then international in scope. Newspaper reports as well as the official guidebook may indicate participation, whether official or unofficial, when actual participation did not occur, or occurred minimally. Take the above as a guide, not gospel.

Expo Tidbits
Amusement area was termed the Isthmus. International Harvestor Company had Model Farm with the Painted Desert, financed by Atchison, Topeka and Santa Fe Railroads across the street. Motion picture concessions on Isthmus signalled the blossoming of film. "The World to Come - Universal Films," was actually produced at fair.

Legacies
Many of the mission revival buildings designed for the Panama-California were to be permanant exhibit halls left in Balboa Park. They would serve expo purposes again in 1935-6 when San Diego hosted their second world's fair in 1935-6. Today, the California Building is now the Museum of Man housing ethnological and archaeological materials gathered at the exposition. The Commerce and Industries Building has been reconstructed as the Casa de Balboa. The Indian Arts Building rebuilt as the House of Charm. The Botanical Building remains. The Chapel of St. Francis Assisi is housed in one portion of the Fine Arts Building, which is also part of the Museum of Man. Other buildings that still remain; Administation Building, Foreign Arts Building, Varied Industries and Food Products Building, The San Diego Zoo would eventually be established from the abandoned animal exhibits of the Isthmus amusement section. Overall, the New Spanish Colonial architecture was instrumental in the development of the city and park. And it spurred not only the park, but the population of the city, which doubled during the decade. Ties with the navy and other military officials that still exist are credited by some as beginning with the expo.

Director-General of exposition was David C. Collier, lawyer, real estate investor, and railroad builder. Management team included G. Aubrey Davidson, President of the Chamber of Commerce, Lyman Gage, first President of the World's Columbian Expo in Chicago 1893 and former Secretary of Treasury. Frederick Allen was the landscape architect. Board of directors included Ulysses S. Grant, Jr., son of President Grant, who was chosen as President of Board. He would later resign and Collier chosen as President. Albert S. Spaulding, sporting goods manufacturer and baseball player, was also on the board. 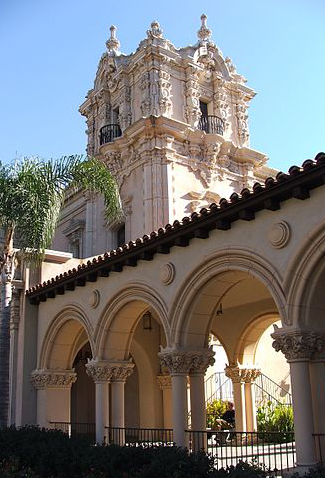 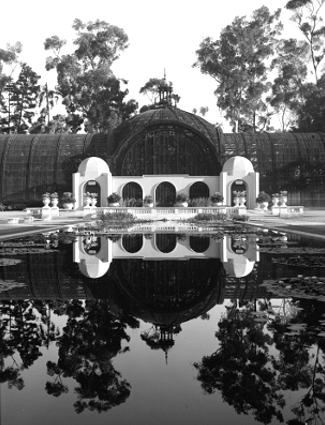