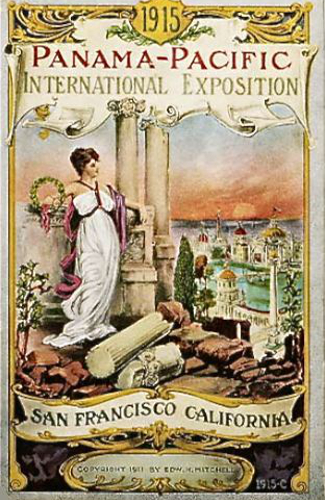 Sanction and Type - Prior to the Bureau of International Exhibitions. Would be considered a Universal style Registered event today like those on the 0 years of the decade. Was federally recognized with an official proclamation from Congress, and the President issued an invitation to foreign nations in February of 1912. 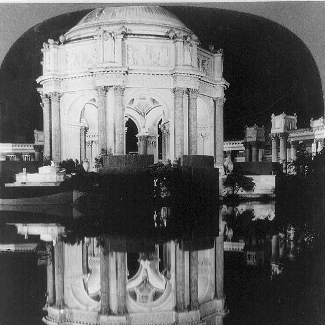 San Francisco was enjoying a necessary, but painful rebirth after the earthquake and fire of 1906. This World's Fair celebrated that rebirth, as well as the official theme celebrating the opening of the Panama Canal. Yes, that's where the Panama Pacific International Exposition got it's name. And yes, it was the official reason. But we believe, for most, not only historians now or the public at the time, it was the amazing buildings, exhibits, and panarama of this fair in a city that had been lost less than ten years before, that was its genesis and reason. There were thirty thousand exhibitors and eighty thousand exhibits within those majestic palaces over the six hundred and twenty-five acres.

The exposition had been an idea on the burner since 1904 with the pending opening of the canal, but the devastation of the earthquake and fire, knocking down twenty-eight thousand buildings in the city, caused its delay. By 1909, San Francisco had competition for the exposition from San Diego and New Orleans. It won the right for a large fair, but backed San Diego's idea to host a smaller, more limited exposition. Of course, the challenges would continue. World War I in Europe challenged exhibits coming from that section of the world, and some exhibitors, such as France, would come while engaged in the war. 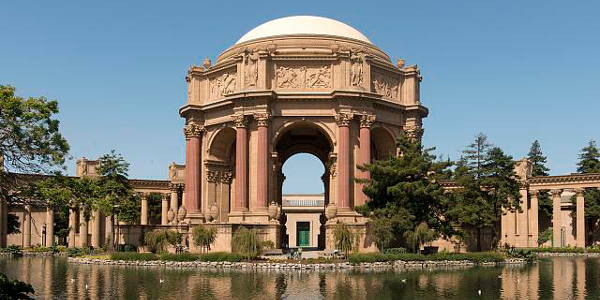 The exhibition would be built on reclaimed land from San Francisco Bay in the Marina District and Presidio with the foreign participants west of the main buildings. There were eight of them, including the Palace of Education, the Palace of Food Products, Palace of Agriculture (680,000 square feet), Palace of Liberal Arts, Palace of Manufactures, Palace of Transportation, Palace of Mines, and Palace of Varied Industry. To the south, there was Machinery Hall, the Palace of Fine Arts, Palace of Horticulture, and Festival Hall. The Tower of Jewels was one of the marvels of the fair; four hundred and thirty-three feet covered in glass jewels from Austria.

The main buildings were constructed in Spanish, American, and Mission style. There was a central court called the Sun and Stars and throughout the grounds, there were two hundred and fifty groups of statuary. There was a grand pageant, something we don't even know what to compare it to today, unless you consider them akin to the opening ceremony at the Olympics when the host country shows you their culture. This one was on the history of California. The fair was opened at noon on February 20 by President Woodrow Wilson, using wireless from Washington, D.C., and the Panama Pacific never really looked back. There were firsts such as the initial transcontinental telephone calls made from the 1915 exposition. There was music. More than twenty-five popular songs were composed for the exposition, such as "Meet Me at the San Francisco Fair," "Hello 'Frisco," and "San Francisco at the San Fran Pan Ameican Fair," and "Hail California." No, they're not on the radio today.

The fair turned a profit, $2,401,931 profit, some reports say more like a million and a half, amazing in its own right, and was considered a success. It was an artistic feast. It was a fun fair with the Joy Zone containing exhibits on the Panama Canal, a moving walkway, and more. And while World War I hurt international participation, it assisted in bringing fair visitors from the East Coast who might normally had vacationed there that summer. The New York Times feted it as "Astonishing success is Achieved," and "Pan-Pacific Exposition Is a Money Maker." High praise from the far coast and a significant achievement for any fair.

Marvin Nathan - "Public response was strong, as evidence in magazines and newspapers nationally, presidential interest (Taft and Wilson involved) and national interest in rebuilding of San Francisco. National coverage was positive, being masterfully manipulated by the PPIE editorial staff. Local papers were dazzled by "the Jeweled City" or "the Domed City," taking great pride in the achievement so soon after near total disaster. (The Expo Authrority was) Brilliant! One of the most effective pre Madison Ave. Ad campaigns in history. With a staff of fewer than then, the editorial committee got literally millions of words and thousands of stories in international, national and local press. See Frank Morton Todd's 5 vol. History of the PPIE for the story of this coup. (The Public was) Very strongly in favor. People were dazzled by the grandeur of the buildings, the new technology, the gorgeous indirect lighting and Maybeck's highly evocative Palace of Fine Arts. Inevitably publicity pales after some months, but this fair got pretty consistently good flack for ten months, largely due to the publicity dept's stellar efforts." 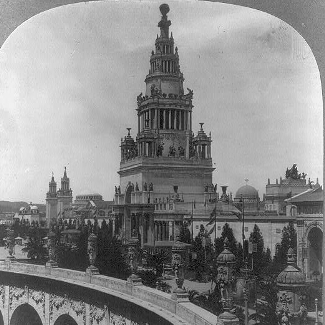 U.S. States Participating - 25 domestic states, plus Hawaii, Philippines, and City of New York. Puerto Rico also participated. Some sources state that the total number of U.S. states and territories was 32.

Sousa Band played twice a day for nine weeks in the afternoon at Festival Hall and at night at the Court of the Universe. Sousa titled his march, "Pathfinder of Panama."

Liberty Bell was brought from Philadelphia. There was a working model of the Panama Canal on five acres.

"The End of the Trail" sculpture by James Earle Fraser of an exhausted Indian on horseback, which has been reproduced many times, was 2.5 times lifesize and made of plaster tinted to represent antique bronze.

Legacies
Palace of Fine Arts was reconstructed in 1967. One major remnant is the rotunda of the Palace of Fine Arts, which was restored, actually completely rebuilt from bottom up in 1953 and 1968. Exhibit halls of palace had been home to Exploratorium Science Museum from 1969 to 2013 before their move to the Embarcadero Pier 15. It now hosts art exhibition and is a popular site for tourists and local weddings. There is also a small theater, the Palace of Fine Arts Theater. The Palace of Horticulture survived until 1955 when it was torn down. Other structures survived, but were moved from the site, including the Japanese Tea House, Wisconsin, and Virginia buildings.

Fair was headed by Charles C. Moore, president of one of the country's largest hydroelectric firms. Other men on the Expo Authority included Herbert Hoover and Franklin Delano Roosevelt. 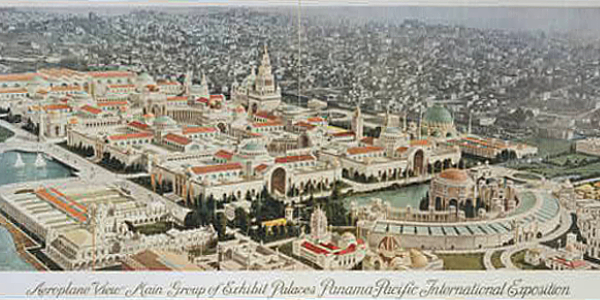 Sources: "The Story of the Exposition, Being the Official History of the International Celebration Held at San Francisco in 1915 to Commemorate the Discovery of the Pacific Ocean and the Construction of the Panama Canal," by Frank Morton Todd; The Anthropology of World's Fairs: San Francisco Panama Pacific International Expo of 1915, by Burton Benedict; All the World's a Fair; History of Centennials, Fairs and Expositions; New York Times; London Times; Historical Dictionary of World's Fairs by Alfred Heller; Fair News; Les Fastes du Progres; Bureau of International Expositions.