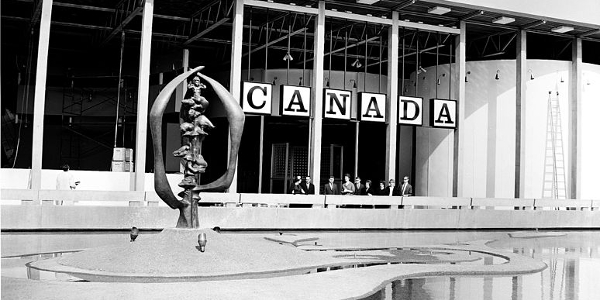 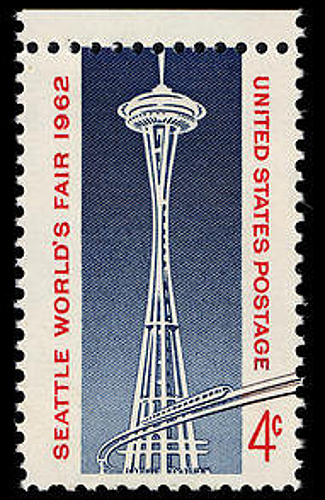 Sanction and Type - Sanctioned by the Bureau of International Exhibitions on 11-8-60 as a Second Category General Exposition. At the time of the expo, the B.I.E. sanctioned fairs as General Category 1, 2, and Special. Would be considered a Special Category, Recognized event today like those on the 2-3, 7-8 years of the decade. 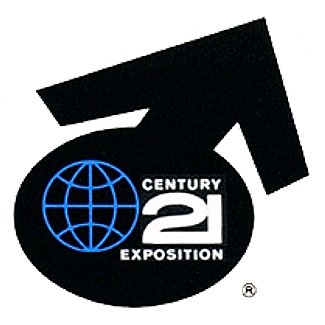 The Century of 21 Exposition was a World's Fair dominated by a needle, the 605 foot Space Needle that rose above the relatively small grounds compared to other expositions. It was the tallest building west of the Mississippi River when built. Century 21 was an official Bureau of International Expositions event, something it had won over the larger event that would dominate New York City two and three years later. The fair was focused on science, spurred by that space race between the Soviet Union and the United States. Scientists around the nation chaffed at watching the Soviets and their Sputnik and wanted to show the world that the United States was still in the race. Ford had one of the most popular pavilions in a geodesic dome with its attraction "Adventures into Outer Space."

The fair had originally been proposed as a fifty year anniversary event to the 1909 Seattle fair, but delays caused its postponment until 1962. They purposefully built a small fair with buildings that could be used after the fair. That came true; the Space Needle would stay, the United States pavilion with its six buildings over seven acres would become the Pacific Science Center, and the Washington State Coliseum would remain as the Seattle Center Coliseum. And the monorail that connected the site, it would remain as well. Another legacy, the movie "It Happened at the World's Fair," starring Elvis Presley.

Above photo. Map of the fairgrounds, 1962, Source Unknown, likely Expo Authority. Courtesy Pinterest. Below: Aerial view of the Space Needle with the former fairgrounds below it, 2003, U.S. Navy. 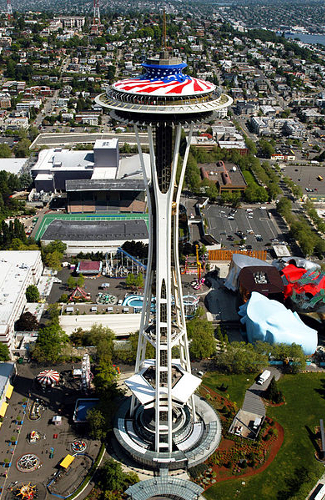 The exposition was segmented into worlds of commerce and industry, art and entertainment, a year 2000 exhibit, and the World of Science. The exposition was the brainchild of auto dealer Joe Gandy, who asked Walt Disney to help the Seattle organizers. Disney declined due to his interest in New York's fair. That didn't stop Seattle from getting exhibitors or nations, those nations spurred by the B.I.E. imprimatur. Some of the most popular exhibits were the IBM Pavilion, which drew 3,083,072 visitors, Bell Systems 3,543,360, Douglas Fir Plywood Association House of the Future, estimated. 3.5 million, Library 21 1.8 million, Electric Utilities Display 3.6 million, and General Electric 2,001,998.

The fair would be a success, turning a profit, creating legacy institutions in buildings provided by the fair. It was well planned and well regarded, although to be fair, the public money provided for the Science Pavilion by the United States, as well as money from the state of Washington and city of Seattle helped the bottom line a bunch. It was estimated that they received $36.4 million from the public treasuries.

Jay Rockey - "It became more of a matter of "national pride" when heroes such as John Glenn visited right after his first orbital flight. Public and media reaction grew strongly after opening; the Space Age theme (visitations by John Glenn, Russia's Ghermin Titov, etc.) were major events. Pre-fair promotion was good (Life Magazine cover, etc.) But there was very little advertising budget. The idea of a world's fair that left a legacy may or may not have been totally original, but it was unusual and captured the interest of media and people. (The legacy was "Seattle Center", with several permanent structures such as Space Needle, arenas and U.S. Science Exhibit, which became the Pacific Science Center. The Russians had just launched Sputnik. The U.S. was deeply concerned. The science community urged the government to do something to increased Public understanding of science. Hence the U.S. Science Exhibit ... plus a major NASA exhibit, ... plus many visiting Astronauts and their space capsules, etc."

"A key reason the S.W.F. "Worked" was because all promotion aimed at "visit S.W.F. as part of your great Pacific NW vacation". Thus all NW states and western Canada and most NW communities were able to "buy into" the promotion. We organized region wide campaigns to "get ready for company" and "welcome visitor" in hundreds of communities. Also, promotions to encourage people all over the NW to invite family/friends from across U.S. & Canada. A postscript: This focuses on the Space Age element. It also should be pointed out that this world's fair was a delightful event, in a pleasing setting, in an attractive part of the world. The attendance success of most worlds fair depends on the people within a few hundred miles. They must look on a fair as "Their fair (make that "our fair"), not as that Seattle fair. Fortunately, S.W.F. (Or Century 21 Exposition) had some attractions that enhanced the publicity: Space Needle, Monorail, Science Exhibit. World of Tomorrow arena and enough foreign participation for legitimizing the name. People tell me that it was "a lot of fun". (I guess, from the inside, you never know!) 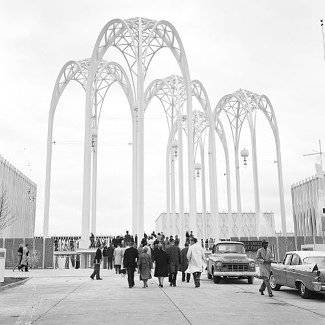 5.5 million people rode the monorail. An estimated 2.75 million rode the elevator of the Space Needle, which was privately run and financed, estimated to take 7-9 yrs. to pay off. The Eiffel Tower, built for the 1889 Paris World's Fair

, had had the same private arrangement.

Boeing hired Cinerama to design the Spacearium experience that took fairgoers on a tour across Earth, past the Moon and Sun and out into the galaxies. Sperry Rand displayed its $1 million computer, a machine over 100 square feet in size with the computing power of 3 megaherz.

Actual admissions through advance ticket sales was 3,976,800, significantly higher than original estimates ranging from 700,000 to 1,000,000. This allowed the Expo Authority to promote attendance as a positive, which was reflected in stories about the fair, thus spurring more attendance. In the end, the attendance at Seattle 1962 came in right around the estimated attendance.

Legacies
The Seattle Center Coliseum, now known as the Key Arena, the Opera House, Science Pavilion known as the Pacific Science Center today, the International Fountain, the Theatre, the Coliseum, Food Circus, and Midway, plus the icon Space Needle. The monorail still takes pasengers from the area into the city and has been expanded. 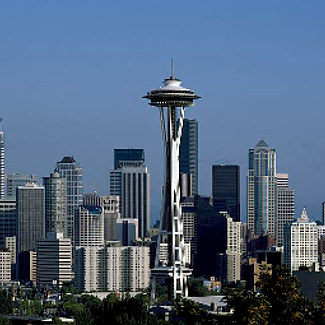