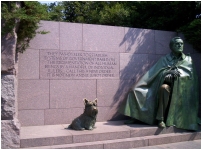 February 26, 2014 - Only days after hosting the Winter Olympic Games in Sochi, Russia, the Russian Federation annexes the Ukrainian territory of Crimea, causing widespread condemnation, a temporary suspension of Russia from the G8, and limited sanctions by the United States. Russian expansionism becomes a topic for the first time since the end of the Cold War in 1989. 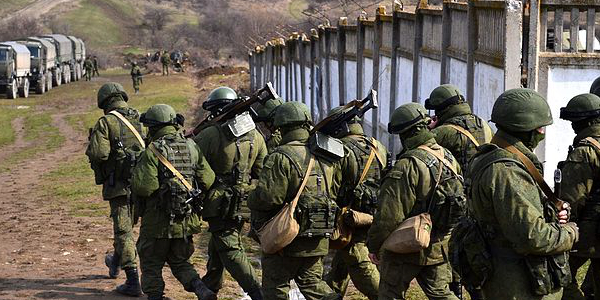 The Sochi Olympic Games had just been completed, a two week Russian love fest and sporting event encompassing athletes hailing from eighty-eight nations from the days of February 7 to 23. Three days after the closing ceremony, the Russian Federation took that world acceptance, and rekindled its expansionist goals, the most brazen attempt at expansionism since the fall of the Berlin Wall and the end of the Soviet Union. It took the goodwill generated from the games, while many athletes still stood on Russian soil, including Paralympic athletes whose games would be held two weeks later in March, and threw it away. And it's not like the Crimean peninsula was far away either, only three hundred eighty-four miles by drive, two hundred and ninety-four miles by air.

For several days during the last events of the Olympic Games, meetings were being held by Russian leaders, including Vladimir Putin, on a plan to extricate former Ukranian leader Victor Yanukovych, a Russian backed President, from the Ukraine. The meetings broadened into a discussion of annexation of the Crimean Peninsula into Russian hands. The plan was swiftly executed. By February 27, the Supreme Council of Crimea was taken over by Russian troops while additional forces captured strategic installations across Crimea. By March 16, Crimea's independence, or Russian annexation, was complete. A new Supreme Council, and Russian backed Prime Minister, declared rimea to be an independent government entity, then held a people's referendum where a majority vote stated that Crimea should join the Russian Federation. Two days later, that Russian Federation had two more federal areas; Crimea and the federated city of Sevastopol.

How the World and United States Responded

World leaders condemned the annexation; it had breached international law as stated in the December 8, 1991 Belavezha Accords, which had created the Commonwealth of Independent States, ten former Soviet Republics, including the Ukraine, although it had never become an official member. Other treaties had also established the Ukraine's soveignty, including its claim to Crimea. The Helsinki Accords, as well as the 1997 Partition Treaty on the Status and Conditions of the Black Sea Fleet, were also documents that established the current divisions in place at the beginning of 2014.

International sanctions were placed on Russia and their suspension from the G8 was complete. President Obama announced the first spate of United States sanctions against Russian invididuals on March 6, 2014. Additional sanctions were forthcoming. Although still permanent through 2018, there has been some consideration for allowing the G7 to go back to G8 status with Russia being readmitted.

On March 27, the United Nations General Assembly passed a non-binding resolution condemning the annexation and declaring the referendum of the Crimean public to join the Russian Federation invalid. It passed 100 to 11 with 58 abstentions. Who voted against the resolution; Armenia, Belarus, Bolivia, Cuba, Nicaragua, North Korea, Russia, Sudan, Syria, Venezuela, and Zimbabwe. The United States was one of the one hundred nations who backed the resolution.

Reaffirming the paramount importance of the Charter of the United Nations in the promotion of the rule of law among nations,

Recalling the obligations of all States under Article 2 of the Charter to refrain in their international relations from the threat or use of force against the territorial integrity or political independence of any State, and to settle their international disputes by peaceful means,

Recalling also its resolution 2625 (XXV) of 24 October 1970, in which it approved the Declaration on Principles of International Law concerning Friendly Relations and Cooperation among States in accordance with the Charter of the United Nations, and reaffirming the principles contained therein that the territory of a State shall not be the object of acquisition by another State resulting from the threat or use of force, and that any attempt aimed at the partial or total disruption of the national unity and territorial integrity of a State or country or at its political independence is incompatible with the purposes and principles of the Charter,

Recalling further the Final Act of the Conference on Security and Cooperation in Europe, signed in Helsinki on 1 August 1975, the Memorandum on Security Assurances in Connection with Ukraine's Accession to the Treaty on the Non-Proliferation of Nuclear Weapons (Budapest Memorandum) of 5 December 1994, the Treaty on Friendship, Cooperation and Partnership between Ukraine and the Russian Federation of 31 May 1997 and the Alma-Ata Declaration of 21 December 1991,

Stressing the importance of maintaining the inclusive political dialogue in Ukraine that reflects the diversity of its society and includes representation from all parts of Ukraine,

Welcoming the continued efforts by the Secretary-General and the Organization for Security and Cooperation in Europe and other international and regional organizations to support de-escalation of the situation with respect to Ukraine,

Noting that the referendum held in the Autonomous Republic of Crimea and the city of Sevastopol on 16 March 2014 was not authorized by Ukraine,

1. Affirms its commitment to the sovereignty, political independence, unity and territorial integrity of Ukraine within its internationally recognized borders;

2. Calls upon all States to desist and refrain from actions aimed at the partial or total disruption of the national unity and territorial integrity of Ukraine, including any attempts to modify Ukraine's borders through the threat or use of force or other unlawful means;

3. Urges all parties to pursue immediately the peaceful resolution of the situation with respect to Ukraine through direct political dialogue, to exercise restraint, to refrain from unilateral actions and inflammatory rhetoric that may increase tensions and to engage fully with international mediation efforts;

4. Welcomes the efforts of the United Nations, the Organization for Security and Cooperation in Europe and other international and regional organizations to assist Ukraine in protecting the rights of all persons in Ukraine, including the rights of persons belonging to minorities;

6. Calls upon all States, international organizations and specialized agencies not to recognize any alteration of the status of the Autonomous Republic of Crimea and the city of Sevastopol on the basis of the above-mentioned referendum and to refrain from any action or dealing that might be interpreted as recognizing any such altered status.

Ancient history notes that Crimea was part of the Greek colonies, the Persian Empire, and Roman Empire in BC. By 1449, the Crimean Khanate was a state of the Ottoman Empire, run by Crimean Tatars, who in 1571, burned Moscow to the ground. Their reign lasted until 1783, even becoming independent from the Ottoman Empire in 1774. But the Russians never apparently forgot 1571, and conquered the now independent nation nine years later.

Soveignty and status of the Crimean Peninsula has been at odds with its government affiliation for centuries. The ethnic Russian majority maintains ties to Russia, despite the illegal annexation of 2014. To this day, polls taken by independent organizations in 2014 show that the Crimea majority favored being part of the Russian Federation, although it is not known whether those polls take into account fear of retribution, and thus, may not be fully accurate. 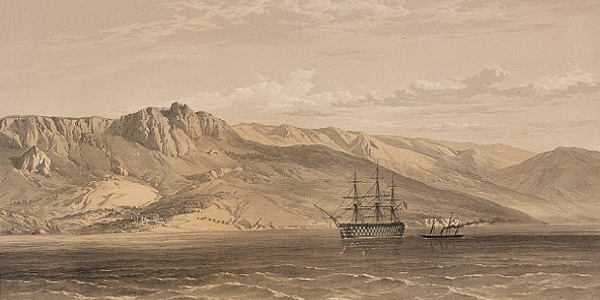 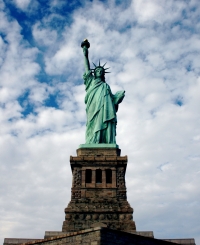