Visitors - Not Yet Available

Delaware weather can get hot in the summer with sporadic thunershowers. Dress accordingly and bring plenty of water, especially at the Woodlawn Tract, which as yet has no facilities. Spring and fall are more pleasant, and winter does get snow, although not a heavy amount most years. 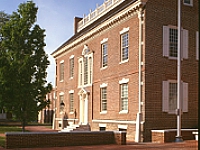 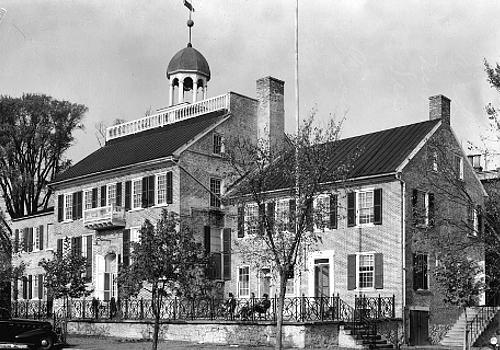 Nothing like something new, that's old, to see, and that's what the newly minted First State National Historical Park is. It is a newly designed national park, the first National Park Service site in Delaware history, that surrounds the history of the first state of the nation, its Swedish, Dutch, English, and Finnish heritage, ... the first European settlement here occurred in 1638, ... and a whole lot more. Dover Green was laid out by city planners in 1717, and seventy years later in a tavern nearby would be the site of the first state ratification of the Constitution.

Behind the New Castle County Courthouse sits the Sheriff's House, built in 1848, which served as part of the beginning of the state prison system.

The Woodlawn Tract contains part of the 12 mile arc, demarking the boundary between Delaware and Pennsylvania. It was created by taking a 12 mile radius from the cupola of the New Castle County Courthouse. In 1906, Quaker industrial leader Thomas Bancroft committed part of his fortune to buying over 1,000 acres outside Wilmington and preserving it for public use, making Woodlawn one of the first land preservation projects in the USA.

June 15, 1776 - Inside New Castle Courthouse , the Delaware Assembly votes to secede from England and Pennsylvania, thus creating the state of Delaware.

December 7, 1787 - In a tavern off Dover Green, Delaware becomes the first state to ratify the Constitution of the United States.

1848 - Abolitionists Thomas Garrett and John Hunn were tried for aiding runaway slaves on the Underground Railroad at the New Castle Courthouse. The trial was overseen by the Chief Justice of the Supreme Court. They were convicted and fined, but vowed to fight on.

Photo above: Sherrif's House and Jail in New Castle. Courtesy Wikipedia Commons. Below: Trail leading down to one of the trailheads on the Woodlawn Tract, Beaver Valley Section, of First State NHP. 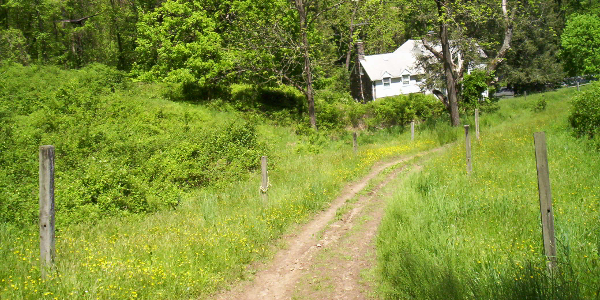 There's trails to walk, history talks and walks at the New Castle County Courthouse site (pictured above right), that of the Courthouse built in 1732, the town green, and Sheriff's House, plus the Dover Green, where just off it's border the state of Delaware became the first state to ratify the constitution on December 7, 1787. And there's a whole lot of planning and changes likely to come as the site moves, over the next three years, from state and local and private hands to National Park Service coordination.

A visit to Woodlawn, now called Beaver Valley in the National Park section, is the tract with its own history of land preservation in private hands. As one of the first such efforts in the nation, the park is still a little rough and ready, but has been open to the public since 1906, so folks have loved its charming vistas and foot worn recreation along the Brandywine Creek for years and will in the future. There are limited facilities there at this time, besides a few trash recepticles and signs, so bring your own food and water. There are parking areas and trails to walk and a creek to canoe, and nearby, actually just next door, the Brandywine Creek State Park has picnic tables, restrooms, a visitor and nature center, plus its own gaggle of trails to walk. It serves as the National Park Service Visitor Center for this section right now.

Dover Green - Now the site of many public functions and festivities, today Dover Green is also home to the Delaware Supreme Court and the Kent County Courthouse.

New Castle Green - Beside the New Castle Courhouse and Sheriff's House. a number of prominent buildings of historic significant abound around the green, including the Federal Arsenel, Academy Buildings, and Immanuel Episcopal Church.

Woodlawn (Beave Valley) - Over one thousand acre site along the banks and hillsides of the Brandwine Creek are open for recreation. They remain essentially the same as they've been since Bancroft began collecting the acreage in the early 1900's. 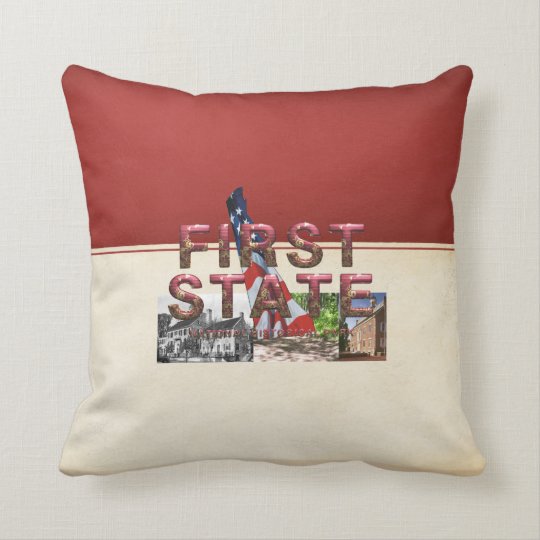 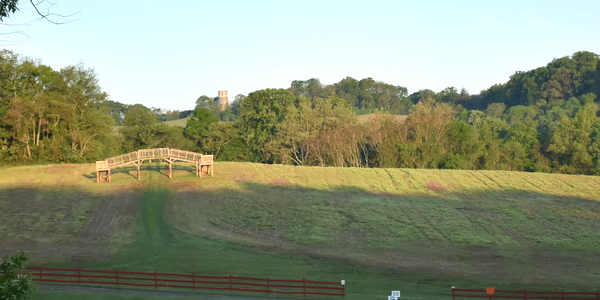 1. Take the guided tour of the Courthouse and Green at New Castle. There are a variety of walks and talks available, from the story of how Delaware gained its independence as a state from both Pennsylvania and Great Britain, to the historic buildings around the green, to the history of the Underground Railroad, and also tours about some of the most famous trials that had been held over the years at the courthouse.

2. Ponder nature. Whether you want to do this from your car, in a canoe on the Brandywine, or on a walk along either the creek or the farm hillsides surrounding it, there's plenty to see and do in Beaver Valley. We were surprised by a duo of turkey hawks, with some impressive wingspans, that bolted from the forest to the skies in front of us. Wish we would have been a little faster with the camera; maybe you will be.

3. Take a driving tour of the other sections of the park, including John Dickinson Plantation located below Dover, Dover Green, plus Fort Christina and Old Swedes Church in Wilmington. 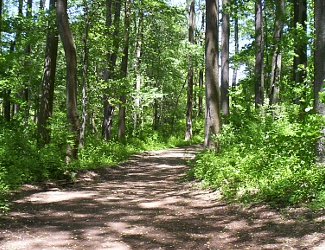 New Castle Court House and Sheriff's House - Open Wednesday to Sunday for historic walks and talks, plus visitor orientation of the green, plus this new national park.

Dover Green - The site of lots of history as well as current events. Check to see what's happening there and whether there might be something you'd like to see.

Brandywine Creek State Park Visitor and Nature Center If you're coming to the Woodlawn Tract, Beaver Valley, (photo above and above right), we'd probably first stop off at Brandywine Creek State Park. They can help you get oriented to the state park and the lands of First State which sits just next door. They have a nature center to peruse, restrooms, a gift shop, some nature walks and talks to partake in, and picnic tables just outside. The 933 acre state park was originally a dairy farm owned by the DuPont family. 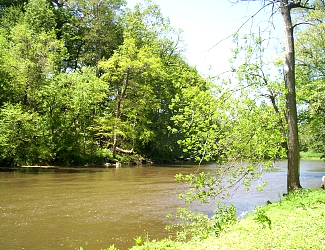 Lodging - There are no lodging options inside the park, but there are a good many options along the Route 202 corridor near Woodlawn. Thr Woodlawn section of the park is just a few miles from that corridor along Route 92 and Route 100. Both Dover and New Castle have a variety of hotels, motels, and inns available.

Check with the local tourist bureau for more options that might suit your needs. 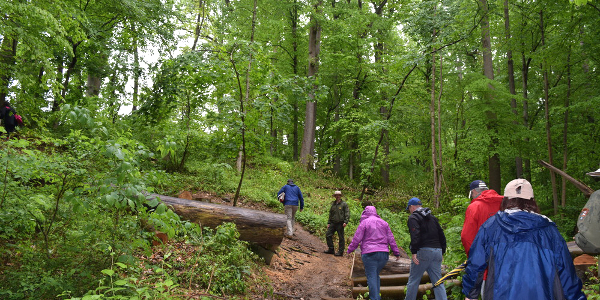 Photo above: Guided hike by a park ranger in the Beaver Valley section during the species inventory in 2016 conducted by the National Geographic Society and the Nature Conservancy. Courtesy National Park Service. 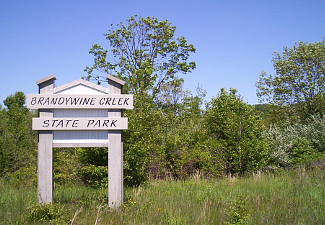