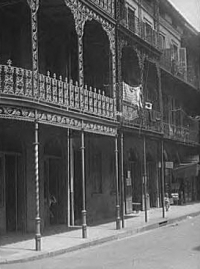 There is no doubt, in our minds, to this statement. New Orleans is the most unique city in the United States, and it has been that unique city through its many incarnations, whether they be French or Spanish, Creole or good ole USA. And it is truly remarkable place to visit. With that said off the top, it is still hard to imagine in some quarters of the city just how devastating Hurricane Katrina was when it hit on August 25, 2005, and the restoration work that continues. But for the traveler and visitor, most of the main historic sites and areas are intact and awaiting your visit. They also, in many ways, need it, and remain among the best ways to help in the recovery by providing the economy the residents and businesses need. 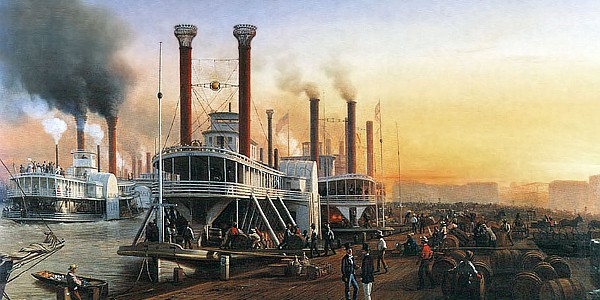 Siting the City - When the forefathers of New Orleans chose its location, it had many advantages; proximity to the river and a mode of transportation that made journeys back to France, or imports from any port in the new world possible, for starters. But it had disadvantages, too, and huge ones to boot. This was a land so low, the majority of the city remains below sea level. It is land so low, that when ships pass by, you have to look up from many sections of the city. Folks had warned, in some jest, about this for centuries before Katrina made all comedy moot about the subject. In some ways, this fact creates some of the flavor of the city, tied to its water, dependent on its attributes, and wary of the consequences.

Battle of New Orleans - British troops attempt to capture the city of New Orleans on January 8, 1815 during the War of 1812. This battle was needless as the peace treaty ending the war had been signed fifteen days before. The attempt by the British was thwarted at the Battle of New Orleans at Chalmette by General Andrew Jackson and his U.S. troops, who killed two thousand British soldiers, including General Pakenham. This land is now part of the Chalmette Battlefield section of Jean Lafitte National Historical Park and Preserve.

Mardi Gras - The annual celebration before lent where masquarade balls and ten days of parades treat tourists and residents with a site of merriment unseen in other U.S. locales.

The World's Industrial and Cotton Centennial Exposition - Held from 1884 to 1885, this world's fair celebrated the role of New Orleans and the industrial south.

1721 - Adrien de Pauger laid out plans for the French Quarter.

1762 - France cedes Louisiana to Spain. This started a contentious period of thirty-eight years of Spanish rule before Spain returned Louisiana back to France.

1804 - The United States purchases Louisiana and the rest of the lands in the Louisiana Purchase. 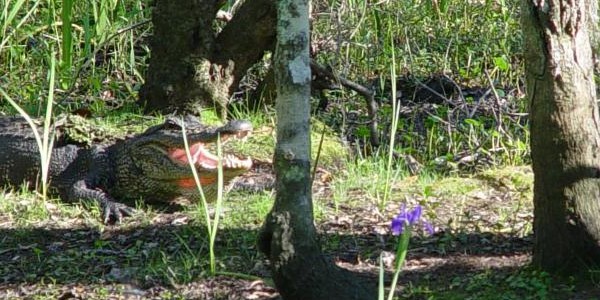 This is a French city with a history the spans cultures and epochs. After all, it is a location where four flags have flown, those French, the Spanish, the Confederate States, and the United States. It is a port city with the mighty Mississippi providing a rich resource for the trade that pulled into its wharfs from its birth as a trading post until this present day. What some folks seem to forget, is that New Orleans is not a large metropolis, even before the population dwindled with the aftermath of Katrina. It is an isolated, medium sized city with a verve that is unmatched in the United States, and perhaps, with Rio de Janeiro, in the western hemisphere. It is bounded by Lake Pontchatrain to the north, hemmed in by the the crescent of the Mississippi River weaving throughout the city, and marshland in most other directions. It is absolutely immersed in a culture that seems to have disappeared from other parts of the United States. From Jackson Square and the French Quarter, whether during the weeks of Mardi Gras or on a sultry summer afternoon when thunderstorms seem to burst on the scene for a short period every day about 2 p.m., to the Riverwalk, which saw its coming of age during the 1984 World Exposition and is a great remnant of that event, each corner of New Orleans has a rich distinctive flavor that will have you savoring each moment you spend there.

History abounds at every corner. It encompasses historic mansions, entire districts of antebellum establishment with architectural flair, a Battle of New Orleans, the Louisiana Purchase, French culture, Creole culture, music from the birth of the blues to zidako, food that will whet your palette with flavors so hot they might roast the next meal on your tongue, and a whole lot else. Much of the flavor of the city, beyond the food, lies in the combination of French and Spanish culture that beget the Creole lifestyle. It is a vibrant, but laid back place. So laid back, in fact, that during France's time of ceding Louisiana to Spain, they forgot to tell the people of the city for two years and did not even bother to rule for four. Not quite that laid back today. 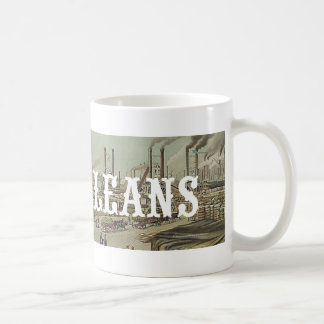 New Orleans T-Shirts and Souvenirs from the official merchandise of America's Best History.

1. It's a bit of a cliche and you know it already. Check out the French Quarter, both day and night.

2. Take a stroll down Riverwalk, a ride on a steamboat, or a half-hour to just sit along the mighty Mississippi and conjure up the past. It's hard to believe that before 1984 when this land in the wharf district was cleared for the development of the Convention Center and the Louisiana World Exposition that year, that the public, both residents and visitors, had almost no access to the river. It is the best outcome that came from that event. Also was the location of Dan Quayle's introduction by former first President Bush as his Vice President, for whatever that is worth.

3. Catch some jazz at one of the clubs along Bourbon Street. Whether that is your favorite musical style or not, it is treat.

4. Along the same line, check out New Orleans Jazz National Historical Park, and learn the history behind what you see, hear, and feel.

5. For a surprising twist in a New Orleans vacation, don't miss Jean LaFitte National Historic Park. It covers topics which ranged from the natural to the Battle of New Orleans.

Photo above: Lithograph of the Battle of New Orleans. E. Percy Moran, 1910. Courtesy Library of Congress. 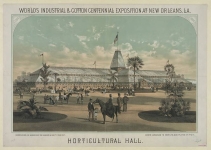 The French Quarter - From Jackson Square to Bourbon Street and everywhere in between. Immerse yourself in the food and music that makes up so much of the flavor of this architectural wonder with French and Spanish influences. The oldest and most famous section of New Orleans retains the same charm that it had two hundred years ago. Iron lattice works and balconies, narrow sidewalks, and shady patios. Known as Vieux Carre' or the Old Square.

Riverfront - Take in the Riverwalk experience culled from the economic development that came after the 1984 World's Fair. This area between the aquarium and the Convention Center is near the warehouse district and provides a great view of the mighty Mississippi.

The Superdome - Although not young in the lexicon of stadiums these days, the refurbished behemoth is still a wonder to behold, whether for political conventions or Super Bowls.

Photo above: The Horticultural Hall of the Cotton Centennial in 1884. Courtesy Library of Congress. 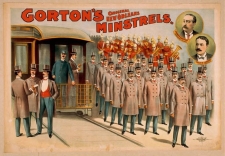 Jean Lafitte National Historical Park and Preserve - Outside the city proper, the site of the Battle of New Orleans, Chalmette Battlefield, is part of Jean Lafitte National Historical Park and a great site for the history buff full of food from the French Quarter. Jean Lafitte includes six sites with a large variety of attractions, from the battlefield park at Chalmette, to the cultural center of Acadian and Prairie Acadian, to the Barataria Preserve, and the French Quarter Visitor Center.

New Orleans is a tourist city that is used to catering to the trade and your visit. Lots of unique lodging opportunities abound in and around the French Quarter, as well as on the outskirts of the city. Check out your favorite online lodging site for the best choice among the many hotels, motels, and bed and breakfasts available. 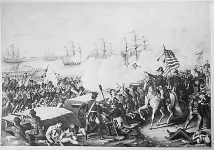 Photo above: Battle of New Orleans. Courtesy National Archives. Below: Damage across the southeast United States from Hurricane Katrina.

There has been much progress in restoring the historic sites and tourist areas of New Orleans since August 2005 when Hurricane Katrina hit, however, not far from these areas, in the neighborhoods of some of the poorer areas of the city, there is still work to do. 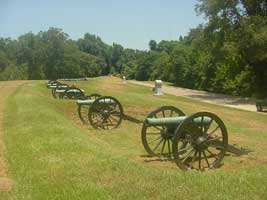