Photos of Mission Concepcion above courtesy of the Library of Congress Photographs and Prints.

For most, when they think of San Antonio, or visit there, they think of the Alamo, its clarion call to remember it, and perhaps that it was one of a number of missions in San Antonio spreading out across the city during New Spain colonization. If they visit the city, the mission at the Alamo, plus the downtown area of Riverwalk, are likely the first two sites they think of to spend the day, night, or afternoon. But just south of the Alamo and the center of the city sits four other missions along the Mission Trail that tell a broader story of the history of San Antonio, all of which form, along with their ranch twenty-three miles away, San Antonio Missions National Historical Park. Mission Concepcion was built in 1755 and is the oldest unrestored church in the USA. Mission San Juan was built at the present location in 1731, with the buildings complete by 1756. Mission Espada was also transferred to the San Antonio area in 1731. All of the missions were self-contained communities and not just churches as one might think of today. They included ranches outside the city that raised sheep and crops for not only the missions, but the communities nearby.

While the Alamo rightfully focuses a lot of its interpretation on the battle and siege that took place there, this park focuses more on the mission of the Catholic Church in the colonization and spread of Christianity to the native population. 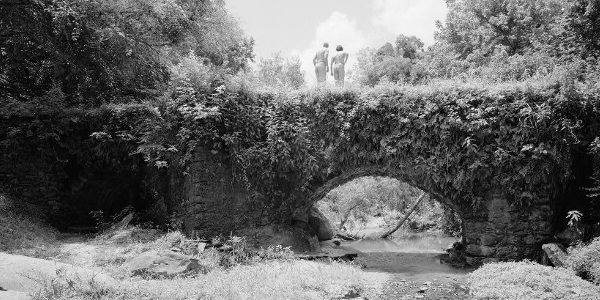 These missions, although not as famous as the battleground that the Alamo became, make great additions to your visit to San Antonio, but get only a fraction of the Alamo's visits, usually about half.

If you follow the trail south from downtown, it will lead you first to Mission Concepcion, although a better place to start may be the bigger visitor center and movie at the second location south of that, Mission San Jose. There you can catch the Gente de Razon film, which tells the story of the 18th century missions, people, and area. As you travel south, you'll visit the Mission San Juan, then Mission Espada (pictured above right). All of this follows the path of the San Antonio River, the new straight course, instead of the winding one that used to be prone to flooding, and still, at times, is.

All four missions today are active parishes of the Catholic Church and hold Sunday and other special services. The park, through its guided tours and visitors, continue to tell the story of how these missions began and what they contributed to the two centuries of their existence, which continues.

Mission San Jose is the largest of the missions and fully restored in the 1930s. The park itself was established in 1975 as the Mission Parkway and three years later as a National Park.

Rancho de las Cabras, or the ranch of the goats, is a new addition to the park and interpreted once per month by a guided tour. It was used by the missions to provide food for the missions and communities and wsa staffed by local Indians. The area is undeveloped now. 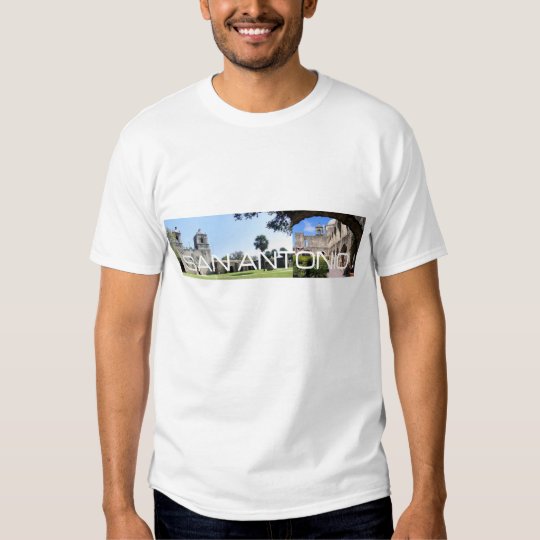 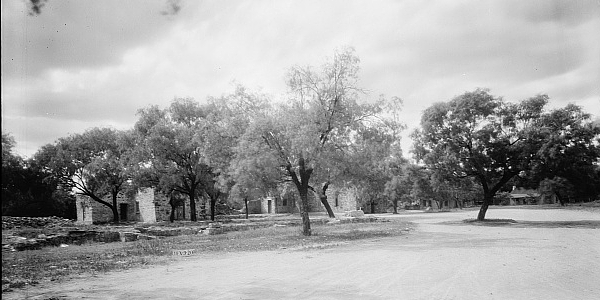 1. The San Jose Mission movie and museum. It's a great place to start on your journey through the four missions, and if you go on the first Saturday of the month, the guided tour of the Mission ranch, Rancho de las Cabras.

2. Take one of the guided tours. The rangers of the National Park Service do a wonderful job of explaining the details of the missions and the people who colonized New Spain.

3. Take a stroll along the San Antonio River. The park is on both sides of the river in the Mission San Juan area and provides a good view of both the missions and the water. 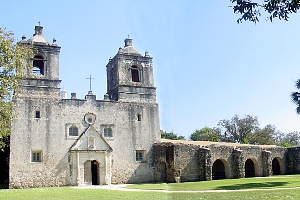 Mission San Jose Visitor Center - The main visitor center is open 9:00 to 5:00 and includes a film and exhibits plus a bookstore.

Espada Acqueduct - This aquaduct is located in the area of Mission San Juan. The park area surrouding this mission, the aquaduct, river, all the way down to Mission Espada is the largest of the area, except for the ranch outside of town.

Mission Concepcion - Closest Mission to the center of San Antonio.

Mission Espada - The southernmost mission, but not far from Mission San Juan.

Photo above: Mission Concepcion in the present day, courtesy of the National Park Service.

The four missions of the park are easily accessible by foot, bike, or car. From the Alamo by car, take South St. Mary's Street South one mile from town, which turns into Roosevelt Boulevard. Mission San Jose will be four miles south on your left, turn left on New Napier Avenue at first traffic light after mission. Signs will direct you to the parking lot.

San Antonio is a large metropolitan city with a variety of hotels and motels. Check out the website of the San Antonio Convention and Visitors Bureau or your favorite online lodging site for the motel, hotel, or bed and breakfast.