December 3, 1810 - Ex-slave Tom Molineaux, born at a Virginia plantation in 1784, fought English boxing champion Tom Cribb, and was narrowly defeated after 35 rounds when he collapsed from exhaustion. A rematch was held on September 28, 1811 with Cribb retaining his title in 11 rounds. 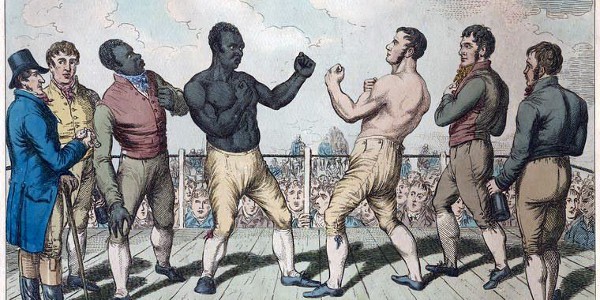 Tom Cribb became the bare-knuckle boxing champion on October 25, 1808 when besting British champion Bob Gregson in twenty-three rounds, and would retain the title until 1822. There is some discrepency in the dates and times of those titles and a period when Cribb retired. Molineaux would contend that he was the champion during a term when Cribb retired, although Cribb still considered himself the English champion when the first of two bouts with former slave Tom Molineaux were held. Cribb was listed at 5'9" and 29 years old. Molineaux was 5'8 1/4" and 198 pounds, 26 years old. Molineaux had been given his freedom after fighting in slavery for his owner and winning the owner a substantial amount of money through bets.

In December 1810, (dates of the 3rd and 18th are contended) at Sheningham Hollow, Oxfordshire, England, Cribb fought Molineaux in their first fight before twenty thousand fans. It lasted thirty-five rounds, and Cribb became World Champion. On September 28, 1811, Cribb fought Molineaux a second time in Thistleton Gap, Rutland, England, winning in eleven rounds. Estimates of the attendance at that fight, fifteen to twenty-five thousand. The purse for the second bout was 600 guineas (slightly over 1 pound per guinea). In his career, Tom Cribb only lost one fight.

Tom Miloneaux was born on March 23, 1784 into slavery in Georgetown, Virginia. He was given his freedom and $500, moving in 1809 to England to continue his boxing career under fellow boxer and ex-slave Bill Richmond.

The form of boxing since ancient times, with exception of a set of rules for the contest. These rules varied from location to location and often fight to fight until the 1800s. In England, the first bare-knuckle champ was James Figg, who held the title from 1719-1730, with a record of 269-1. Noted not only for being champion of the sport, Figg began the first foundation for boxing and other types of defense, which included wrestling and fencing. In some ways, these bouts may have resembled today's Mixed Martial Arts.

A protege of Figg, Jack Broughton, fought in London and is regarded as codifying the first set of boxing rules before they were augmented into the London Prize Ring Rules (1838, 1853). This was prior to the establishment of the Marquess of Queensbury rules, set in 1867. By 1889, the Queensbury rules were accepted in both Canada and the United States. These rules included the use of three minute rounds and gloves, thereby marking the turning point from bare-knuckle to gloved boxing. With the new rules, another advent in boxing was the establishment of weight divisions, traditionally eight. 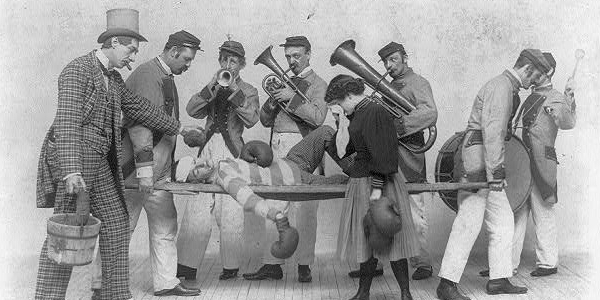