January 19, 1840 - Antarctica is claimed for the United States when Captain Charles Wilkes circumnavigates the continent and claims Wilkes Land for the nation. 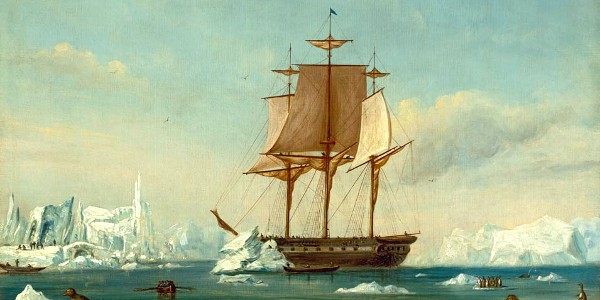 But did Wilkes and the United States Exploring Expedition really hold claim to the land? And were they the first to discover it or even land on it when they claimed it? And what is the status of Antarctica today? Does the United States still own it?

Captain Charles Wilkes was not the first to theoretically sight the continent of the South Pole. While it had been theorized that a large land mass south of Australia was there as a counterbalance to the northern hemisphere since 1 A.D., it was not until 1820 that three ships are credited with seeing the continent. A captain for the Imperial Russian Navy, von Bellingshausen, with two ships, sighted the Fimbul Ice Shelf in January, twenty miles from Queen Maud's Land three days prior to a captain from the British Royal Navy, Edward Bransfield, sighting the Trinity Peninsula. Ten months later, a seal hunter from Connecticut, Nathanial Palmer, would become the first American to sight the continent on November 17.

So what was the big deal about Charles Wilkes and his claim on this uninhabitated continent? Despite the fact that those three ships sighted this land twenty years prior, nobody had set foot on the land, except for a disputed landing in 1821 by another American sealer, John Davis. The first credited landings would not come until 1895. So when the ships of Wilkes (six vessels were part of the expedition; USS Vincennes, USS Peacock, USS Porpoise, Relief, Seagull, and USS Flying Fish) and the Expedition sighted land west of the Balleny Islands in January of 1849 (specific dates are disputed with some crediting the 19th, others the 25th), he named it Wilkes Land, mapped 2,400 miles of the coastline, and claimed it for the United States.

Claims to parts of Antarctica were made by various nations, even today Wilkes Land is considered a disputed territory of Australia, although a treaty, the Antarctic Treaty of 1959, of which Australia and the United States are signatory, states the opposite. It became the official policy of the United States in the 1930s that they would not claim any territory, but also not recognize any other territorial claims by other nations.

Open for signatures on December 1, 1959 and placed into law on June 23, 1961, the treaty governs the lands south of 60 degrees S latitude. It states that the area is a nature preserve, free for scientific study, with no military presence. Twelve nations signed the original agreement; today fifty-three nations (2016) are signatory. There were over fifty scientific stations on the continent as of the initial agreement.

The Governments of Argentina, Australia, Belgium, Chile, the French Republic, Japan, New Zealand, Norway, the Union of South Africa, the Union of Soviet Socialist Republics, the United Kingdom of Great Britain and Northern Ireland, and the United States of America,

RECOGNIZING that it is in the interest of all mankind that Antarctica shall continue for ever to be used exclusively for peaceful purposes and shall not become the scene or object of international discord;

ACKNOWLEDGING the substantial contributions to scientific knowledge resulting from international cooperation in scientific investigation in Antarctica;

CONVINCED that the establishment of a firm foundation for the continuation and development of such cooperation on the basis of freedom of scientific investigation in Antarctica as applied during the International Geophysical Year accords with the interests of science and the progress of all mankind;

CONVINCED also that a treaty ensuring the use of Antarctica for peaceful purposes only and the continuance of international harmony in Antarctica will further the purposes and principles embodied in the Charter of the United Nations;

HAVE AGREED AS FOLLOWS:

ARTICLE I
1. Antarctica shall be used for peaceful purposes only. There shall be prohibited, inter alia, any measure of a military nature, such as the establishment of military bases and fortifications, the carrying out of military manoeuvres, as well as the testing of any type of weapon.
2. The present Treaty shall not prevent the use of military personnel or equipment for scientific research or for any other peaceful purpose.

ARTICLE II
Freedom of scientific investigation in Antarctica and cooperation toward that end, as applied during the International Geophysical Year, shall continue, subject to the provisions of the present Treaty.

ARTICLE V
1. Any nuclear explosions in Antarctica and the disposal there of radioactive waste material shall be prohibited.
2. In the event of the conclusion of international agreements concerning the use of nuclear energy, including nuclear explosions and the disposal of radioactive waste material, to which all of the Contracting Parties whose representatives are entitled to participate in the meetings provided for under Article IX are parties, the rules established under such agreements shall apply in Antarctica.

ARTICLE VII
1. In order to promote the objectives and ensure the observance of the provisions of the present Treaty, each Contracting Party whose representatives are entitled to participate in the meetings referred to in Article IX of the Treaty shall have the right to designate observers to carry out any inspection provided for by the present Article. Observers shall be nationals of the Contracting Parties which designate them. The names of observers shall be communicated to every other Contracting Party having the right to designate observers, and like notice shall be given of the termination of their appointment.
2. Each observer designated in accordance with the provisions of paragraph 1 of this Article shall have complete freedom of access at any time to any or all areas of Antarctica.
3. All areas of Antarctica, including all stations, installations and equipment within those areas, and all ships and aircraft at points of discharging or embarking cargoes or personnel in Antarctica, shall be open at all times to inspection by any observers designated in accordance with paragraph 1 of this Article.
4. Aerial observation may be carried out at any time over any or all areas of Antarctica by any of the Contracting Parties having the right to designate observers.
5. Each Contracting Party shall, at the time when the present Treaty enters into force for it, inform the other Contracting Parties, and thereafter shall give them notice in advance, of
a) all expeditions to and within Antarctica, on the part of its ships or nationals, and all expeditions to Antarctica organized in or proceeding from its territory;
b) all stations in Antarctica occupied by its nationals; and
c) any military personnel or equipment intended to be introduced by it into Antarctica subject to the conditions prescribed in paragraph 2 of Article I of the present Treaty.

ARTICLE VIII
1. In order to facilitate the exercise of their functions under the present Treaty, and without prejudice to the respective positions of the Contracting Parties relating to jurisdiction over all other persons in Antarctica, observers designated under paragraph 1 of Article VII and scientific personnel exchanged under sub-paragraph 1(b) of Article III of the Treaty, and members of the staffs accompanying any such persons, shall be subject only to the jurisdiction of the Contracting Party of which they are nationals in respect of all acts or omissions occurring while they are in Antarctica for the purpose of exercising their functions.
2. Without prejudice to the provisions of paragraph 1 of this Article, and pending the adoption of measures in pursuance of subparagraph 1(e) of Article IX, the Contracting Parties concerned in any case of dispute with regard to the exercise of jurisdiction in Antarctica shall immediately consult together with a view to reaching a mutually acceptable solution.

ARTICLE IX
1. Representatives of the Contracting Parties named in the preamble to the present Treaty shall meet at the City of Canberra within two months after the date of entry into force of the Treaty, and thereafter at suitable intervals and places, for the purpose of exchanging information, consulting together on matters of common interest pertaining to Antarctica, and formulating and considering, and recommending to their Governments, measures in furtherance of the principles and objectives of the Treaty, including measures regarding:
a) use of Antarctica for peaceful purposes only;
b) facilitation of scientific research in Antarctica;
c) facilitation of international scientific cooperation in Antarctica;
d) facilitation of the exercise of the rights of inspection provided for in Article VII of the Treaty;
e) questions relating to the exercise of jurisdiction in Antarctica;
f) preservation and conservation of living resources in Antarctica.
2. Each Contracting Party which has become a party to the present Treaty by accession under Article XIII shall be entitled to appoint representatives to participate in the meetings referred to in paragraph 1 of the present Article, during such times as that Contracting Party demonstrates its interest in Antarctica by conducting substantial research activity there, such as the establishment of a scientific station or the despatch of a scientific expedition.
3. Reports from the observers referred to in Article VII of the present Treaty shall be transmitted to the representatives of the Contracting Parties participating in the meetings referred to in paragraph 1 of the present Article.
4. The measures referred to in paragraph 1 of this Article shall become effective when approved by all the Contracting Parties whose representatives were entitled to participate in the meetings held to consider those measures.
5. Any or all of the rights established in the present Treaty may be exercised as from the date of entry into force of the Treaty whether or not any measures facilitating the exercise of such rights have been proposed, considered or approved as provided in this Article.

ARTICLE X
Each of the Contracting Parties undertakes to exert appropriate efforts, consistent with the Charter of the United Nations, to the end that no one engages in any activity in Antarctica contrary to the principles or purposes of the present Treaty.

ARTICLE XI
1. If any dispute arises between two or more of the Contracting Parties concerning the interpretation or application of the present Treaty, those Contracting Parties shall consult among themselves with a view to having the dispute resolved by negotiation, inquiry, mediation, conciliation, arbitration, judicial settlement or other peaceful means of their own choice.
2. Any dispute of this character not so resolved shall, with the consent, in each case, of all parties to the dispute, be referred to the International Court of Justice for settlement; but failure to reach agreement on reference to the International Court shall not absolve parties to the dispute from the responsibility of continuing to seek to resolve it by any of the various peaceful means referred to in paragraph 1 of this Article.

ARTICLE XIV
The present Treaty, done in the English, French, Russian and Spanish languages, each version being equally authentic, shall be deposited in the archives of the Government of the United States of America, which shall transmit duly certified copies thereof to the Governments of the signatory and acceding States. 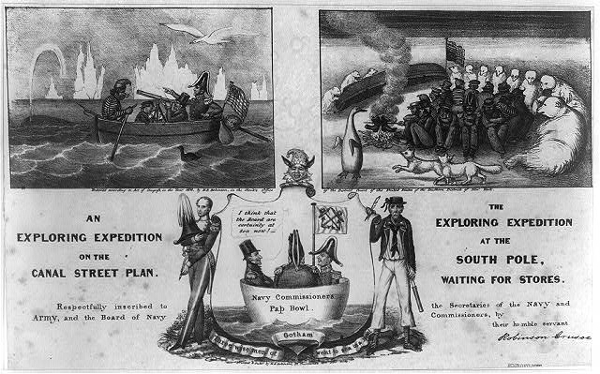