Check out our partners at Stat Geek Baseball and Baseballevaluation for a history of baseball with stat geeks in mind, including their books Fields of Gold, Baseball's Best Glove Work, and Stat Geek Baseball, the Best Ever Book. 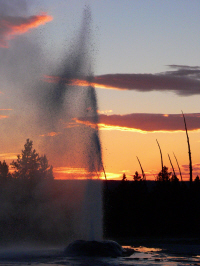 November 8, 2002 - The United Nations passes Resolution 1441 in a unanimous Security Council vote. It forces Saddam Hussein and Iraq to disarm or face serious consequences. The permanent members of the Security Council who voted in favor were; China, France, Russia, United Kingdom, and the United States. The non-permanent members who voted in favor were Bulgaria, Cameroon, Colombia, Guinea, Ireland, Mexico, Mauritius, Norway, Singapore, and Syria.

Resolution 1441 was adopted at the 4644 meeting of the Secruity Council of the United Nations.

Recognizing the threat Iraq's non-compliance with Council resolutions and proliferation of weapons of mass destruction and long-range missiles poses to international peace and security,

Further recalling that its resolution 687 (1991) imposed obligations on Iraq as a necessary step for achievement of its stated objective of restoring international peace and security in the area,

Deploring the fact that Iraq has not provided an accurate, full, final, and complete disclosure, as required by resolution 687 (1991), of all aspects of its programmes to develop weapons of mass destruction and ballistic missiles with a range greater than one hundred and fifty kilometres, and of all holdings of such weapons, their components and production facilities and locations, as well as all other nuclear programmes, including any which it claims are for purposes not related to nuclear-weapons-usable material,

Deploring further that Iraq repeatedly obstructed immediate, unconditional, and unrestricted access to sites designated by the United Nations Special Commission (UNSCOM) and the International Atomic Energy Agency (IAEA), failed to cooperate fully and unconditionally with UNSCOM and IAEA weapons inspectors, as required by resolution 687 (1991), and ultimately ceased all cooperation with UNSCOM and the IAEA in 1998,

Deploring the absence, since December 1998, in Iraq of international monitoring, inspection, and verification, as required by relevant resolutions, of weapons of mass destruction and ballistic missiles, in spite of the Council's repeated demands that Iraq provide immediate, unconditional, and unrestricted access to the United Nations Monitoring, Verification and Inspection Commission (UNMOVIC), established in resolution 1284 (1999) as the successor organization to UNSCOM, and the IAEA, and regretting the consequent prolonging of the crisis in the region and the suffering of the Iraqi people,

Deploring also that the Government of Iraq has failed to comply with its commitments pursuant to resolution 687 (1991) with regard to terrorism, pursuant to resolution 688 (1991) to end repression of its civilian population and to provide access by international humanitarian organizations to all those in need of assistance in Iraq, and pursuant to resolutions 686 (1991), 687 (1991), and 1284 (1999) to return or cooperate in accounting for Kuwaiti and third country nationals wrongfully detained by Iraq, or to return Kuwaiti property wrongfully seized by Iraq, Recalling that in its resolution 687 (1991) the Council declared that a ceasefire would be based on acceptance by Iraq of the provisions of that resolution, including the obligations on Iraq contained therein,

Determined to ensure full and immediate compliance by Iraq without conditions or restrictions with its obligations under resolution 687 (1991) and other relevant resolutions and recalling that the resolutions of the Council constitute the governing standard of Iraqi compliance,

Recalling that the effective operation of UNMOVIC, as the successor organization to the Special Commission, and the IAEA is essential for the implementation of resolution 687 (1991) and other relevant resolutions, Noting that the letter dated 16 September 2002 from the Minister for Foreign Affairs of Iraq addressed to the Secretary-General is a necessary first step toward rectifying Iraq's continued failure to comply with relevant Council resolutions, Noting further the letter dated 8 October 2002 from the Executive Chairman of UNMOVIC and the Director-General of the IAEA to General Al-Saadi of the Government of Iraq laying out the practical arrangements, as a follow-up to their meeting in Vienna, that are prerequisites for the resumption of inspections in Iraq by UNMOVIC and the IAEA, and expressing the gravest concern at the continued failure by the Government of Iraq to provide confirmation of the arrangements as laid out in that letter,

Reaffirming the commitment of all Member States to the sovereignty and territorial integrity of Iraq, Kuwait, and the neighbouring States,

Determined to secure full compliance with its decisions,

Acting under Chapter VII of the Charter of the United Nations,

1. Decides that Iraq has been and remains in material breach of its obligations under relevant resolutions, including resolution 687 (1991), in particular through Iraq's failure to cooperate with United Nations inspectors and the IAEA, and to complete the actions required under paragraphs 8 to 13 of resolution 687 (1991);

3. Decides that, in order to begin to comply with its disarmament obligations, in addition to submitting the required biannual declarations, the Government of Iraq shall provide to UNMOVIC, the IAEA, and the Council, not later than 30 days from the date of this resolution, a currently accurate, full, and complete declaration of all aspects of its programmes to develop chemical, biological, and nuclear weapons, ballistic missiles, and other delivery systems such as unmanned aerial vehicles and dispersal systems designed for use on aircraft, including any holdings and precise locations of such weapons, components, subcomponents, stocks of agents, and related material and equipment, the locations and work of its research, development and production facilities, as well as all other chemical, biological, and nuclear programmes, including any which it claims are for purposes not related to weapon production or material;

4. Decides that false statements or omissions in the declarations submitted by Iraq pursuant to this resolution and failure by Iraq at any time to comply with, and cooperate fully in the implementation of, this resolution shall constitute a further material breach of Iraq's obligations and will be reported to the Council for assessment in accordance with paragraphs 11 and 12 below;

5. Decides that Iraq shall provide UNMOVIC and the IAEA immediate, unimpeded, unconditional, and unrestricted access to any and all, including underground, areas, facilities, buildings, equipment, records, and means of transport which they wish to inspect, as well as immediate, unimpeded, unrestricted, and private access to all officials and other persons whom UNMOVIC or the IAEA wish to interview in the mode or location of UNMOVIC's or the IAEA's choice pursuant to any aspect of their mandates; further decides that UNMOVIC and the IAEA may at their discretion conduct interviews inside or outside of Iraq, may facilitate the travel of those interviewed and family members outside of Iraq, and that, at the sole discretion of UNMOVIC and the IAEA, such interviews may occur without the presence of observers from the Iraqi Government; and instructs UNMOVIC and requests the IAEA to resume inspections no later than 45 days following adoption of this resolution and to update the Council 60 days thereafter;

6. Endorses the 8 October 2002 letter from the Executive Chairman of UNMOVIC and the Director-General of the IAEA to General Al-Saadi of the Government of Iraq, which is annexed hereto, and decides that the contents of the letter shall be binding upon Iraq;

7. Decides further that, in view of the prolonged interruption by Iraq of the presence of UNMOVIC and the IAEA and in order for them to accomplish the tasks set forth in this resolution and all previous relevant resolutions and notwithstanding prior understandings, the Council hereby establishes the following revised or additional authorities, which shall be binding upon Iraq, to facilitate their work in Iraq:

- UNMOVIC and the IAEA shall determine the composition of their inspection teams and ensure that these teams are composed of the most qualified and experienced experts available;

- UNMOVIC and the IAEA shall have unrestricted rights of entry into and out of Iraq, the right to free, unrestricted, and immediate movement to and from inspection sites, and the right to inspect any sites and buildings, including immediate, unimpeded, unconditional, and unrestricted access to Presidential Sites equal to that at other sites, notwithstanding the provisions of resolution 1154 (1998) of 2 March 1998;

- UNMOVIC and the IAEA shall have the right to be provided by Iraq the names of all personnel currently and formerly associated with Iraq's chemical, biological, nuclear, and ballistic missile programmes and the associated research, development, and production facilities;

- Security of UNMOVIC and IAEA facilities shall be ensured by sufficient United Nations security guards;

- UNMOVIC and the IAEA shall have the right to declare, for the purposes of freezing a site to be inspected, exclusion zones, including surrounding areas and transit corridors, in which Iraq will suspend ground and aerial movement so that nothing is changed in or taken out of a site being inspected;

- UNMOVIC and the IAEA shall have the free and unrestricted use and landing of fixed- and rotary-winged aircraft, including manned and unmanned reconnaissance vehicles;

- UNMOVIC and the IAEA shall have the right at their sole discretion verifiably to remove, destroy, or render harmless all prohibited weapons, subsystems, components, records, materials, and other related items, and the right to impound or close any facilities or equipment for the production thereof; and

- UNMOVIC and the IAEA shall have the right to free import and use of equipment or materials for inspections and to seize and export any equipment, materials, or documents taken during inspections, without search of UNMOVIC or IAEA personnel or official or personal baggage;

8. Decides further that Iraq shall not take or threaten hostile acts directed against any representative or personnel of the United Nations or the IAEA or of any Member State taking action to uphold any Council resolution;

9. Requests the Secretary-General immediately to notify Iraq of this resolution, which is binding on Iraq; demands that Iraq confirm within seven days of that notification its intention to comply fully with this resolution; and demands further that Iraq cooperate immediately, unconditionally, and actively with UNMOVIC and the IAEA;

10. Requests all Member States to give full support to UNMOVIC and the IAEA in the discharge of their mandates, including by providing any information related to prohibited programmes or other aspects of their mandates, including on Iraqi attempts since 1998 to acquire prohibited items, and by recommending sites to be inspected, persons to be interviewed, conditions of such interviews, and data to be collected, the results of which shall be reported to the Council by UNMOVIC and the IAEA;

11. Directs the Executive Chairman of UNMOVIC and the Director-General of the IAEA to report immediately to the Council any interference by Iraq with inspection activities, as well as any failure by Iraq to comply with its disarmament obligations, including its obligations regarding inspections under this resolution;

12. Decides to convene immediately upon receipt of a report in accordance with paragraphs 4 or 11 above, in order to consider the situation and the need for full compliance with all of the relevant Council resolutions in order to secure international peace and security;

13. Recalls, in that context, that the Council has repeatedly warned Iraq that it will face serious consequences as a result of its continued violations of its obligations;

14. Decides to remain seized of the matter. 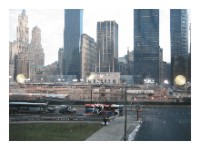