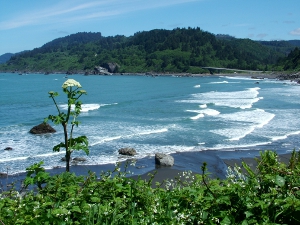 It's really amazing when you think about it, these national parks from central California through the northwest states of the United States that have gigantic trees. And whether they be inland of the Sequioa variety at Sequioa and Kings Canyon National Park or a drive to northern California to Redwood National Park, the spectacular scenery of staring up into the sky and seemingly seeing a tree that breeches the sky forever, is breathtaking. 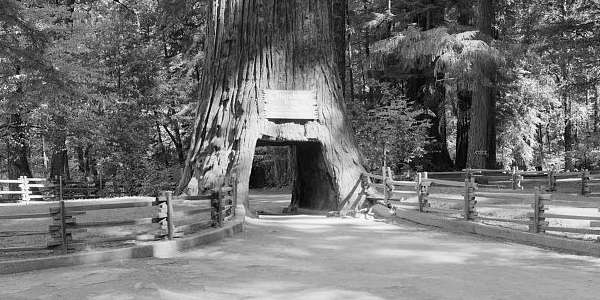 While the area was cultivating the variety of ecosystems that abound the area of the redwood forests, the Indian tribes, including the Yurok and Tulowa, lived in the many villages of the area amongst the giants until gold was discovered in 1850. This brought the miners into the region and a timeframe of displacing the tribes and the logging necessary to transform the area for mining camps and towns. By 1853, the town of Eureka had nine sawmills.

This is one diverse area, with the coastline, redwood forests, and prairies with elk herds all sharing space, along with a rainforest ecosystem. And it's history, both predating man's history of logging, which prompted the Save-the-Redwoods League to convince the State of California to protect the three parks within their pervue in the 1920s and the National Park to expand around it with a national presence in 1968. In 1994, the four parks decided to jointly operate the home of those redwood groves, thirty-seven miles of coastline, and the historic area of the Northern California Indian tribes and their North Coast lifestyle. Photo above: Tunnel tree along the California coast. Date unknown. Historic American Buildings Survey. Courtesy Library of Congress. Below: Coastal scene along Redwood National Park. Courtesy National Park Service. 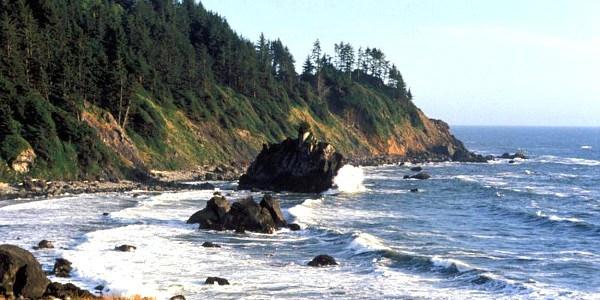 It takes a whole lot more than an arm hug to breech the circumference of these trees today, and they never ceases to amaze. But the thing is, Redwood National Park is actually a whole lot more than just big trees, no matter how great that is on its own. It is a park that encompasses the ocean, a rainforest, Indian history, logging and gold mining history, and more. And it's also a park that is actually one national park and three California State Parks in one. Yes, the redwoods that permeate the area are also found in Jedediah Smith Redwood State Park, Del Norte Coast Redwoods State Park, and Prairie Creek Redwoods State Park.

The Redwood Coastline - For thirty-seven miles along the northern California caost, the Pacific Ocean laps against the edge of the parks. A great place to take a walk in spring, summer, and fall, before taking off into those giant groves of trees.

Hiking, Camping, and Nature - With the creation of Redwoods National Park and the three California Parks, the remaining redwood forests of the area have been preserved for many nature activities. Hiking, camping, fishing, beachcombing, and other pursuits abound in an area that has now been safeguarded for future generations to enjoy. 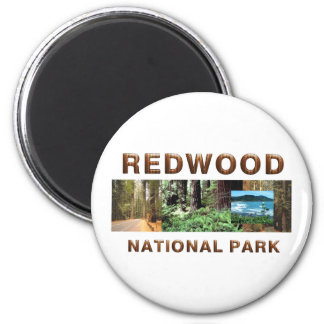 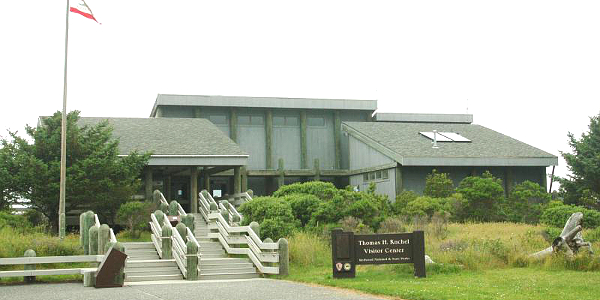 1. Stare Up! But don't do it too long, could make you dizzy. Just take a deep breath and contemplate the amount of time it took for this specific giant tree to emerge from the ground and touch the sky. Just awesome.

2. Time to take the Drury drive, then take it. This 10 mile trip through a redwood forest leads to the Big Tree Wayside. This road is nature's better version, in the eco-friendly opinion of those who love our national parks and state parks, too, of walking down the concrete canyons of New York City. Might have been where they got that idea.

3. Drive to the Klamath River Overlook. This is where the sea takes over and you might even see a whale. 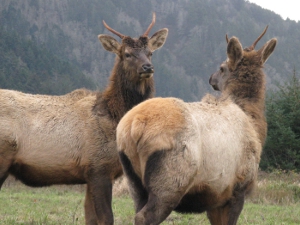 Five Park Visitor Centers - Depending on what park of the national or state park you are visiting and the direction in which you approach, there are five visitor centers to meet your need. They also have ranger guided walks (except Crescent City), information, and evening campfire programs at Hiouchi, Smith, and Prairie Creek. 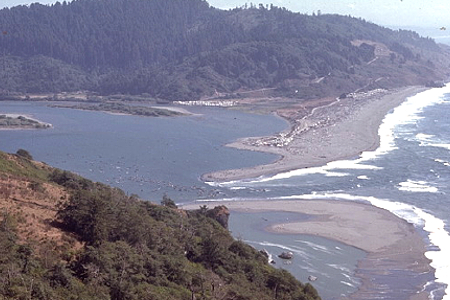 Lodging - There is no longer any lodging available inside the park. The historic Redwood National Park Hostel, a former pioneer homestead, is now closed. There are lodging available outside the parks in the cities along the various highways that lead to the area. Check with Expedia or the local tourist agency for details.

Camping - There are four campgrounds available inside the parks, all managed by the California State Park system. Three are located within the redwood forest and one along the coast. These campgrounds tend to be on the expensive side. 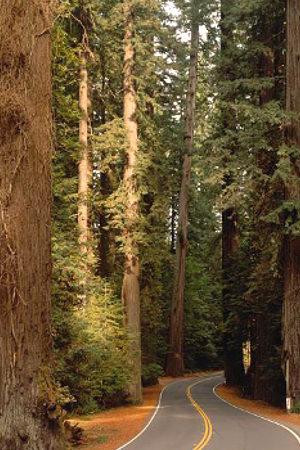 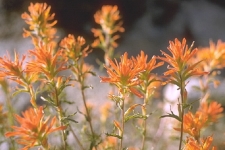