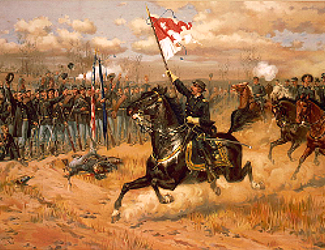 Union General Phil Sheridan's ride on horse Rienzi to rally his troops in the Battle of Cedar Creek. 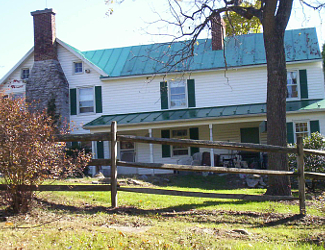 Home on the recently preserved farm on Rienzi's Knoll, the northern end of the battlefield where General Sheridan made his famous ride back to rally his troops. 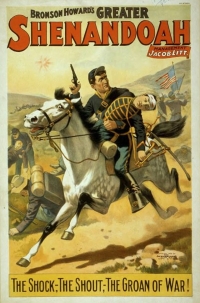 Above Image: Poster of the Civil War in the Shenandoah from Bronson Greater Shenandoah. Image courtesy Library of Congress.

1864 - For most, the year of 1864 in the Civil War was a year of dramatic differences. It was a difference in style, most brought on by the ravages of three prior years of war, as well as the change in style from the commander at the top of the Union army, Ulysses S. Grant. For many that meant the campaigns he made with Meade to fight Lee from the Wilderness to Petersburg and Richmond. For others it would be the campaign of Sherman toward Atlanta and the sea. And then, there's the Shenandoah Valley, where 1864 meant Jubal Early, the Confederate commander waging war and threatening Washington until Phil Sheridan would stop him in a series of battles that would culminate in the Battle of Cedar Creek. One hundred and fifty years later, it would be the anniversary of all three of those prongs of attack in the eastern theatre, with battle walks and remembrance of the sacrifice that those many men and women would make in a time of war. And the celebrations within the Shenandoah Valley from May to October would add a great measure to the understanding and history of that series of battles in 1864 up and down the mountain valley.

Union and Confederate soldiers fighting (Gordon vs. 19th Union Corps) on the morning in front of the Belle Grove mansion. Drawing by J.E. Taylor courtesy Library of Congress. 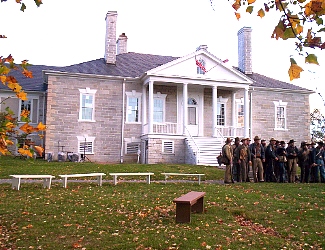 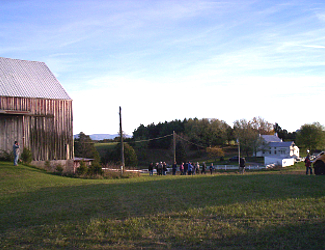 Recently purchased by a Civil War fan, but not part of the park itself, the Thorndale Farm was interpreted during the 150th Commemoration of the Battle of Cedar Creek. There is a wayside marker today outside the farm.

Even if you missed the special events of the 150th anniversary at the Battle of Cedar Creek this year, you can still create your own. The new National Historical Park at Cedar Creek and Belle Grove is there for your enjoyment and history every year. Now don't expect Gettysburg. This park is so new, the signs just went up, and the visitor center is a contact station in a strip mall. But don't make that keep you away. The programs that you can go on, the small, but very well done exhibits at the Contact Station, and the Belle Grove Plantation, which is complete and intact, are well worth your time. In fact, it might even be thrilling to be in on the ground floor of an ever changing and emerging national park. Thank them when when you go for their effort; they deserve it.

If you're going to Belle Grove, don't forget the other sites from the 1864 Shenandoah Valley campaign as well. You're not far from Winchester or many of the other growing sites that tell the Civil War story.

Photo above: Cedar Creek Park Ranger giving talk at Rienzi's Knoll on northern end of the field during the 150th anniversary. 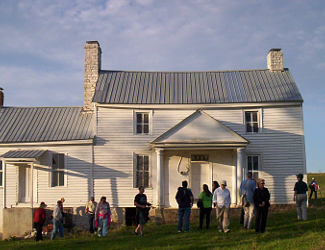 Battle Walk to the Heater House near center of the Battle of Cedar Creek during 150th Anniversary celebrations.