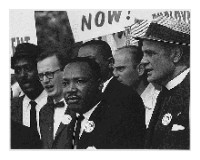 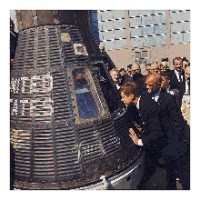 November 20, 1969 - Alcatraz Island, the former prison in San Francisco Bay, is occupied by fourteen American Indians in a long standoff over the issues of Indian causes. Yes, Alcatraz, a rather odd choice to vent your frustrations about Indian policy, much better known as the impenetrable prison in San Francisco Bay that housed some of the most notorious criminals in USA history before being turned into a National Park Service tourist attraction.

But was it really so odd a choice? Prior to European explorers, ten thousand native Americans known as the Ohloni lived between Point Sur and the San Francisco Bay. It is estimated that they had been there for ten to twenty thousand years. Their use, in those years, was not as far from the eventual use as you might assume. It was a camping spot, a location of isolation for members of the tribe who had broken the rules, a gathering spot for food, and later, after the Spanish came, a hiding place from the California Mission system. And yes, once it became a prison, native Americans were housed there; in 1895, nineteen Moqui Hopi were tried and imprisoned at Alcatraz, the largest single group.

In 1969, eleven days prior to becoming the full scale occupation that it would become and continue for over one year until June 11, 1971, Richard Oakes, Akwesasne Mohawk, and a group of Indian supporters had claimed the island for the Indian people. They had chartered a boat, known as the Monte Cristo, and would eventually lay camp to the dilapidated island. There had been other attempts at this; one in 1964 that lasted only four hours. This time, the Indian followers were determined to state their claim for much longer. However, both times there was a similar demand; they wanted the island as a cultural center and Indian university.

The group from 1969 was known as "Indians of All Tribes" and were represented by one hundred people, about eighty from UCLA. Some contend the actual figure was eighty-nine. It would grow at its height to around four hundred people. They formed a society and sent demands to the government negotiators; cultural center, museum, and Indian university to be given to them by deed. The government disagreed.

As the occupation continued into 1970, many of the original settlers left to go back to college, some replaced by residents of the Bay Area for good cause, others into the Hippie and drug lifestyle. Tragedy occurred; Richard Oakes' daughter died by accident on the island and Oakes left Alcatraz, leaving them without a leader who understood the original purpose.

The FBI adopted a non-interference stance, and even offered a portion of Fort Miley in San Francisco as an alternative to Alcatraz as the site of the cultural center and university. The protesters said no. The government policy changed; they shut off electricity to the island and removed the fresh water barge.

Disarray started to fracture the group inside between the original protesters and others more into drug culture. A fire broke out, the occupiers began stripping the buildings of copper to buy food, and an assault on the island began turning the positive press and public opinion south. By January 1971, after two oil tankers had collided in the bay and brought the situation to President Nixon's attention, he approved removal, as peaceful as possible, of the protesters.

On June 10, 1971, federal authorities removed the remaining fifteen people and the occupation was over. Although they had not succeeded in securing Alcatraz Island for their stated purpose, President Nixon did approve transferring Blue Lake and 48,000 acres of land to the Taos Indians and occupied land near Davis, California would be approved as home to an eventual Native American University. It is not known just how influential the protest was to either of those actions, but after those years, self-determination in Indian affairs began to be, for the most part, government policy.

Beyond its indigenous past, once European sailor Sir Francis Drake had discovered San Francisco Bay in 1579 and subsequent settlement came via land in 1775, a lighthouse was built on Alcatraz Island to serve as the first lighthouse on the North American Pacific shores in 1854. Located only one and one quarter miles from the city, the Spanish had constructed tunnels and dungeons on the Rock that was only one thousand seven and five feet long and a maximum of five hundred and eighty feet wide, twenty-two acres in all. It was without vegetation or fresh water. Originally the sailors and settlers called it White Island.

It was not until expeditions by Spanish explorers and priests explored the area in 1775 that the name Alcatraz began to be used, although the exact person who first used it is debated. It means Island of the Pelicans. While in control of the Spanish colonial government in Mexico, they wished to certify ownership. On June 8, 1846, just prior to the Mexican War and its loss requiring ownership to be transferred to the United States, the land was given to a man named Julian Workman in exchange for him building a lighthouse. He immediately transferred title to his son-in-law, who, upon the Mexican War ending in U.S. victory, sold Alcatraz in 1847 to John Charles Fremont for $5,000, appointed governor of California. Oddly, Fremont was court-marshaled for that purchase, as it was said, in the transitional times for California, that he did not have the authority. He attempted many times to rectify that understanding, but to no avail. From that moment on, Alcatraz was owned by the federal government with fortifications begun in 1853 and a lighthouse in 1854. Thus, within five years, Fort Alcatraz was built and occupied by two hundred soldiers.

By 1859, Alcatraz began to house prisoners; two years later, it became a military prison. During the rest of the century, it rarely held many prisoners, however, its population grew from twenty-six to four hundred and fifty during the Spanish-American War. However, what we think of as Alcatraz Prison did not really come into vogue until it was transferred to the U.S. Department of Justice on October 12, 1933. It would become a high security federal prison on August 11, 1934 when one hundred and thirty-seven prisoners form Leavenworth, Kansas arrived. During its twenty-nine years as a federal prison, Alcatraz housed criminals such as Al Capone, Robert Franklin Stroud, the Birdman of Alcatraz, and George "Machine Gun" Kelly. There were no successful escapes from the island; there were fourteen attempts.

The Alcatraz prison closed in 1963; the buildings were in disrepair and it had become the most expensive prison in the federal system to run. It was purchased in 1972, along with Fort Mason, to form part of the Golden Gate National Recreation Area by the National Park Service, and is now a museum within that park. 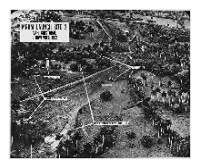