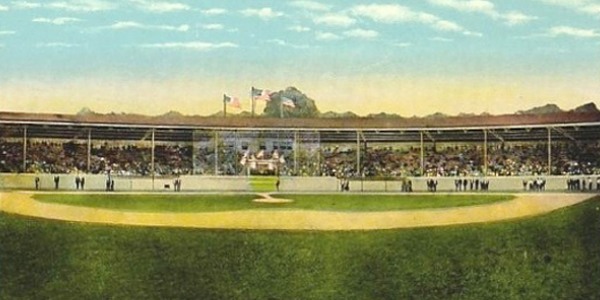 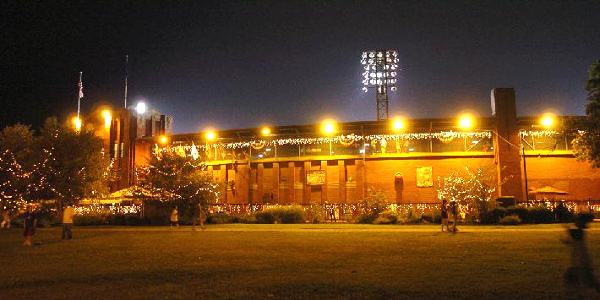 No, it's not Fenway Park or Wrigley Field, they're actually a couple years older, and for some, they do not consider it the oldest minor league park still in use, that would be Rickwood in Birmingham, Alabama, but that's only used once per year. Bosse Field, in Evansville, Indiana is the oldest minor league baseball park still in regular use today, hosting the Evansville Otters in the historic park for 100,337 patrons in 2017. The Otters are part of the independent Frontier League, playing games there since 1995. The park has been used since June 17, 1915 when the Class B, Evansville River Rats of the Central League won the initial contest before 8,082 fans. Photo above: Bosse Field at night, 2006. Courtesy Wikipedia Commons. 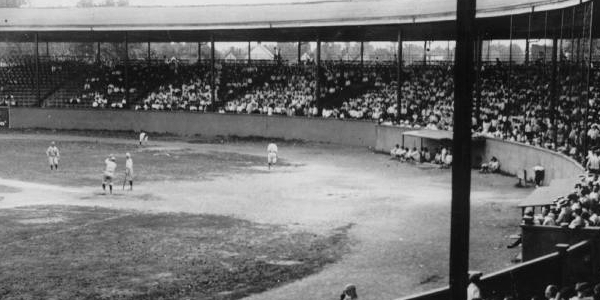 A trip to Bosse Field is like stepping back in time. Yes, it's been seen in movies, a League of Their Own, so you can rent that and see for yourself how it would have been depicted in its former heydey. But even today, that trip to view the minor league otters will bring back the history in its old concrete steps and the brick walls surrounding the ticket windows and the entire park. The Evansville Otters play in Bosse Field for just shy of one hundred games per year, beginning in May and running until the beginning of September. Plan your visit to take in a game and the history.

The ballpark is located just north of the Ohio River in Evansville at 23 Don Mattingly Way, Evansville, IN 47711. For those familiar with Evansville, it is almost equidistant from the Evansville Regional Airport and the University of Southern Indiana. Evansville is located 164 miles southwest of Indianapolis down IN-37 and I-69. It is located 117 miles west of Louisville, Kentucky across I-64 and south on US-41.

Classic minor league baseball ballpark, plus plaques to native son Bob Griese, and old style signs made for the movie "League of Their Own," including one for the Racine Belles. Current capacity 5,181. Past capacity around 8,000.

Hours Open
The baseball season for the Evansville Otters runs from the beginning of May to the beginning of September. At other times, there are tours of the park. Call ahead for that availability if you're visiting out of season.

There's a variety of other attractions in Evansville and the surrounding area. State historic sites dedicated to Colonel William Jones and the Angel Mounds, the Evansville Museum of History, Art, and Science, and the Dream Car Museum. For the nature fan, there's the Shawnee National Forest to the west Hoosier National Forest to the east. For larger history, you're in the arena of Abraham Lincoln history in Springfield, Illinois and Civil War history at Fort Donelson. 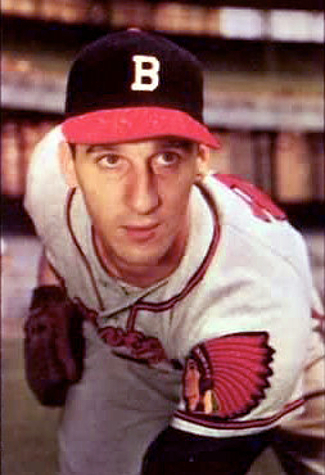 Bosse Field was a municipal project, by the Evansville School Board, the first such project for a baseball stadium in the United States. Mayor Benjamin Bosse helped with the design, and after spending $10,000 for the land, and $55,000 more for construction and fees, Bosse Field opened to the public on June 17, 1915 with a win by the Evansville River Rats of the Class B Central League, 4-0. The Rats would change their name to the Evas for the next two seasons, then be replaced by teams in the Three-I League (Indiana-Illinois-Iowa) for most years between 1919 and 1957. Those years included some interesting nicknames; Black Sox (1919), Pocketeers (1925), before hosting affiliated baseball for the Detroit Tigers (1928-1931) and the Boston Bees (1938-1940) and Boston Braves (1940-42, 1946-1953) and Milwaukee Braves (1953-57). Those years were still in B league Minor League Baseball. After that, affiliated baseball continued until 1984 for the Chicago White Sox (Evansville White Sox of the AA Southern League from 1966-68), then a AAA club for Minnesota (1970), Milwaukee (1971-73), and the Detroit Tigers again (1974-1984) as the Evansville Triplets.

Even more interesting perhaps than team names were the names of five Hall of Fame players who played for one of the Evansville teams. Yes, Hank Greenberg, Edd Roush, Chuck Klein, Warren Spahn, and Sam Thompson plied the same field that you can still visit. They even played professional football at Bosse in 1921-1922 as the Evansville Crimson Giants of the NFL.

Image above: Warren Spahn, Hall of Fame. Warren played for the Evansville Bees in 1941, winning 19 games with an ERA of 1.83. Courtesy Wikipedia Commons. 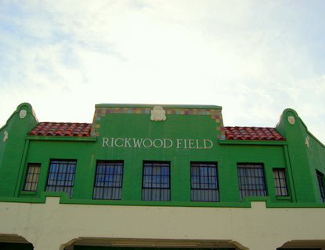 Two other fields in the minor league lexicon that could legitimately claim as the oldest still in use are Rickwood Field in Birmingham, Alabama, and Centennial Field in Vermont. Rickwood, built in 1910, still hosts one game per year for the Birmingham Barons, currently a Double-A affiliate of the Chicago White Sox. Historically, the Birmingham Black Barons of the Negro Leagues also played there from 1920-60. Continuous use of Rickwood stopped in 1987.

Centennial Field in Burlington, Vermont is owned by the University of Vermont and was first used for baseball in 1906 by the University. It didn't begin hosting minor league baseball until the Burlington Cardinals of the Northern League set up shop in 1935, so that's the rub there. Built prior to Bosse, but not used for minor league baseball until the 1930's. However, Centennial Field is currently being used by the Vermont Lake Monsters of the New York Penn League, a short season A league. They are affiliated with the Oakland A's. 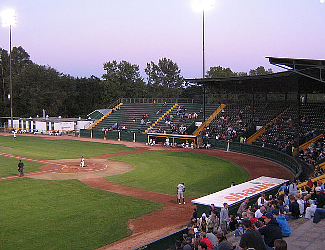 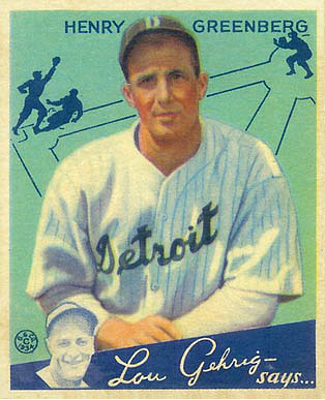 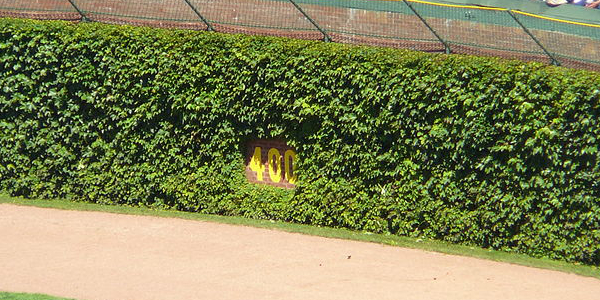 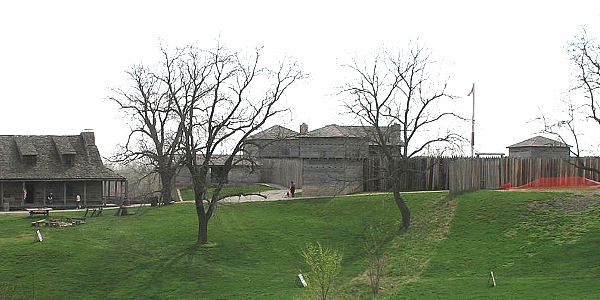 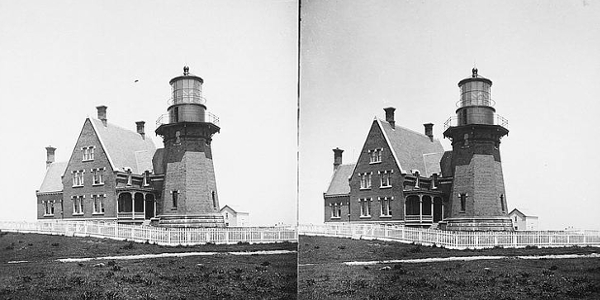 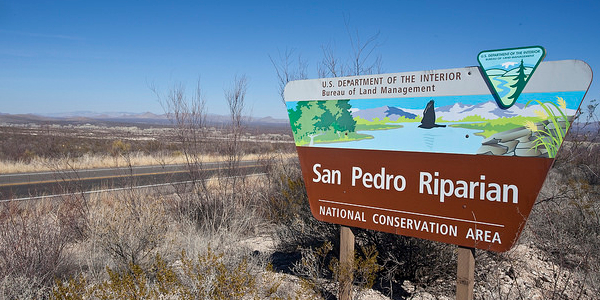