Photo above: St. Louis arch. Right: Lithograph from 1855 of a panoramic view of St. Louis, the Mississippi River, steamboats, trains, and wagons on their way west.

St. Louis Gateway to the West

An arch now towers over the Mississppi River on the west side of the expanse, today causing visitors and residents who cross the large river to view it as a symbol. For most, it is a symbol known as the Gateway Arch, or the Gateway to the West. In reality, it is part of the Jefferson National Expansion Memorial, the park service unit that tells one part of the story of western expansion from the shores of St. Louis, which played such a large part in the migration of trappers, the Army, settlers, and pioneers as shown in the photo above of 1855 St. Louis. This was the scene they saw when approaching the site now holding the arch. To them, it was the beginning of their journey, and a site so awesome, that it would take the better part of years and decades to accomplish both the journey and settlement. St. Louis began as a fur trading post in 1764 when Pierre Lacle'de Luguest and Rene' Auguste Chouteau founded the town. Its location was easy to reach by the Indians and traders. This ease of proximity would propel the city throughout the next two hundred years. In the early days, after the French and Indian War ended in 1763, the Spanish rule on the west side of the river was preferred to the British rule to the east, and the town rapidly grew. When the US consummated the Louisiana Purchase in 1804, its role in western expansion was secured. The steamboat era began in 1817; it was the northernmost navigable point for large boats and culled another period of expansion. By 1850, it was the largest city west of Pittsburgh and the second largest port behind New York City.

It was a large city, and growing. In 1840, St. Louis had 20,000 people; by 1850, there were 77,860, and ten years later, 160,000. It had grown 800% in twenty years. And with this growth, it became the starting off point for the many wagon trails and later, railroad journeys, that pulled the population of the United States even further west into existing territories and soon to become states.

Jefferson National Expansion Memorial pays homage to Jefferson's role in expanding the boundaries of the United States as well as to the pioneers who settled the land.

Trails West Through the Missouri Gateway

California Trail - The largest migration in history crossed this trail in the 1840s and 1850 to the rich farm and gold fields of California. Over 1,000 miles long. Over 250,000 people.

Lewis and Clark Trail - The Corps of Discovery led by Meriweather Lewis and William Clark began their trek to find a water route to the west coast in 1804 and discovered a window west.

Pony Express Trail - The system of riding the mail from Missouri to California in only ten days prior to the Civil War and the railroad.

Trail of Tears - The 1830's trail leading the forced migration of the Cherokee tribes from the southeastern part of the United States west. 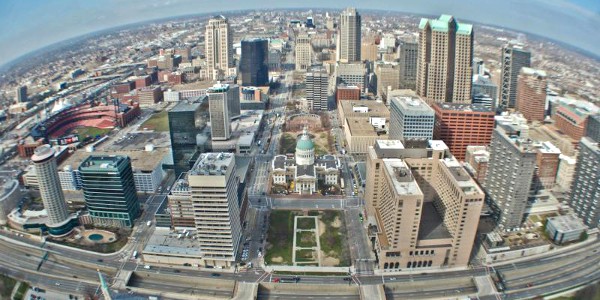 The Gateway Arch - The modern symbol of the west was designed by Eero Saarinen. It's gleaming stainless steel can be toured with a tram ride to the top, as well as view movies about western expansion and visit the Museum of Western Expansion. The arch was completed on October 28, 1965. It is 630' high and 630' wide and cost $13 million to build.

Old Courthouse - Also on the grounds of the park sits the Old Courthouse, whose exhibits focus on the Dred Scott slavery decision and trial, as well as other important trails held within its walls.

Ranger Tours - Forty-five minutes tours are given for free by park rangers on a regular basis. 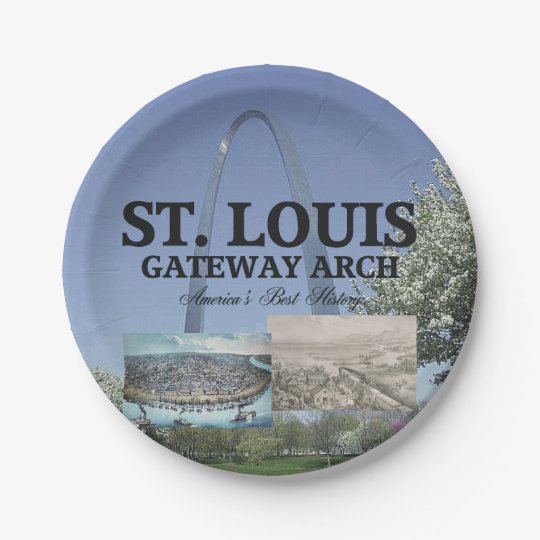 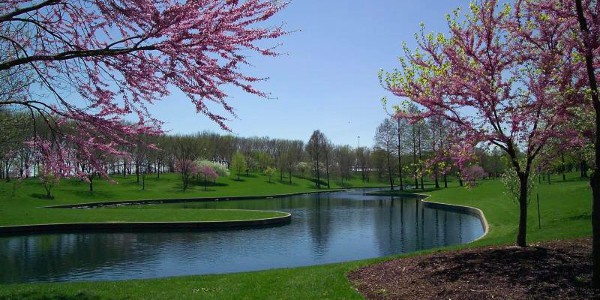 1. Take the tram ride. It will not necessarily evoke a trip across the western plains in a covered wagon. More like a spaceship ride in a small capsule. But once you reach the top and take a gander west outside its windows, you see the expanse (thirty miles on a clear day), yes, modern today, but you can imagine putting all your hopes and dreams into a land so rich, but so wild, and doing it in a wagon with canvas sides. There are a limited amount of tickets for the tram rides each day. Come early or buy in advance if you are visiting on a high attendance day. The observation deck holds only 100-140 people at a time and the trams have a capacity of 80 at a time. They ride at only 3.9 MPH. Geez, about the speed of a wagon train. The entire experience takes about 45 minutes. Remember to get there early enough if you have a timed ticket to make it through the security measures. They can take up to 30 minutes.

2. Take in one of the films, the "Gateway to the West" or "Monument to a Dream."

3. Head outside on the water for a riverboat journey or on ground level for just a walk among the scenery of the park. 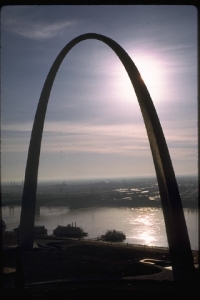 The Gateway Arch and Tram Ride to the Top

The Museum of Western Expansion - Holds a collection of exhibits on 19th century pioneers, the American Indian, plus the Lewis and Clark expedition.

The Old Courthouse - Built over 150 years ago on donated land, the courthouse has exhibits of the two Dred Scott cases in 1847 and 1850.

The above photo captures the St. Louis arch at night. 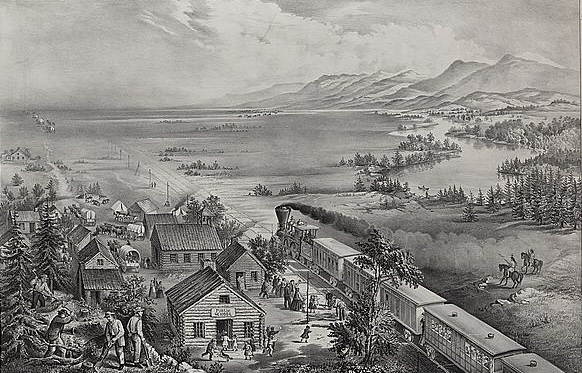 What Happened and What's Coming

In 2015, the 50th anniversary of the site was held, and it's gonna be an exciting time at the old Gateway Arch in St. Louis over the next five years as an expansion of the park, plus new landscape and museum design features are put in place to make the visitor experience there augment that wonderful ride to the top of the arch. It's gonna include a cable car ride across the Mississippi River to the new parkland in Illinois, too. Sounds like a wonderful addition to the story of western expansion told through the arch and its museums.

Photo above: Westward the Course of Empire Takes Its Way. A lithograph by J.M. Ives and F.F. Palmer. It shows a settlement in the west with a town, train, and Indians. 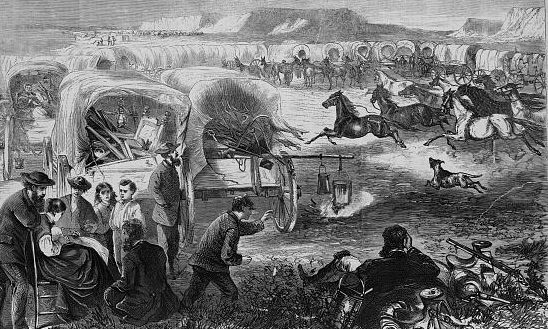 St. Louis is a large metropolitan city with a variety of motels and hotels. For more information, visit your favorite motel travel site, or the visitor bureau for St. Louis and Missouri. There are a number of hotels and restaurants within walking distance of the arch.

Pilgrims on the plains. A lithograph by Theo R. Davis from 1869, showing a wagon train on their way west.