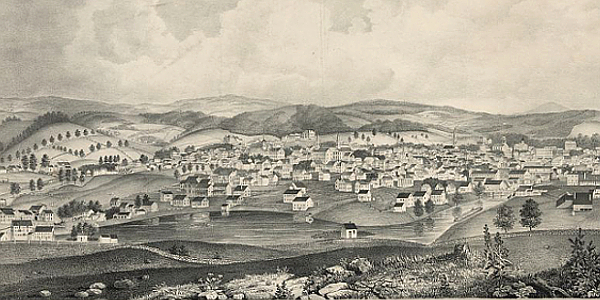 The American Revolution was coming to a close, but the struggle within the emerging nation that sprung from difficult independence was just beginning. There were questions about what form the Constitution would take once the final battles were over, and whether questions about difficult topics, including slavery, would be left to individual states. In Massachusetts, the topic of slavery and free men was in debate since 1781 in three cases brought before the courts involving Quock Walker. Quock Walker was a slave of Nathaniel Jennison due to marriage within the James Caldwell family, who lived in Worcesterand had owned he and his parents since 1754. They were thought to be of Ghana origens; their son Quock was born the year before purchase by the Caldwell's.

Now a widow, the wife of James Caldwell married Nathaniel Jennison, with Walker moving to Barre, Massachusetts with Jennison and his wife in 1769. Quock Walker had been promised his freedom by the Caldwell's by the age of twenty-five by James, then twenty-one by his widow. Jennison denied that promise. With the American Revolution coming to a close and now twenty-eight years of age, Walker left the Jennison farm and hired himself out to Seth and John Caldwell, brothers to his original owner. Jennison seized Walker, beat him, and brought him back from the Caldwell farm to confinement.

Three court cases would ensue. The first of which dealt with the question of assault and battery in the Worcester Court of Common Pleas. Quock Walker sued Jennison on those accounts, won the case, was declared free and awarded fifty pounds for his damages. Walker had asked for three hundred pounds. Jennison simultaneously sued the Caldwell's for enticing his property away, was awarded twenty-five pounds, but that ruling was overturned by the Supreme Judicial Court. In 1783, the question would come to a head in Commonwealth versus Jennison. The Commonwealth brought a criminal indictment against Jennison for the original assault and battery in April 1783. In that case, the Attorney General would argue that Jennison had attacked a free man, due to the promise by Walker's former owner that Walker would be set free at twenty-five years of age. Jennison knew of that promise. But Chief Justice William Cushing went even further; he stated that the 1780 Massachusetts Constitution declared all men "free and equal," thus the owning of slaves as property with freedom to treat that property as one sees fit, was illegal anyway, no matter whether you thought had had been freed or not. The jury agreed. Jennison was fined forty shillings.

By the 1790 census, no slaves were reported in Massachusetts, although chattel slavery, now restated as indentured servitude, still existed in some form. There had been four thousand five hundred slaves reported in the 1754 census.

There was no formal opinion written in the case of Commonwealth versus Jennison. Chief Justice Cushing set forth the argument that all men were born free and equal in the state due to the Constitution in his instructions to the jury. Cushing would be made one of the five original Associate Justices of the United States Supreme Court by President George Washington, nominated in 1786, confirmed by the Senate in 1789.

.... As to the doctrine of slavery and the right of Christians to hold Africans in Perpetual servitude, and sell and treat them as we do our horses and cattle, that (it is true) has been heretofore countenanced by the Province Laws formerly, but nowhere is it expressly enacted or established. It has been a usage - a usage which took its origin from the practice of some of the European nations, and the regulations of British government respecting the then Colonies, for the benefit of trade and wealth. But whatever sentiments have formerly prevailed in this particular or slid in upon us by the example of others, a different idea has taken place with the people of America, more favorable to the natural rights of mankind, and to that natural, innate desire of Liberty, which with Heaven (without regard to color, complexion, or shape of noses-features) has inspired all the human race. And upon this ground our Constitution of Government, by which the People of this Commonwealth have solemnly bound themselves, sets out with declaring that all men are born free and equal ---- and that every subject is entitled to liberty, and to have it guarded by the laws, as well as life and property - and in short is totally repugnant to the idea of being born slaves. This being the case, I think the idea of slavery is inconsistent with our own conduct and Constitution; and there can be no such thing as perpetual servitude of a rational creature, unless his liberty is forfeited by some criminal conduct or given up by personal consent or contract... Verdict Guilty. 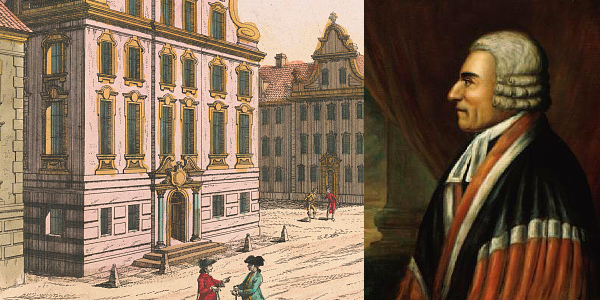