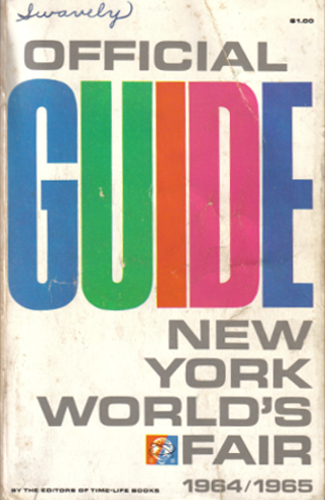 Sanction and Type - Unsanctioned by the Bureau of International Exhibitions. Would be considered a Universal style Registered event today like those on the 0 years of the decade. 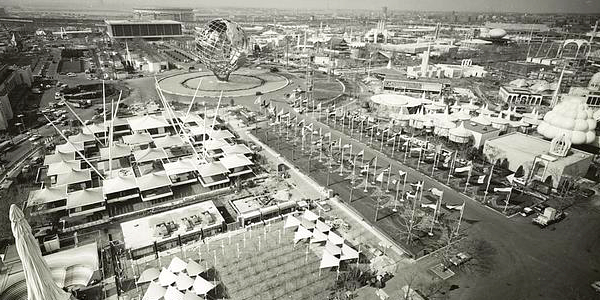 It was the World's Fair that took the progress promises of 1939 and put them into action, even though it's unofficial stature in the lexicon of World's Fairs likely hurt its international side and popularity amongst the press. The stars here were the industrial giants, flexing their muscles in exhibits that would take items such as the interstate highway system promoted twenty years before and already in the making and expand them. General Motors with Futurama, IBM, Ford, Traveler's Insurance, just to name a few, marvelled patrons now in the age of television. And that, in and of itself, isn't the easiest thing to do. And there were long lasting stars; anyone who's been to Disneyland or Disney World, knows of the "It's a Small World" exhibit. That was first shown at the New York World's Fair as the Pepsi pavilion.

The fair was held on the same site as that of 1939, but on a smaller scale. But don't mistake that for being small, held on six hundred and forty-six acres and with one hundred and fifty pavilions, it was a maze of amusement, industrial genius, and enough international representation that it was a World's Fair for the current generation to recall for a lifetime. Coupled with the Montreal fair held two years later, the 1960's were really the last decade of the United States and North America of hosting seminal events of a gigantic scale. Subsequent fairs, even those with the success of Vancouver in 1986, would scale back to special exhibitions. For the United States, they would cease hosting world expositions after small scale expos in Knoxville 1982 and New Orleans 1984 with officials in the State and Commerce Departments thinking that the need to amaze the world with our achievements in industry and invention was no longer there. They'd let McDonald's and the military be the U.S. promotion arm. How's that working out? 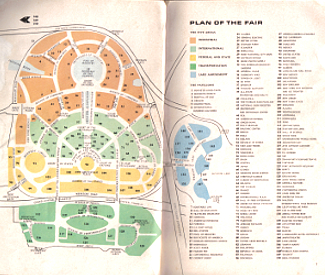 The site had four parking lots for twenty thousand cars, and transportation within the site provided by three hundred Greyhound vehicles. There were picture window buses, tractor-power "Glide-a-ride" trains, four passenger "Escorters", the Monorail, a Belgian aerial ride and the Swiss Sky Ride. For those that were hungry, forty-eight restaurants served full-course meals. There were also eighteen snack bars, and other food choices, one hundred and ten restaurants in all. Thirty thousand people could eat at one time. And after you were refreshed, it was back onto the avenues and zones to see all the attractions. It was estimated to take thirty days to see everything.

It was, in many ways, a Disney extravaganza. They designed displays at Ford, General Electric (Progressland), Pepsi (It's A Small World), and Illinois. Walt Disney thought so much of the New York World's Fair that he proposed that it become the site of the original Disney World that eventually went to central Florida.

Robert Moses, the head of New York public parks and a figure to be reckoned with in New York politics, was the mastermind behind the fair. As president, he allowed large latitude to exhibitors in building design, charging high rent, but giving them a fair for two years, allowing the exhibitors to recoup their costs over a longer time period. This, however, hurt Moses and the fair in one significant manner. Seeking the approval of the Bureau of International Exhibitions, he was denied. They did not agree with breaking their rule of one year fairs. It cost him international standing and official exhibits from many European nations. The official standing went to Seattle's 1962 fair instead.

When the fair closed on October 20, 1965, it was considered a financial failure. It lost millions and had fallen twenty million short in attendance from his seventy million person prediction. There was general media criticism that it was too commercial and that the architecture lacked coordination. The press harping on those factors, and the lack of the BIE approval, soured public enthusiasm. There are some who think that the New York World's Fair went the furthest to discredit the validity of World's Fairs than any other in history. We would not go that far. It did cost bondholders money, though, returning only 62.4 cents on the dollar.

Terry Schupp - "Since the 64-65 fair was largely a remake of 39-40 to many, what had worked before was tried again (General Motors, Ford, etc.). There were new things, however, that proved to be successful. Building Shea Stadium at the same time as the fair to share costs was a good idea. (Something Montreal would copy). The "people-moving" devices that were developed were copied and used at other fairs and amusements parks. The style of robotic animation pioneered at NY 65-65 became an industry standard (Lincoln in the Illinios exhibit, It's a Small World, the Dinosaurs in the Ford exhibit). It was a great theme "Peace Through Understanding" and, God knows, the world needed a dose of that kind of thinking in 65-65, and New York City, on the surface, seems like an ideal place to promote same. (UN headquarters and all that) However, the boycott of the fair by most European countries (because it ran 2 years and was "unofficial") gave the lie to the intended theme." 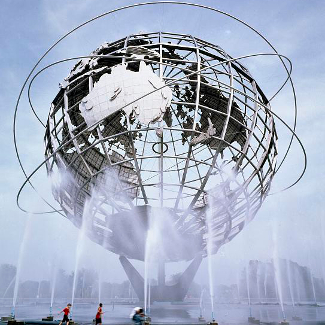 Fair coincides with the 300th anniversary of naming of New York, given by English in 1664 when they took city from Dutch.

Legacies
Hall of Science was supposed to remain; it became the New York Hall of Science. Singer Bowl was converted into a stadium for the Flushing Meadow Tennis Center (National Tennis Center), which is now on the grounds. The original stadium was torn down in 2016 as part of the Tennis Center renovation. The Unisphere remains an iconic figure as well. The New York City Building, originally from the 1939 fair, would be used to house the Queens Museum, as well as the Amphitheatre, from 1939, which stood until it was torn down in 1996. 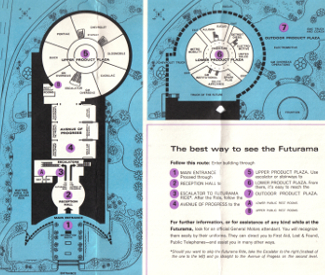