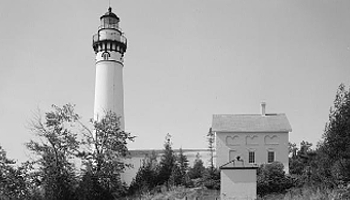 When you stand on the bluffs, some up to four hundred and fifty feet high, above Lake Michigan and stare across the expanse of lake in your wake, a sense of awe and tranquility begins to seep into your mind. On some days, it might even take you past the everyday problems that traveled with you. What visitors to Sleeping Bear Dunes already know, is that for whatever moment of fun, wonder, or tranquility transpires while you're there, you do get to enjoy the beach, the water, a hike, and some history along the way. And if you like lighthouses, well, there's a really cool one on an island one great ferry ride away that's been around for awhile. 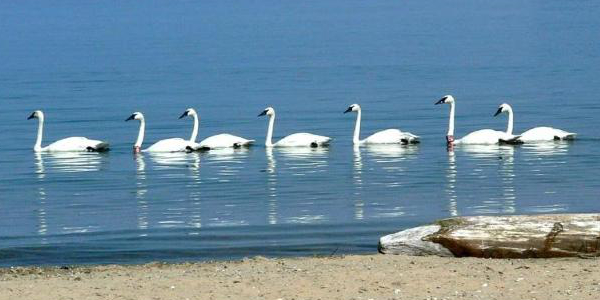 The Manitou Passage has been a busy shipping lane for centuries prior to highways and visitor services. This waterway between the South and North Manitou Islands and the mainland was a natural location for docks and refueling. And the building of the South Manitou lighthouse became a necessity as traffic grew. The original lighthouse was built in 1839, and updated twice, in 1858 and 1871. There was also, at one time, a second lighthouse on North Manitou Island, was swept away in 1930.

The legend of Sleeping Bear. It's a pretty sad story. The legend says that a mother bear and her two cubs were pushed into the lake by a forest fire, and tried to swim to safety. However, the two cubs did not make it while the mother bear did. The two islands, by legend, were created to represent the two cubs. The solitary dune on the mainland represents the mother.

Once the shipping history of the area was secured, its farming and logging heritage took root. This is represented in the park by Glen Haven and the various farmsteads in the area. 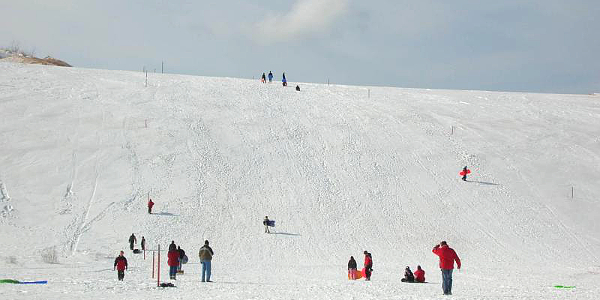 Once you wander into the Philip A. Hart Visitor Center and grab a map, you'll start to get a feeling to just how large and wonderful Sleeping Bear Dunes is. Yes, there's two islands a ferry ride away, one with that cool lighthouse, and both with campgrounds for you to camp in, all within the confines of Lake Michigan waters. But there's also a good deal more, and even more than the thirteen trails to explore. On South Manitou Island, there are seasonal motor tours, Giant Cedars, and a Visitor Center. On North Manitou Island, it's your basic wilderness. Down on the mainland, well, there's those trails, lakes, rivers, a Maritime Museum, farmsteads to explore, and a scenic drive that you really should explore. It's gonna take awhile to visit, but that's what a Michigan vacation into fun and history should be, isn't it.

South Manitou Island - The lighthouse still stands, but is no longer in use as a lighthouse. It serves for interpretation. Once the North Manitou Lighthouse was swept away, a crib light was built further out on the shoal, which made the south lighthouse obsolete. It has not been used since 1958.

Glen Haven, Point Oneida, and Ghost Towns - You can visit Glen Haven today and see a representation of a Michigan logging village. The D.H. Day General store serves as the Visitor Center. Ghost towns dot the area. They're interesting to explore. Why are there ghost towns here? Well, after the Chicago Fire of 1871, there was a great demand for timber and logging towns sprang up all over the area. By 1910, the timber was gone and there was no need for many of the towns to remain.

In the Point Oenida district, there are farms that show what the agricultural heritage of the area was; some are in the midst of a plan for additional restoration. 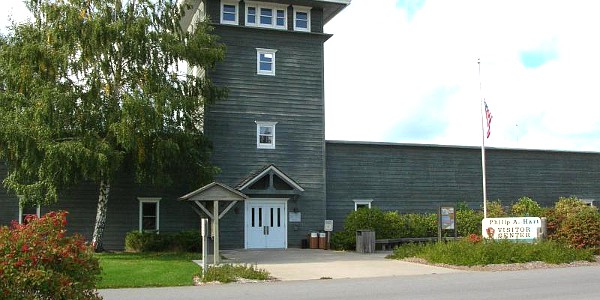 1. Go on a ranger guided Star Party. This is one pristine place to look into the night sky. Now any of the ranger programs at this diverse park would be great to catch, but this one at night might just have a bit of a different edge to it.

2. Take a tour of the South Manitou Lighthouse. It's one of the distinct images of the park, so it would be a shame not to learn a bit more about it. To get there, you have to take a ferry, and you should reserve ahead of time, get there forty-five minutes early, and bring a packed lunch. The ferry takes off from the Fishtown Dock, north end of the lakeshore park, in Leland. Prices are $40/adult, $20/kids 12 and under. Prices subject to change without notice.

3. Go to the beach. The dunes are cool to climb and for those in a midwest state of mind, it's one of the best places to do sand duty. 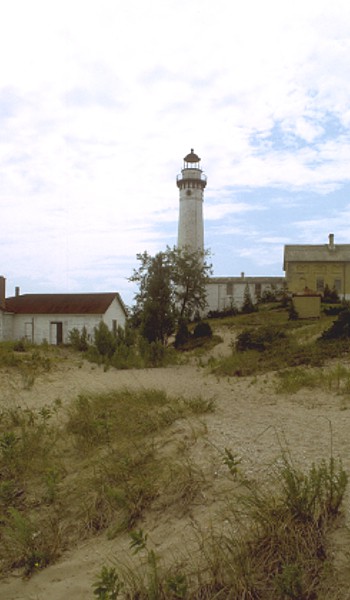 Philip A. Hart Visit Center - It's located in Empire and the best location to get oriented, find out about park ranger programs, see their exhibits on the heritage of the area, and more about the wheres and hows of Sleeping Bear. There is also a Visitor Center in the Glen Haven General Store and on South Manitou Island.

Lighthouses - Only one within the park, the South Manitou Island Lighthouse, open for tours, but no longer in operation. There are many other lighthouses in the area outside the park boundaries, including Point Bessie Lighthouse, Grand Traverse, Mission Point, and South Fox Island.

Pierce Stocking Scenic Drive - It's 7.4 miles of beautiful coastline and view, which many say is a must see in the park. 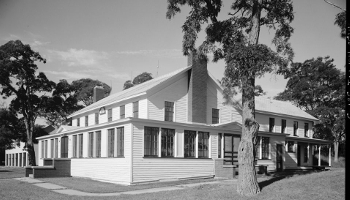 There are thirteen sections to the trail system at Sleeping Bear Dunes. All totaled, over one hundred miles to trek.

President Barack Obama signed the Sleeping Bear Dunes National Lakeshore into the Wilderness act program on March 3, 2014. It was the first such designation since 2009. What was included? Thirty two thousand five hundred fifty-seven acres of dunes and forests. It includes land on both South and North Manitou islands, plus the mainland. 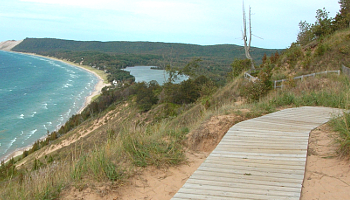 While there is no traditinal lodging within Sleeping Bear Dunes National Lakeshore, outside camping, there are a variety of lodging choices in the communities nearby. Check out your favorite online lodging site for the motel, hotel, or bed and breakfast of your choice.

Group Campgrounds - Five located throughout the park and on the islands. There are two associated with the Platte River and D.H. Day campgrounds.