1600 - In present-day Arizona and New Mexico, members of the Franciscan order of the Catholic Church establish missions in Hopi and other tribal areas under charter from the King of Spain. 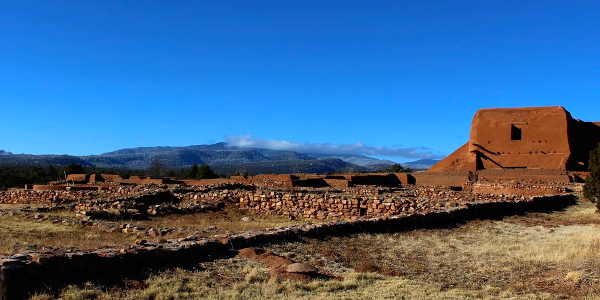 Surrounding the beginning of the 17th century, Spanish and Church authorities headquartered in New Spain (Spanish Mexico) began to consider another round of colonization and conversion of native american Indians in the territories north of the Rio Grande River, in their Province of Santa Fe de Nuevo Mexico, as well as today's Arizona. The first wave of this new policy would begin just prior to 1600, with a missionary presence established in New Mexico in 1598. For the next thirty years, these missions would pop up around the pueblos of the Indians, from the area navigated and populated by the Hopi tribe, the Tiwa, and others. All of these missions would fail, although some would last until the Pueblo Revolt of 1680, with a few reestablished after Spanish reconquest a decade later.

How did they get there? What transpired over those thirty to forty years when most of the initial missions were established? A charter between the church and Spain had been agreed upon. Franciscan priests would create religious outposts to convert the Indian population to Christianity and make them more Spanish. It began with Juan de Onate, the colonial governor and conquistador, and his need for a capital after his establishment of the Province in 1598. That capital was located at San Gabriel de Yungue-Ouinge at the confluence of the Rio Grande and Rio Chama Rivers. This was the site of the Yunque pueblo of the Puebloans, which they agreed to abandon and allow the Spanish to occupy. By fall, a church had been established, Mission San Gabriel. However, the Mission as well as the capital at that location would only last through the tenure of Juan de Onate. When his successor took power in 1610, the capital was moved to Santa Fe, and the Spanish settlement there would eventually vanish.

Other Temporary Spanish Missions in the Southwest

In the thirty to forty years of the missions being built from the Rio Grande to California, more than thirty churches were constructed in New Mexico alone. They were supplied by wagon trains from Mexico, which, every three years, would bring them forty-five gallons of wine, twenty-six gallons of oil, one hundred yards of sackcloth, candlewax, paper, and blankets.

For example, in 1619, the Mission of Our Lady of the Angels of Porciuncula was established near the Pecos Pueblo. Two churches were built, one in 1619 and a larger structure in 1625. Both churches were constructed outside the pueblo itself. The mission was destroyed in the Pueblo Revolt of 1680 when the Spanish were evicted from New Mexico. Once back in control, the Spanish built a new church at Pecos in 1717. Ruins of the more current church and the foundation of the earlier church remain in Pecos National Historical Park.

Nuestra Senora de la Purisima Concepcion de Quarai was built from 1626 to 1632 on land of the Southern Tiwa. It was founded by Fray Juan Gutierrez de la Chica. Inside the church for an unknown reason sits a Square Kiva, a subterranean Puebloan religious structure that was built during the same time period as the church construction, circa 1622 to 1645. This suggests that it was built with Spanish missionary supervision. Drought and attacks from the Apache caused the pueblo and mission church to be abandoned prior to the Pueblo Revolt, in 1675. Ninety acres of the ruins of the pueblo and mission can be visited within Salinas Pueblo Missions National Monument.

South of Albuquerque, the San Agustin de la Isleta Mission was established in 1622, in an area that had been visited by Coronado in 1540. Franciscan friar Juan de Salas built the mission, i.e. convent, which thrived as a waystation for natives ousted from their homes by Apache raids through the Pueblo Revolt. At the time of the revolt, this pueblo may have numbered up to two thousand people. During the revolt the pueblo was burned. A new mission was established in 1710 upon the return of Spanish Rule.

In Arizona, Franciscan mission churches began to establish a presence toward the end of the 1620 decade. Mission San Francisco de Oraibi, Hopi territory, was established. The Pueblo Revolt caused its demise. Ruins of the mission can still be seen today. Two other missions were also established in 1629 in Hopi Territory, Mission San Bernardo de Aguatubi and Mission San Bartolome de Shungopove. Their demise also coincided with the Pueblo Revolt of 1680.

Awatovi (Aguatubi) was one of the largest pueblos of the Hopi. It had been visited by Pedro de Tovar for Coronado's expedition, revisited in 1583 and the succeeding decades, but gained no mission until 1629. During the Pueblo Revolt, the Hopis razed the church and killed the priests at various pueblos in their territory. When the area was reconquered by Spain in 1692-3, the Hopis reswore their allegience to the King. That did not, however, last long. Less than one decade later, in 1700, tensions between the Hopi and the converted in the area of Awatovi resurfaced with all the residents of the pueblo killed or scattered. The pueblo was never reestablished. The ruins of the site still exist. 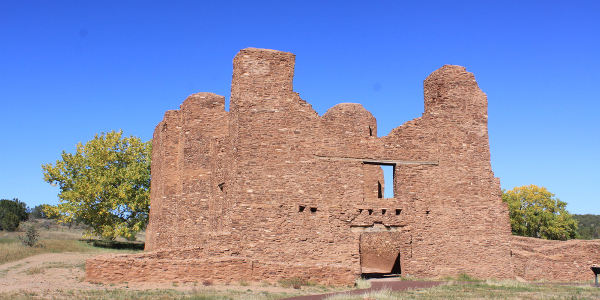