September 19, 1650 - Treaty of Hartford signed between the Colony of Connecticut and New Netherlands, trading claims along the Connecticut River for land on Long Island. 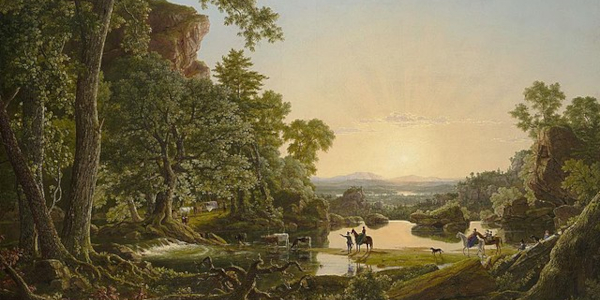 The Colony of Connecticut had been part of the New England Confederation since 1643, a military alliance with the other New England English colonies of Massachusetts Bay, Plymouth, and New Haven, but were still having problems with their border to the south with the Dutch colony of New Netherlands. Border disputes were common, although despite European tensions between the English and Dutch, there had been no true war on the colonial side between those factions. However, for twenty years there had been debate over the territorial claims of both. The English had been settling further and further south and west in what the Dutch East India considered their territory.

The Colony of Connecticut had been established in the Connecticut River Valley on March 3, 1636 with no charter (not chartered until 1662) as a Puritan settlement, founded by leaders John Haynes and Thomas Hooker, a Puritan minister, plus one hundred members. Initial towns of Hartford, Windsor, and Wethersfield were combined into the colony itself by 1639 with Haynes as first governor. They merged with the smaller Saybrook Colony located several miles south in 1644. By 1650, they laid claim to much of what is today's Connecticut, except for the lands of the New Haven Colony, plus the western half of Long Island. For the Dutch, this increasing pressure on their claims needed to be addressed, but Dutch Director-General of New Netherlands, Petrus (Peter) Stuyvesant, wished to do this peacefully despite the fact that the Dutch East India company, his boss, thought that their claims extended the entire length of the Connecticut River to Narragansett Bay.

New Netherlands itself had been growing slowly; only three hundred in population by 1625 with the majority centered around two areas, Manhattan Island and a small outpost at Fort Orange in Albany. There had been, however, rapid growth in the English colonies of New England since 1630. In 1633, however, the Dutch got to the Connecticut River Valley first, erecting Fort Good Hope in the area of Hartford; the English colonial response was to build a fortified home just above the small Dutch fort. Even before the company of Haynes and Hooker arrived near Hartford in 1636, another group of English settlers had settled in the area of Windsor in 1635. The Dutch took no action against either of them; Fort Good Hope was garrisoned by only fifteen or so men. By 1645, the English had expanded beyond those two towns and now included ten in the Connecticut region and on Long Island. By 1650, the population of New Netherlands had grown to four thousand while the English colonies had grown to twenty-two thousand.

Peter Stuyvesant had arrived in 1647, and knew by 1650, that in all practicality, he could not defend the Dutch claims of an area that large that had little to no Dutch settlement, but growing English homes. In April 1650, the Dutch East India Company instructed Stuyvesant to make some agreement that could solidify the area they area held in Manhattan and the Hudson River Valley. Stuyvesant traveled to Hartford to negotiate with the Connecticut Governor Edward Hopkins. Representatives of both sides were appointed to engage in the negotiations.

In the end, what did they agree to. The Dutch gave up those Connecticut claims for a boundary line fifty miles west of the Connecticut River on the mainland and one on Long Island that would today be in the center of Nassau County. The parties signed the Hartford Treaty on September 19, 1650.

Back in Europe, the Dutch East India Company agreed with the treaty, but the English did not. There is disagrement as to how the English authorities treated it. Some state that it was never submitted for approval; others state that it was refused, because the British did not acknowledge any Dutch claims to American colonial territory. Despite all of that, no matter the actual truth of the English response, the Treaty of Hartford held for fourteen years until the English took over New Netherlands in 1664.

Articles of agreement made and concluded at Hartford upon Conecticott September 19th, 1650, betwixt the deligates of the honered comissioners of the United English collonies and the deligates of Peeter Stuijvesant, governor generall of New Netherland.

1. Upon serius consideracon of the differences and greivances propounded by the two English colonies of Conecticot and New haven and the answare made by the honered Duch governor Peeter Stuijvesant Esqr., according to the trust and power comitted unto us as arbetrators or deligatts betwixt the said parties; wee find that most of the offences or greivances were things done in the time and by the order and comaund of Monsr. William Keift, the former governor, and that the present honered gover[nor] is not duly prepared to make answare to them. Wee therfore think meete to respet the full consideration and judgment conserning them tell the present governor may aquamt the H. M. States and West india Companie with the perticulars that soe due reparacon may accordingly bee made.

2. The comissioners for New Haven complained of severall high and hostile injuries which they, and others of that jurisdicon have receved from and by order of the aforsaid Monsr. Keift in Delaware bay and river, and in theire returne thence as by theire former propositions and complaints may more fully appeere; and besids the English right claimed by pattent^ presented and shewed severall purchases they have made on both sids the river and bay of Delaware of severall large tracts of land unto and somwhat above the Duch house or Fort there with the consideracon given to the said sachems and theire companies for the same acknowlidged and cleared by the hands of the Indians whom they affeirme were the true propriators, testifyed by many wittnesses; they allso affeirmed that according to theire apprehensions they have sustained 1000 1. damage, partly by the Swedish governor but cheifly by order from Monsr. Keift, and therfore required due satisfaction and a peacable possession of the aforsaid lands to injoy and improve according to theire just right. The Duch gover[nor] by way of answare affeirmed and asserted the right and title to Delaware on the South river, as they call it, and to the lands there as belonging to the H. M. States Westindia Companie, and professed hee must protest against any other claime ; but is not provided to make any such profer as in such a treaty might bee expected; nor had hee comission to treat or conclude any thinge therin, upon consideracon whereof wee, the said arbitrators or deligates, wanting sufficient light to issue and determine any thinge in the premises, are nessesitated to leave both parties in state quo prius to plead and improve theire just enterests at Delaware for planting or trading as they shall see cause; onely wee desire that all proseedings there as in other places may bee carried on in love and peace tell the right may bee further considered and justly issued either in Europe or heere by the two states of England and Holland.

3. Conserning the seyzing of Mr. Westerhouse 15 shipp and goods about 3 yeares sence in New Haven harbor upon a claime to the place; the honered gover[nor] Peeter Stuijvesant Esqr., professing that which pased in writing that way was through the error of his secretary, his intent not beeing to lay any claime to the place, and withall affeirming that hee had order to seize any Duch shipp or vessell in any of the English collonies or harbors which should trade there without exprese lycence or comission; wee therefore thinke it meet that the comissioners of Newhaven accept and acquiesse in this answare.

Conserning the bounds and lymitts betwixt the English United Collonies and the Duch Provence of New Netherland wee agree and determine as followeth:

2. The bounds upon the mayne to begine at the west side of Greenwidge Bay, being about 4 miles from Stanford, and soe to runne a northerley lyne twenty miles up into the cuntry, and after as it shalbee agreed by the two goverments of the Duch and of Newhaven, provided the said lyne com not within 10 miles of Hudsons river.

And it is agreed that the Duch shall not at any time heerafter build any house or habitacon within six miles of the said lyne, the inhabitants of Greenwidge to remayne tell further consideracon therof bee had under the goverment of the Duch.

Conserning fugitives. It is agreed that the same way and course shalbee observed betwixt the English of the United Collonies and the Duch within the provence of New Netherlands as according to the 8th article 19 of confederacon betwixt the English collonies as in that case provided.

Conserning the proposition of a nearer union of friendshipp and amity betwixt the English and Duch nacon in these parts, especially against a common enimie, wee judg worty of due and serius consideracon by the severall jurisdictions of the United Collonies and accordingly desire it may bee comended to them that soe a resolucon may bee had therin at the next yearly meeting of the comissioners.

And in testimony of our joynt consent to the severall forgoeing conclusions wee have hereunto sett our hands this 19th day of September, anno Dom[in]i, 1650. 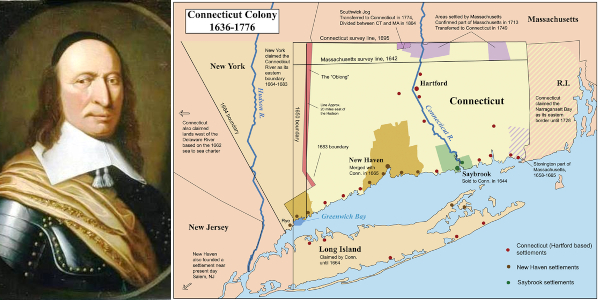