Attendance - 5,187,826 paid visitors. Total final attendance was 5.706 million, including paid and children under 6, but not including employees, performers, and others. Foreign visitors estimated at 55,000.

Site Acreage - 50 ground acres for exhibits on site of 100 acres, including the Spokane River.

Sanction and Type - Sanctioned by the Bureau of International Exhibitions on 11-24-71 as a Special Category Expo. At the time of the expo, the B.I.E. sanctioned fairs as General Category 1, 2, and Special. Would be considered a Special Category, Recognized event today like those on the 2-3, 7-8 years of the decade. 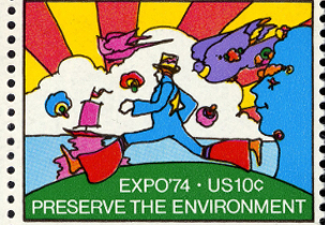 It was small, but it was ambitious. A public works project in many ways meant to return a decaying downtown area into a public park in a city, the smallest up to that point, that would ever host a World's Fair. It was pertinent, with Earth Day activities all the rage across the country that Expo '74 would use the special theme nature of a Special Category fair with B.I.E. sanctioning to such effect. Over a five year period of time, Spokane reclaimed the area around the Spokane Falls and cleaned the river for a spectacular fairgrounds, and got ten nations to participate, including an $11.5 million pavilion from the United States. Yes, international participaiton was less than they wanted, striving for twenty-three. The city businessmen were behind the effort, taxing themselves to pay for bonds. It is estimated that Expo '74 sparked $700 million in economic activity during the ten years surrounding the event. It is estimated that the reclamation project, without the fair, would have taken twenty-five years to pull off. The dream of a riverfront park had been around since 1910. Now it was a reality.

But what was the fair itself like. It was grand. Yes, small, but grand. The most popular pavilion was constructed by the Soviet Union. Canada, with Alberta and British Columbia in tow, built theaters on Canada Island. The United States had an environmental film on the largest screen in the world at the time, an IMAX film taking visitors on a ride down the Grand Canyon Colorado River rapids. The Washington Pavilion, costing $12 million, would become an Opera House and Convention Center. Overall, there were fifty pavilions with one hundred and four exhibitors. There were two Theme Plazas; the Bicentennial Plaza and Travel Terrace. And entertainment could be had in the Folklife Festival, Alberta Ampitheatre, Opera House, Boeing International Ampitheater, and the Children's Theater. 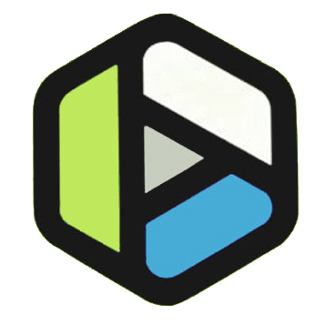 The fair was a success despite the troubles of hosting in a small city and the fuel crises that may have hurt attendance. But to draw 5.2 million to Spokane, 400,000 more than expected, for an event over six months was a spectacular achievement. The legacies left and reclamation of the city would be models for future fairs, although with sketchy success. It spurred a national debate on green living, something little known at the time, and asked the question whether man had responsibility for the earth. Did it turn a profit? No, not in a traditional sense. Although the bond holders seemed okay with the call on their pledges to retire the debt, sending in more than needed, so maybe that fact, even in a traditional sense, seemed okay.

Bob Carriker - "Not until January 1974, when the fair was only five months away, did the public come to understand that it was "really going to happen." Yes, the site had seen a lot of changes, both demolition and construction, but still there was a feeling of uncertainty. After January 1974 the excitement began to build. Opening day, by all accounts, exceeded expectations. That is my point. No one could be really sure that even on Opening Day the city would respond with love and enthusiasm. When it did, everyone felt we were "over the top" regarding public acceptance. The media was upbeat and positive prior to opening day. The inches of newsprint were excellent. These guys (Expo Authority) were professional from the get-go. Strong press releases and many of them. There is a direct link between the positive media stories in the local, and to a certain extent the national, press and the professionals in the Expo corporation. The Expo people gave the press something to work with. Everyone loved it. Critics were silenced and, in fact, became supporters. The number of season passes must have jumped in the first week after the fair opened. Media continued to do a strong job right through to the end of the fair. Dorothy Powers was pretty much a reporter for the paper who was assigned to the Expo. I know that whenever I had a story about Ford that I wanted to "plant" it nearly always came out in print. TV was tough. Print was very cooperative. I think I planted about six stories and realized failure on only one or two at the most."

Neil Felgenhauer, Spokane Daily Chronicle - "The Spokane fair was innovative on several fronts. 1) It was among the first smaller world's fairs with a specific theme - its was "Celebrating Tomorrow's Fresh, New Environment" - in contrast to the larger, "universal" fairs, such as hosted by New York and Seattle. 2) It demonstrated that a smaller city, such as Spokane, could successfully host a fair if it had the right mix of community, private, public, governmental, commercial and international support. 3) It was unique among fairs up to that time, I believe, in sponsoring a months-long series of symposia specifically dealing with the fair;s theme. I was privileged to cover most of these symposia for the Spokane Daily Chronicle, and I was very impressed by the environmental competence of the speakers and the real-world relevance of the topics they addressed. This series gave the Spokane fair a valuable dimension that reached far beyond the exhibits and entertainment offered at any fair. The fair site was on 100 acres of island-studded downtown riverfront property beside the famous Spokane Falls. Fairgoers found a treed, waterside mecca next to all the amenities of downtown Spokane. What they may not have realized is how the site largely had been used for decades preceding the fair. It was reclaimed from an unsightly collection of rail tracks, many of them laid on top of rusting steel viaducts, that served two downtown rail stations. The railroads donated much of the land needed for the fair, and now the city has on the site a beautiful downtown Riverfront Park that will be enjoyed for generations to come. In addtion, Spokane residents seem to have an unusual appreciation for their surrounding environment, which ranges from the irrigated farmland to the west, the rolling hills of the Palouse farmland to the south, and scores of lakes amid lush forests to the east and north." 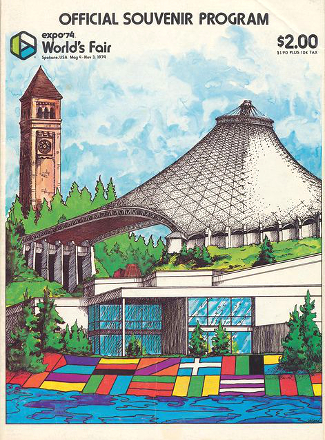 Expo Tidbits
There was an attendance of 85,141 on opening day, including President Richard Nixon.

First expo held in the United States as an official member of the Bureau of Internatioanl Expositions. Presidential proclamation went out January 31, 1972. The Expo was organized by the Expo '74 Corporation, a nonprofit organization established under the laws of the State of Washington.

Special Features of the fair were the Envinromental Syposia Series (cost $510,000 with twenty-one different official events).

The Amusement Park had high priced rides at 70 cents and the concessionaire of the amusement park, Arnold Kagan, paid $500,000 for the right, which was a crucial infusion of cash a few months from opening day.

According to a report by Washington Department of Revenue and the Department Of Management at Eastern Washington University on Expo's economic impact. Expo brought Spokane an extra $23.1 million in new construction, extra $27.3 million in revenues for transportation, communications, and utilities, $15.9 million in restaurant business, $10.9 million in miscellaneous retail sales, $7.5 million for hotel/motel accomodations, $19.4 million in motion picture and other amusement revenue, and $5.1 million for service stations. % gains were 35.5% rise for restaurants, 67% for hotels/motels, 165.8% for amusements. Total Expo boost to Spokane's economy was $139 million.

Legacies
Expo '74 left a Riverfront Park for the city, see photo below, along the Spokane River. The Washington State Pavilion became the Spokane Opera House and Convention Center. Art Center also on site. Amphitheater sponsored by Boeing, 1,000 seats, still used for outside concerts. American Forest Pavilion was moved east of the United States Pavilion and now used as an open air meeting house. Bavarian Garden Restaurant designed for after fair use of carrousel, which has run since the fair. Clock Tower of Great Northern Railroad Station still stands and the fair headquarters is used as a Y.M.C.A. The Japanese Garden remains. U.S. Pavilion has housed a variety of uses; multimedia show, science center, ice skating rink, and amusement park.

King Cole was president of Expo Authority. U.S. Commissioner-General appointed June 21, 1973, J. Welles Henderson of Philadelphia. He was succeeded by Claude Bekins of Seattle on June 30, 1974. 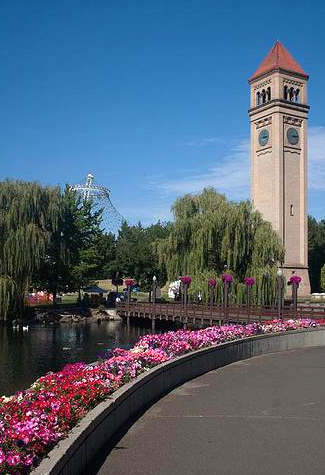