May 5, 1891 - Carnegie Hall, then known as Music Hall, opens its doors in New York with its first public performance under the guest conductor, Tchaikovsky. 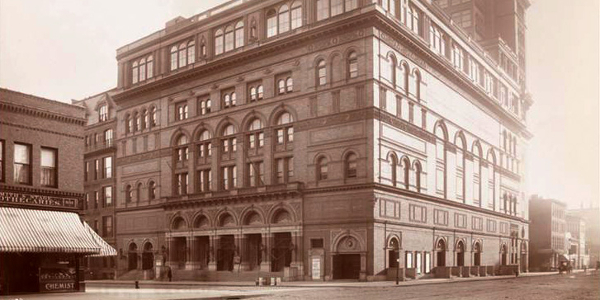 It was the preeminent concert performance facility in the United States for one hundred years, and many say it still is. Originally known as just Music Hall when it opened in 1891 on Seventh Avenue, and renamed after its benefactor Andrew Carnegie two years later, Carnegie Hall hosted a variety of events for a New York public eager to hear the philharmonic or see a Republican convention. The accoustics were likely wasted on that.

Carnegie funded its construction, which began in 1890, on the design by architect William Burnet Tuthill. Originally meant as a venue for the New York Oratorio Society and the New York Symphony Society, performances began in April 1891, which led to the official first opening day performance, the May 5 concert by Tchaikovsky and conductor Walter Damrosch. Damrosch had been the driving force on the project since an 1887 voyage to Scotland coincided with the honeymoon trip of Carnegie and their discussion about the need for a concert hall. The Carnegie family owned the property until 1925. In the ensueing years, until the building of Lincoln Center, the New York Philharmonic was its main tenant. The New York Symphony Society and New York Philharmonic had been rivals until merged in 1928.

With Lincoln Center built, there was discussion about the need for two major performance halls in Manhattan, with demolition possible. In May 1960, the City of New York purchased the building and created a non-profit, the Carnegie Hall Foundation, to run it.

There are three perfomance spaces and a sixty story office tower next door to the original structure. Main Hall (Isaac Stern Auditorium) seats 2,804 patrons. It was home to the New York Philharmonic from 1892 to 1962. Zankel Hall is a 599 seat auditorium originally known as Recital Hall and was the first to open to the public in April 1891. It has two levels. Weill Recital Hall is the smallest performance space with 268 seats, and was originally known as Chamber Music Hall. The building also includes space for the Carnegie Hall Archives and the Rose Museum. The Rose Museum is dedicated to the history of Carnegie Hall and has been open since 1991. The building was registered a National Historic Landmark in 1962. It is six stories tall.

The office tower known as Carnegie Hall Tower opened in 1991. Sixty stories tall, it includes backstage and banquet space, plus offices. From the front, it is only fifty feet wide.

June 15, 1892 - The first African American performance at the hall was by Sissieretta Jones, an American soprano.

February 12, 1962 - Beatles performed two concerts at Carnegie Hall during their first tour of the United States. 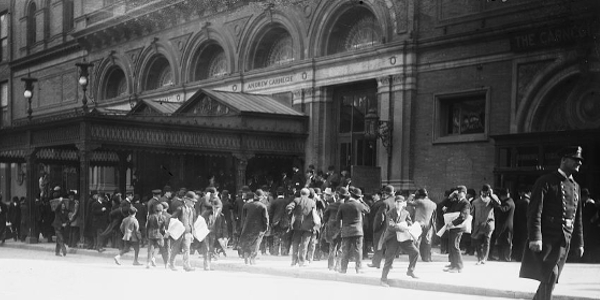