February 4, 1899 - Filipino independence fighters under leader Emilio Aguinaldo begin a guerrilla war after failing to gain a grant of independence from the United States, which they had been fighting for from Spain since 1896. 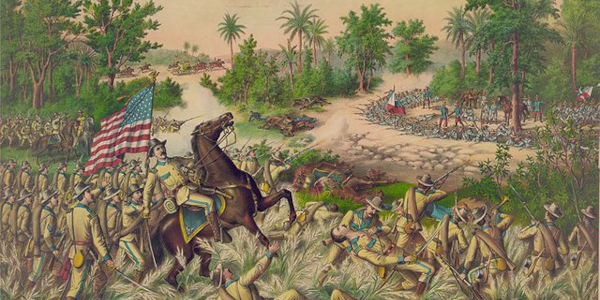 Filipino guerrillas had been fighting for their independence from Spain since 1896, but, during the Spanish American War, had halted most aggression against Spain since an uncompleted truce in December 1897 as the Spanish battled the United States throughout the Philippines and the Caribbean the next year. Now, with American troops on their soil, and an end of that war leading to a peace treaty between Spain and the United States that would give the Philippines to another power, the insurgent guerrillas were not willing to agree to another nation controlling their islands. They still wanted independence.

By the end of the Spanish American War, there were six hundred and forty one American officers and fifteen thousand and fifty-eight enlisted American soldiers in the Philippines. The Filipino guerrillas, led by Emilio d'Aguinaldo, de factor President of the First Philippine Republic, were well manned, with an estimated thirty thousand men at their disposal at the beginning of the war. They wanted, at first, an agreement of independence. They were prepared, and stated that it was already done, in August 1898, to have a governing structure in place in the fifteen provinces of Tagalo descent, perhaps two million people, thus less than half of the total Philippine population, which was an estimated seven million.

"The Americans have, of course, come to give independence to the Philippines? ... Do we not find the people as worthy of self-government as the Cubans? ... Why will General Anderson not recognize the government of President Aguinaldo?," Secretary to Aguinaldo, 1898.

However, despite some agreement on the ground between the military commanders of the United States and the de facto insurgent government, there was no agreement between the parties and Washington, who did not view Aguinaldo's government as a stable institution and were worried about another foreign power, Germany or Japan, taking control. It became apparent through the negotiations with the two parties in Spain and the United States that what Aguinaldo and the guerrillas wanted was not going to come to pass. This lack of recognition was relayed to Aguinaldo in correspondence with Major-General E.S. Otis, the U.S. commander in Manila, on January 9, 1899. Less than one month later, Emilo d'Aguinaldo announced a declaration of war against the United States on February 4, 1899, two days before Congress would approve the Treaty of Paris to end the Spanish American War, which was finally completed April 11, 1899, ceding the Philippines to the United States in Article III. It had been apparent that the Americans did not wish to grant immediate independence to the Philippines and their young, twenty-eight year old, insurgent President Aguinaldo.

Conflict had begun between American soldiers and the insurgents on the night of February 4, 1899, which Aguinaldo contended was accidental and he stated that the insurgents still wished to have peace. But General Otis denied, stating that it was time to end the conflict and disagreements through battle. The 1899 Battle of Manila would be waged over two days between nineteen thousand soldiers of the United States and fifteen thousand rebels. The war had begun.

Timeline of the Philippine American War

March 24 to August 16, 1899 - Malolos campaign under General MacArthur attacks capital of First Philippine Republic at city of Malolos, capturing it on March 31.

April 16, 1902 - General Malvar surrenders. Lukban had been captured in February.

July 1, 1902 - President McKinley issues Philippine Organic Act, stipulating that a legislature composed of two parts, an elected Philippine Assembly, which convened in 1907, and second, Second Philippine Commission, an appointed body of U.S. members at first, headed by William Howard Taft. That commissio would also have limited executive powers and eventual include Philippine members. The United States Bill of Rights would be extended to Philippine citizens. 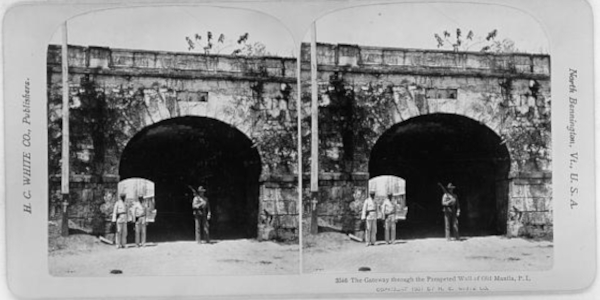