When Abraham Lincoln won the presidential election of 1860, it was doubtful that he knew much about the small Pennsylvania farm town only a short train ride away from Washington, D.C. Even when the cannons roared their shot into Fort Sumter in April of 1861, the thought that Confederate states, now calling for secession, would invade a northern town in an attempt to win recognition from European allies and break the back and will of the Yankee citizenry was beyond him. But it would be so. Photo above: Scene from the 150th Anniversary reenactment of Pickett's Charge. More than 15,000 visitors participated from the Confederate perspective with 25,000 waiting from the Union side. The Gettysburg Visitor Center & Museum, including the new film, A New Birth of Freedom, Exhibits, and Visitor Orientation.

Ranger guided walks around the entire battlefield (free of charge), the schedule of walks from mid-June to mid-August is long and varied, with fewer during the off peak season. Photo Below: Warren statue on Little Round Top. Great Walk to take.

Double decker bus tours, licensed battlefield guides that will take you on a private tour inside your own car, and horseback rides around the battlefield.

Outside the Park: Ghost tours, town walks, Civil War theatre, a variety of museums from the American Civil War Museum to the Lincoln Train Museum, plus an IMAX experience. 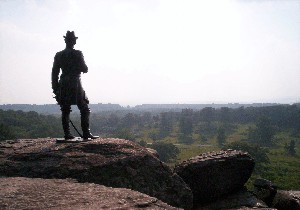 Other Recent Additions to the Museums in Gettysburg

Beyond the park visitor center, there are almost a dozen private museums in Gettysburg, many along the Steinwehr Avenue corridor. These include the fine Gettysburg History Center, including the Diorama of the entire battle in miniature and its light and sound show. For more info, go to the Gettysburg Diorama.

Another small addition to the landscape of Gettysburg museums is the privately run Gettysburg Museum of History. It's compact, it's free, and wonderful.

Wandering downtown Gettysburg with your kids and want a great place to get them interested in history with a twist, stop by Civil War Tails at the Homestead. It's so unique and child friendly, you're not gonna believe it. 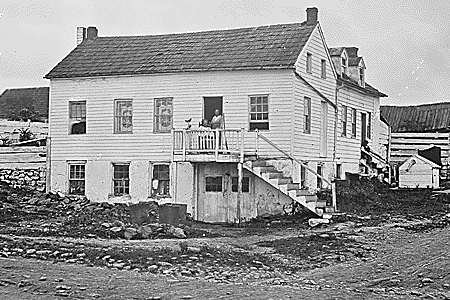 Although Gettysburg is a relatively small town, it is geared toward providing a great experience to Civil War tourists, perhaps more than any other site. There are bed and breakfasts, motels, hotels, and campgrounds that should suit everybody's needs. If you want the motel experience, we're partial to the area around the old visitor center location on Steinwehr Avenue. This location is within walking distance of Pickett's Charge, the High Water Mark, the National Cemetery, and the myriad of private museums from the Battle Theatre to the Hall of Presidents and First Ladies. With the new trolley service, you'll be able to travel down to the new visitor center and museum, plus downtown from this location. 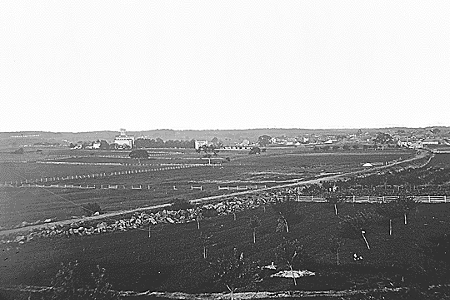 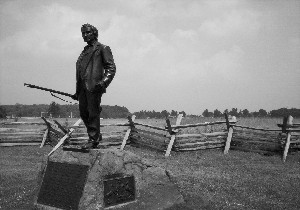 Statue of John Burns on McPherson Ridge, Gettysburg, the only citizen to fight in the battle. John Burns would personally meet Abraham Lincoln on November 19, 1863. 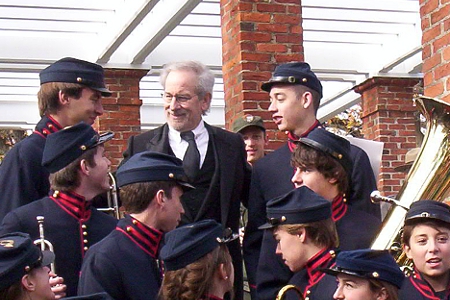 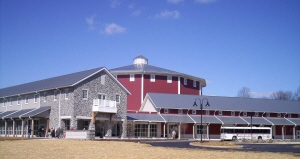 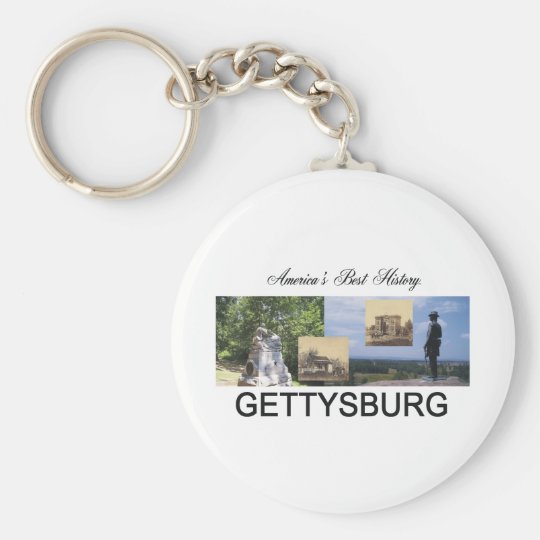