It had gone through a variety of incarnations since its first writing in what is thought 95 A.D. on an island off the coast of Turkey. Historians think that the Old Testament of the Hebrew Bible began to be written in the 8th century B.C. when royal scribes wrote their history during the reign of Hezekiah. In the 6th century during the reign of Josiah, two additional books were added, Deuteronomy and Judges. In the 3rd Century, the Hebrew Bible was translanted into Greek.

But what about that writing in A.D. 95? Since the early Christian church grew out of Judaism, they continued the tradition of adding inspired books, gospels, and others into the specific religion's canon. In the first century CE, these books, the New Testament, began to write the history of Jesus and his followers. But these were still being transcribed and/or written on papyrus. During its third stage of development, the final canon was agreed upon during the fourth century, in a series of synods, i.e. the Synod of Hippo in 383 CE. Jerome produced a definitive Latin Vulgate version, which included an agreed upon canon by the Pope, which effectively set the New Testament.

How did the Bible Become Published?

That's when we come to Gutenberg and his printing press. His version, known as the 42 line Bible, was the earliest major book printed with moveable type. Johannes Gutenberg in Mainz, present-day Germany, using the St. Jerome version, printed it using the Hebrew Old Testament and the Greek New Testament, containing one thousand three hundred pages. There are forty-nine copies in existence today (only twenty-one of them are complete); it is thought that around one hundred and eighty were produced, circa 1454-5. The copies sold out immediately, for 30 florins, which was the approximate three year wages of a clerk.

The first readily available version of the bible is likely the Geneva Bible, which completed publication in 1560. It was an English translation, and the primary bible for 16th century Protestants, used by William Shakespeare, sent to the Americas on the Mayflower, and was mass produced for the public to read, with accompanying guides to understand the text. Its text was more forceful than its predecessor, the Great Bible, which was the first authorized Bible in English, in 1539, by King Henry VIII.

History of the King James Version

Authorized and commissioned in 1604 by King James I after the Hampton Court Conference for the Church of England, the bible would become one of the leading forces that would shape the New World. It contained thirty-nine books of the Old Testament and twenty-seven books of the New Testament. What made the King James version different was the middle section known as the Apocrypha, fourteen books that were additional and used predominantly in Protestant denominations for more than a century and a half.

It was printed by the King's Printers; John Norton and Robert Barker.

Why was it thought needed after the Great Bible and the Geneva Bible? The Puritans did not like the other versions. Six panels of experts biblical scholars, forty-seven men, worked on the text and translations. By the eighteenth century, it had become the version used in most Anglican and English Protestant churches, replacing the Latin Vulgate amongst English speaking scholars. 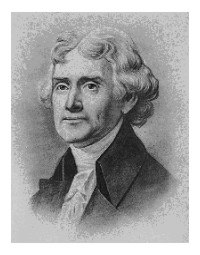